Khawaja’s last Ashes outing was in 2019, when he managed only a top score of 40 through the first three Tests before making way for Steve Smith’s return from injury at Old Trafford and The Oval.

The 34-year-old has been on form in the Sheffield Shield, with 404 runs across six innings in the domestic competition.

Usman Khawaja, 34, is back in the Australia fold after super form on the domestic scene 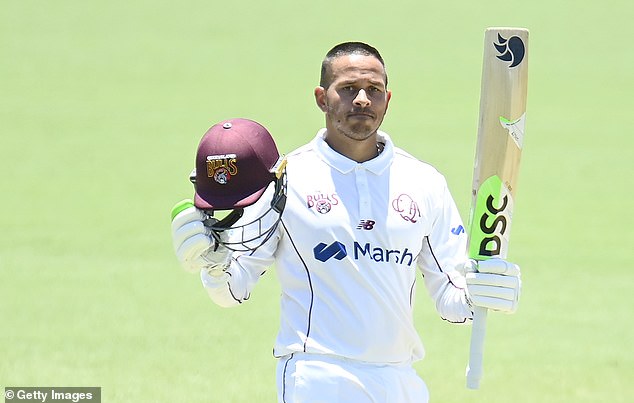 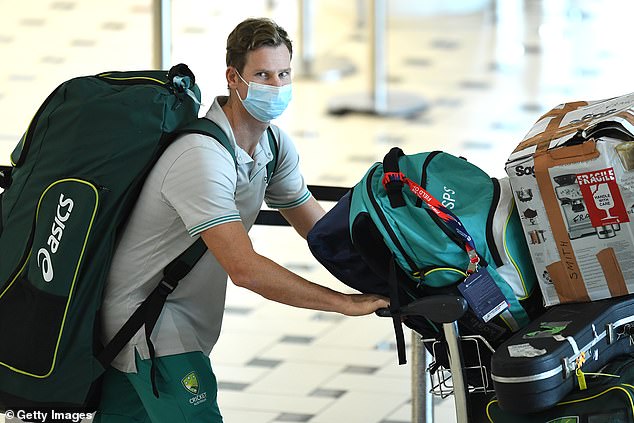 George Bailey, chairman of the National Selection Panel, said Khawaja had been in ‘great touch’.

He added: ‘He brings a calm, consistent and experienced component to the batting line up and is a proven run scorer at Test level.

‘He also has the ability to bat across a range of positions in the batting order.’

Khawaja looks set to battle with Travis Head for a spot in the final 11, with the latter putting together an innings of 163 early in the domestic season but falling off the pace a little of late.

‘He drives the game forward and can put the opposition under pressure with his ability to score quickly.’

Meanwhile, Marcus Harris has been backed to form a strong partnership with David Warner at the top of the order after success in the English season.

‘Marcus has been a consistent run scorer domestically and had a strong winter further developing his game with Leicestershire,’ Bailey said. 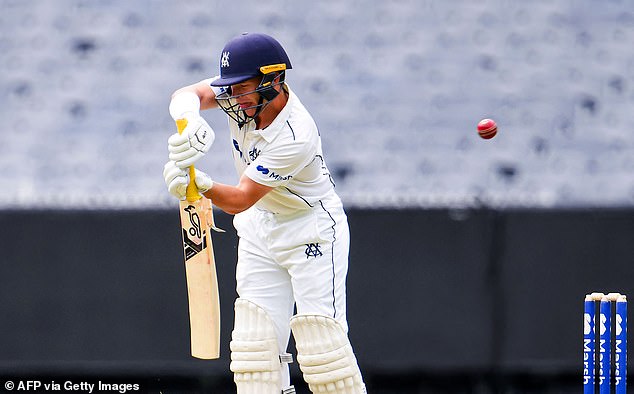 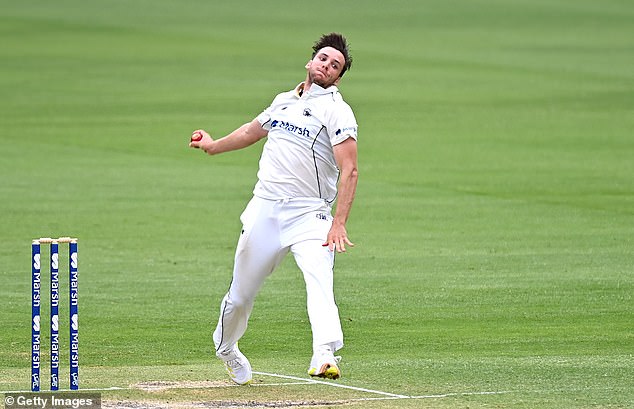 To the ball, and paceman Jhye Richardson is back in the squad, Michael Neser forms part of the 15 as he recovers from a hamstring injury and leg-spinner Mitch Swepson provides backup to off-spinner Nathan Lyon as a spinner.

The Ashes begin at the Gabba on December 8 and the Second Test will be a day-night affair in Adelaide.

Prior to the series, England will have two intra-squad matches in Brisbane, Australia one and an England Lions team will face an Australia A side including T20 World Cup winners Mitchell Marsh, Josh Inglis and Ashton Agar.

‘This group is well balanced to ensure we are prepared for the many challenges of an Ashes Series,’ Bailey said.

‘It has a mix of experienced, proven performers and emerging, developing talent.

‘We will take this 15-player squad into the opening Test in Brisbane and the pink ball match in Adelaide, after which we can reassess for the remaining matches.’