Australia’s housing market could crash 20 per cent from its peak in two years as residents continue to lose confidence, according to an internal report by the Reserve Bank.

Experts believe the ‘downside housing price scenario’ could see prices drop a fifth under current trends as the building industry is hit by rising costs and consumer support plummets.

Documents from an internal assessment by the Reserve Bank show particular concerns for the Sydney and Melbourne markets, where prices were already dropping 10 per cent in some areas.

House prices have fallen in every capital city except for Darwin for six-consecutive months since the January peak.

Australia’s housing market could crash 20 per cent from its peak in two years as residents continue to lose confidence, according to an internal report by the Reserve Bank

National housing prices unexpectedly fell in the June quarter, largely due to crashes in the NSW and Victorian capitals.

Sydney saw a 1.8 per cent drop in September, a slight improvement on August’s 2.3 per cent fall.

Sales in the Harbour City fell a massive 31 per cent, and are down 21 per cent on its five-year average.

Auction volumes fell and clearance rates dropped, and the Reserve Bank predicted the trend would continue through the end of the year, according to The Australian.

Price growth also slowed in other major cities around Australia, as well as regional areas and RBA modelling predicted that would continue through next year.

National house prices would as a result decline by 11 per cent from peak to trough by the end of 2023.

The judgement is based off RBA’s downside scenario, where Australians become pessimistic about the market and it would drop to a record low 20 per cent below the peak by the end of 2024.

That would be twice as big as what the RBA previously predicted based on models from economists.

‘This would have an effect on both dwelling investment, especially later in the forecast horizon, and consumption,’ the report warned. 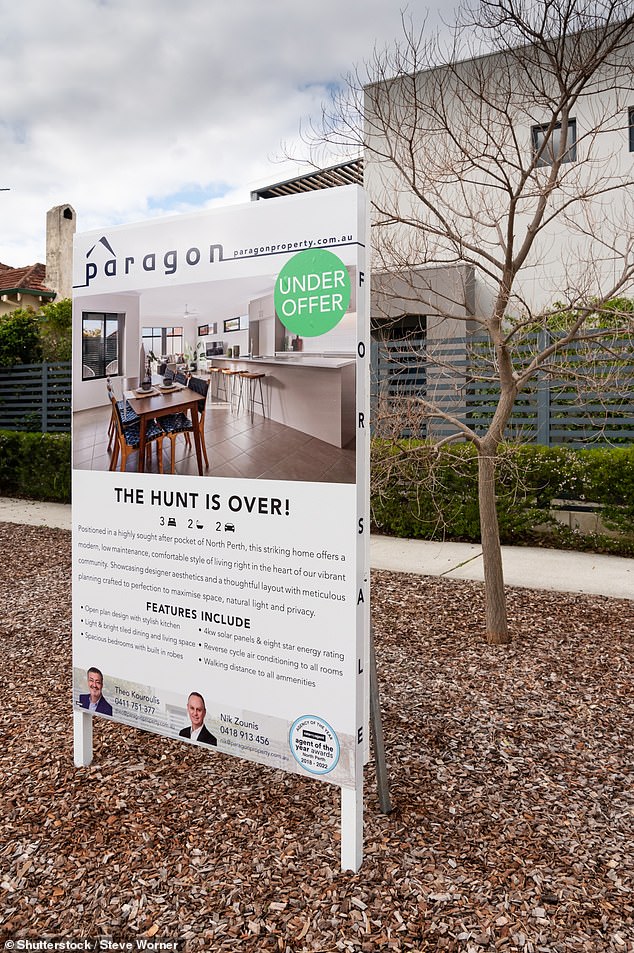 The report noted vendors refused to budge on prices set before the crash, which was creating animosity on the market.

Listings were 15 per cent down on the previous five-year average, while average residential prices were also down.

High-profile agencies, including Ray White Double Bay, were thinning their staff in expectation of this downturn.

The firm cut two employees already and had a 30 per cent drop on listings from last year.

‘Owners’ expectations have to adjust and agents’ behaviour has to adjust,’ director Elliott Placks said.