Anthony Albanese has tried to buy back Australia’s relationship with France by paying hundreds of millions of dollars more than was needed to axe the abandoned submarine contract.

The prime minister confirmed at the weekend that Australia is paying $835 million to French Government-owned Naval Group shipbuilders to ditch the $90 billion diesel subs deal.

But details of the contract have now been leaked that reveal Australia was only required to pay a $90 million ‘break fee’ to the shipyard to cancel the order.

There was no compensation agreement written into the deal if it was scrapped – but Australia paid an additional $745 million over and above what was required.

Even if the order had moved on to the next stage of development, Australia would still only have been liable to a $250 million compensation fee, the AFR reported.

The bonus extra payment to the shipyard is believed to have been a bid to rebuild Australia’s shattered relationship with France after the uproar over the axed deal.

It was ditched after the Coalition government did the secret $70 billion AUKUS deal with the UK and US for nuclear submarine technology instead of French diesel subs.

President Emmanuel Macron accused Scott Morrison of lying to him over the move that blindsided the French, which the then-PM denied. 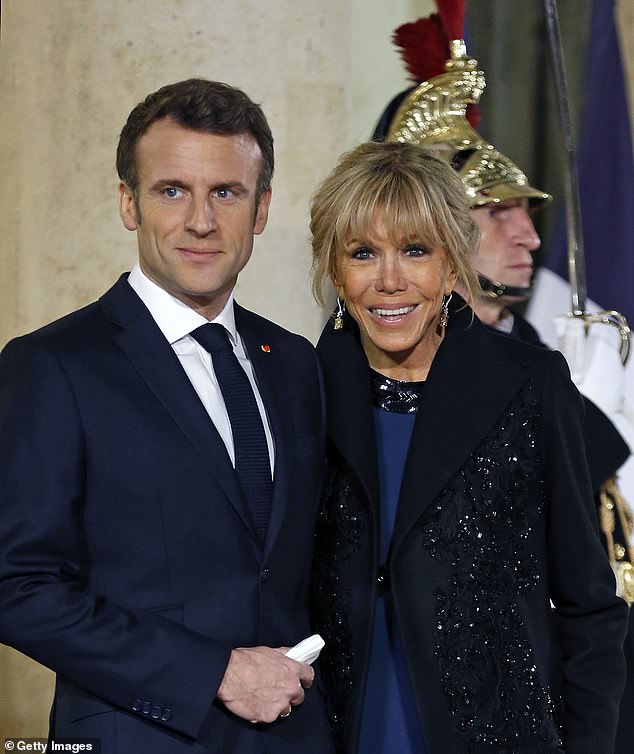 President Macron welcomed the election of the new Labor government last month and hailed it as an opportunity to ‘heal the ruptured relationship’.

‘Australia has a new team in power, we are happy to be able to work with them,’ French defence minister Sebastien Lecornu said on the weekend.

‘Just because a government in the past did not keep its word, it does not mean we have to forget our strategic relationship.’ 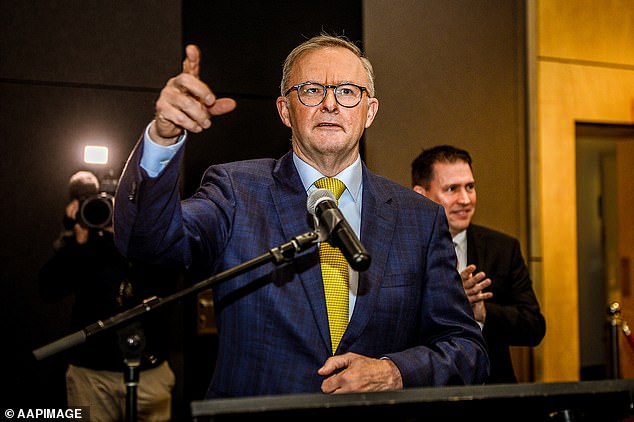 Mr Albanese said the deal was value for money if it meant Australia and France could move on from the previous row and would ‘rule a line under the contracts’.

‘This is a fair and an equitable settlement which has been reached,’ he said as he announced the deal.

‘It follows discussions I’ve had with President Macron and I thank him for the cordial way we are re-establishing a better relationship between Australia and France.

‘Given the gravity of challenges we face both in the region and globally, it is essential Australia and France once again unite to defend our shared principles and interests.’

The total cost of abandoning the French deal was originally estimated by then-defence minister Peter Dutton at $5.4 billion but the final tally is now $3.4 billion.

Defence department officials said details of the deal were secret but a spokesman added: ‘Australia has negotiated a fair and equitable global settlement with Naval Group to close-out the contract.

‘The details of the settlement between the two parties are confidential, although the total value of the settlement, which includes all of the allowable termination costs, is €555 million – about $830 million at the agreed exchange rate.

‘This will bring the total expenditure on the Attack class submarine project to $3.4 billion out of the approved $5.4 billion.

‘As the Prime Minister has stated, Australia’s relationship with France is very important and the settlement ensures that Australia can now move forward with this relationship.’

Daily Mail Australia has contacted the the Prime Minister’s Office, and opposition leader and ex-defence minister Dutton for comment.