Zali Steggall held on to Warringah under challenge from women’s sport campaigner Katherine Deves. Peter Dutton looked under threat from Labor in his Brisbane seat of Dickson, with the ABC projecting he will lose to Labor’s Ali France.

The ABC has so far called 44 seats for the Coalition, 35 for Labor and four for independents.

Former NSW minister Andrew Constance was ahead of Labor in Gilmore with a six per cent swing to the Liberals with 11 per cent of the vote counted. The Labor seat on the NSW south coast is seen as a must-win for the Coalition.

The Liberals looked set to hold the crucial Tasmanian seats of Bass and Braddon but were losing ground against independents in Sydney and Melbourne.

Former Labor Minister and power broker Graham ‘Richo’ Richardson has called the election result as a win for Labor following swings to the ALP in the Liberal-held seats of Reid and Bennelong.

‘We’re home,’ he said on Sky just before 7pm. ‘Let’s crack the champagne.’

The Greens were trending ahead in the Labor seat of Griffith in Brisbane with five per cent of the vote counted. Nationally the Greens vote was two per cent up to 12 per cent.

The United Australia Party vote was relatively high across the board – up to eight per cent in some seats.

North Sydney Liberal MP Trent Zimmerman was also under threat, with independent Kylea Tink ahead after seven per cent of the vote counted. 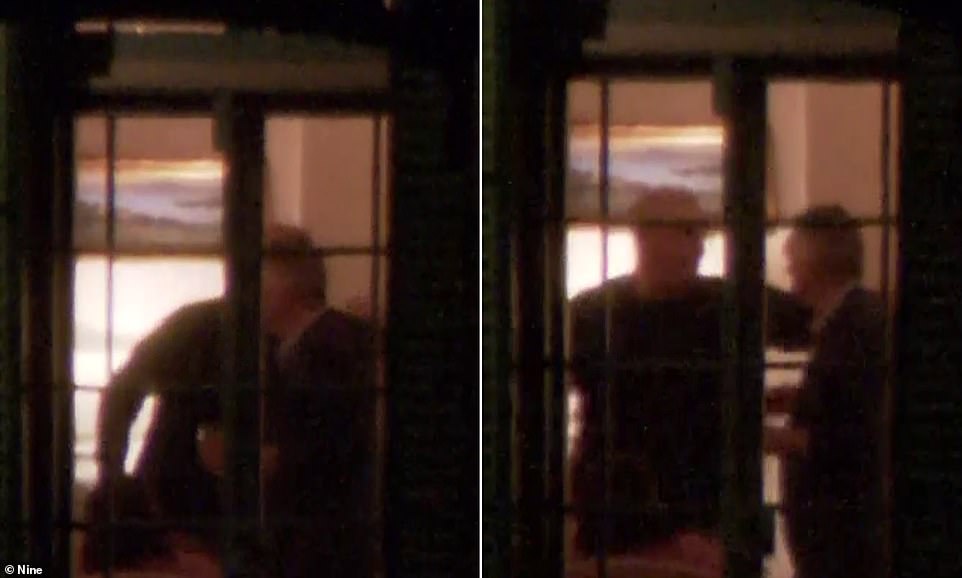 Tanya Plibersek said the Labor seats of Dobell and Macquarie in regional NSW were looking good for the ALP.

After polls closed, Scott Morrison stripped off his suit and was seen in casual dress with a no-collar shirt and a jumper as he chatted to colleagues inside Kirribilli House in Sydney.

Both leaders have function rooms in Sydney booked to make their concession or victory speeches. 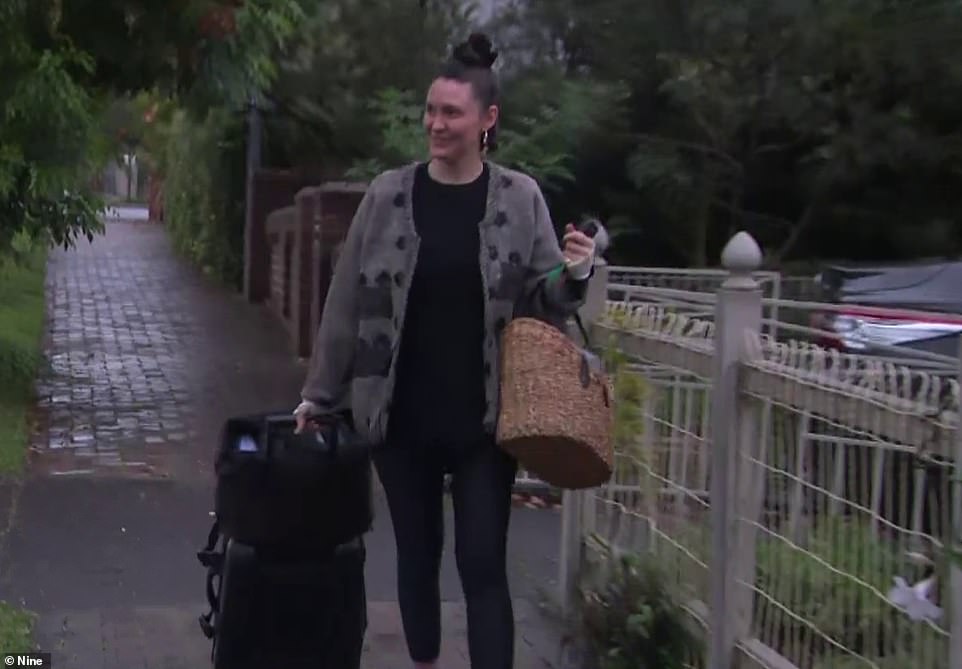 Should there be a change of government, this would only for the fourth occasion since World War II where Labor has won from Opposition.

Mr Morrison is hoping to win the Coalition a fourth straight term in office. High inflation and the rising cost of living are key issues.

Earlier on Saturday Australian voters in marginal seats were bombarded with an 11th hour text message from the Liberal Party about the arrival of two asylum seeker boats, just hours before polls closed. 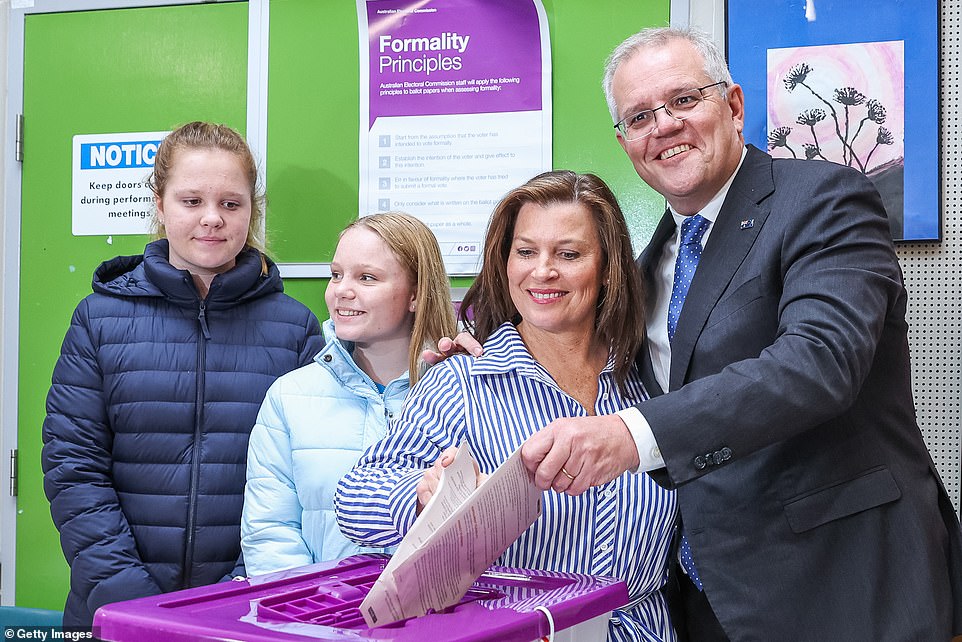 Mr Morrison was accompanied by wife Jenny and daughters Lily and Abbey as he slipped his ballot into the box at Lilli Pilli Public School, Sydney’s south, on Saturday 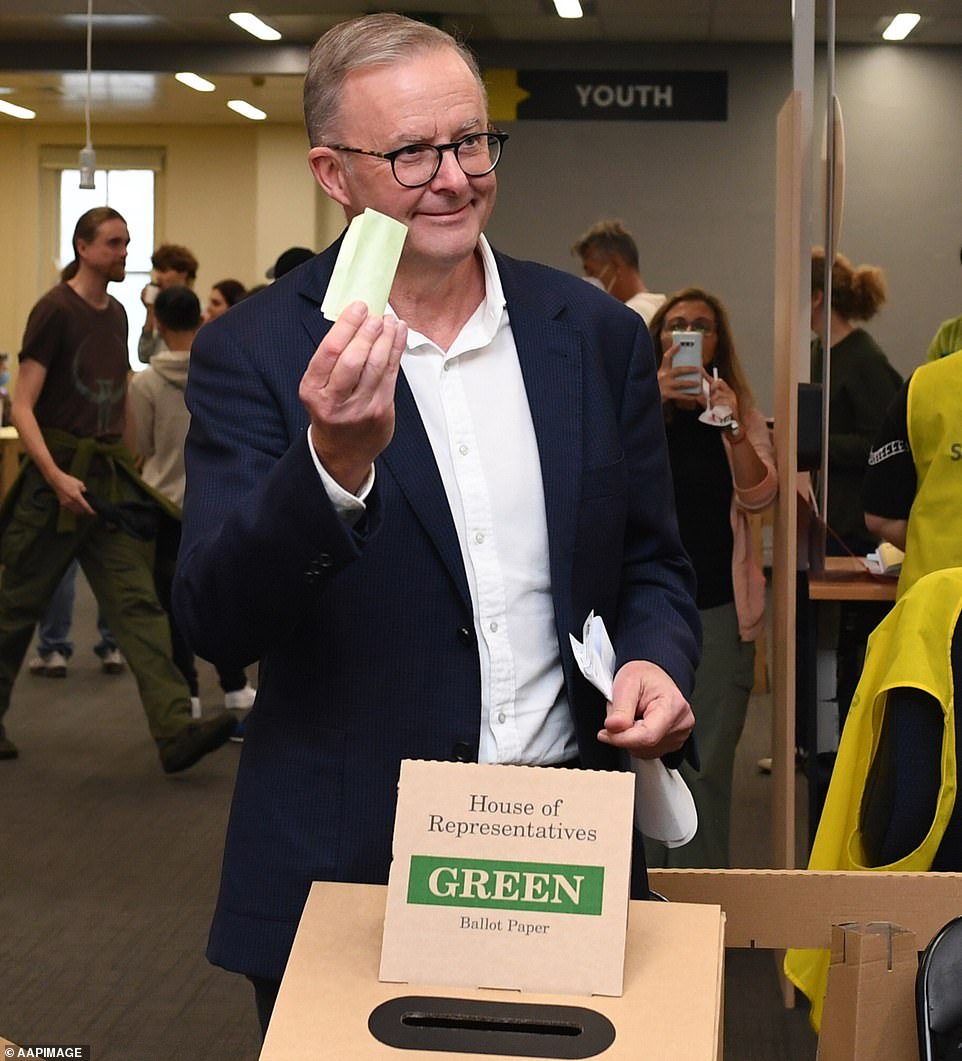 The texts, which are being sent as a ‘news alert’ refer to an ‘illegal’ boat that was intercepted by Border Force officials allegedly trying to enter Australia.

Mr Morrison also warned more people smugglers will come to Australia under a Labor government as the prime minister and Mr Albanese cast their votes.

A second boat was intercepted on Wednesday by the Sri Lankan Navy before it reached Australian waters.

Daily Mail Australia understands there have been up to 30 asylum seeker boats intercepted by ABF this year alone – none of which prompted a text message alert. 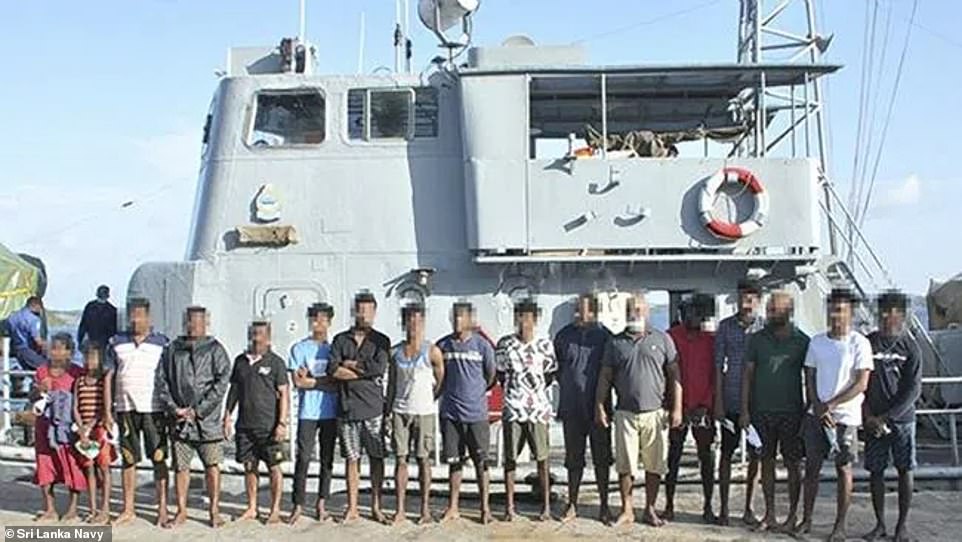 Labor has emerged as the favourite among bookies with payout rates dropping from $1.55 on Friday to $1.32 on Saturday.

The timing of the boat arrival prompted theories that the arrival of the boat was no accident and had somehow been planned ahead of time as an election stunt. 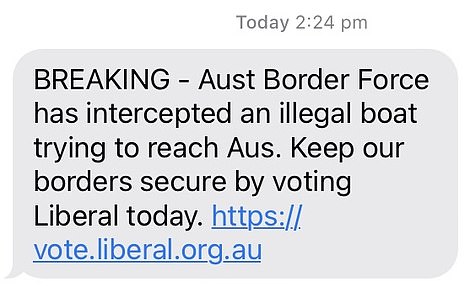 Among those discussing the theory was 2021 Australian of the Year Grace Tame, who wrote that the boat arriving ‘on the eve of an election’ was ‘a chilling a coincidence’.

‘As well as being xenophobic, this vitriolic, fear-mongering rhetoric is blatant propaganda designed to undermine opponents,’ she wrote.

‘Our nation is better than this.

‘Whatever the truth is in this case, people are not pawns. People are people.’

Mr Morrison made one last pitch to voters to re-elect him as prime minister, confirming a boat sailing from Sri Lanka had been intercepted – and saying that only he could protect the country from more people smugglers. 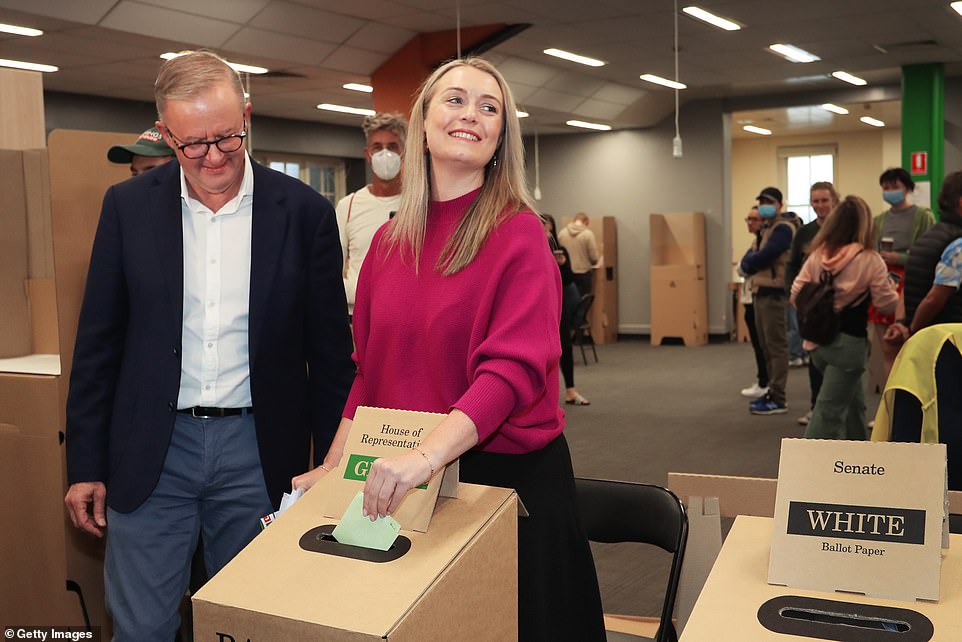 Mr Albanese cast his vote at Marrickville Town Hall in his home seat of Grayndler as he was watched on by his son Nathan, partner Jodie Haydon and cavoodle Toto

‘I can confirm that there’s been an interception of a vessel en route to Australia,’ Mr Morrison said.

‘That vessel has been intercepted in accordance with the policies of government and they’re following those normal protocols and I can simply say this.

‘I’ve been here to stop this boat but in order for me to be there to stop those that may come from here, you need to vote Liberal and Nationals today.’

The Australian Border Force released a statement the boat was likely attempting to ‘illegally’ enter Australia after it was reported it came ‘very close’ to the west coast of Christmas Island. 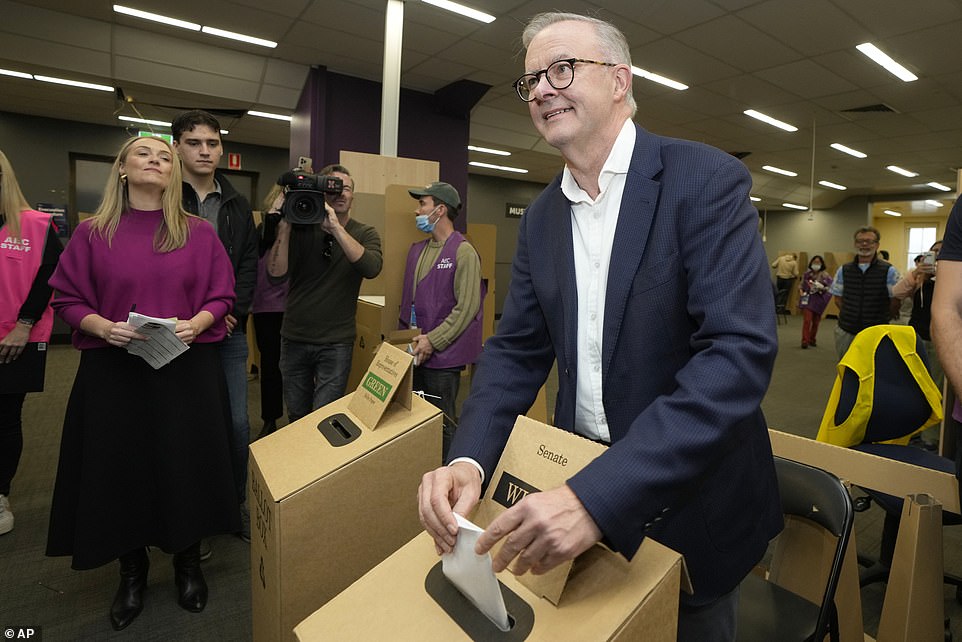 Labor has emerged as the favourite among bookies with payout rates dropping from $1.55 on Friday to $1.32 on Saturday 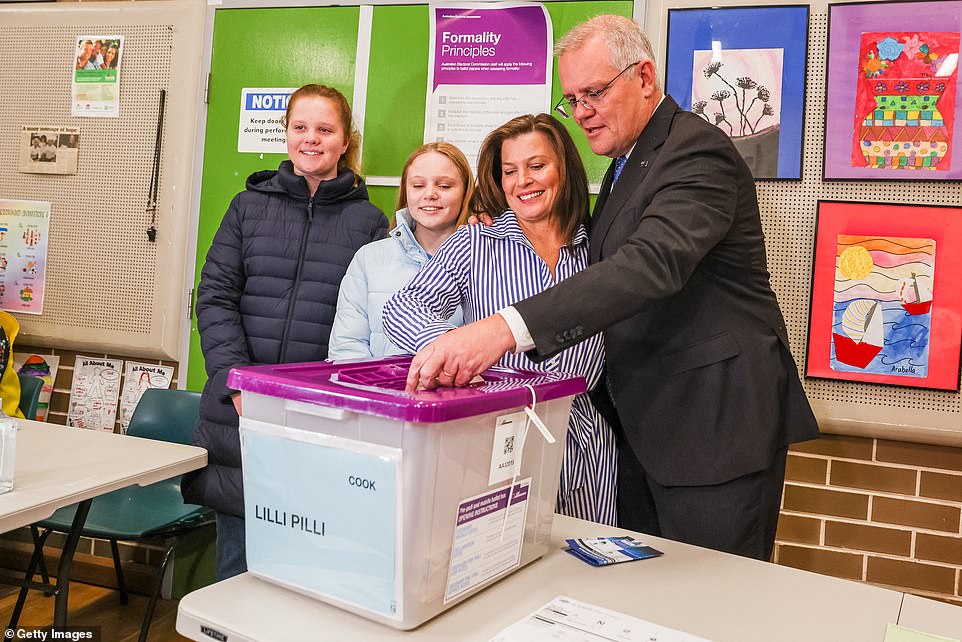 Home Affairs Minister Karen ­Andrews warned people smugglers were hoping for a change in government and waiting for the outcome of the election.

A fishing boat and two ­dinghies headed for a ‘foreign country’ were intercepted off the Batticaloa coast by the Sri Lankan navy on Wednesday.

Some 40 people, including four people smugglers, were apprehended for trying to ‘illegally migrate to a foreign country by sea’.

Defence minister Peter Dutton took to Twitter to claim more were on their way.

‘People smugglers have obviously decided who is going to win the election and the boats have already started,’ he tweeted.

Mr Morrison was accompanied by wife Jenny and daughters Lily and Abbey as he visited his seat of Cook in Sydney on Saturday.

He smiled ear to ear for the cameras and hugged his wife as he slipped his ballot into the box at Lilli Pilli Public School, and thanked the residents in his electorate for showing their support.

‘No one gets to serve in the positions that I’ve had the great privilege… to have in positions as prime minister, or treasurer, or minister, unless you are first supported by your local community,’ he said. 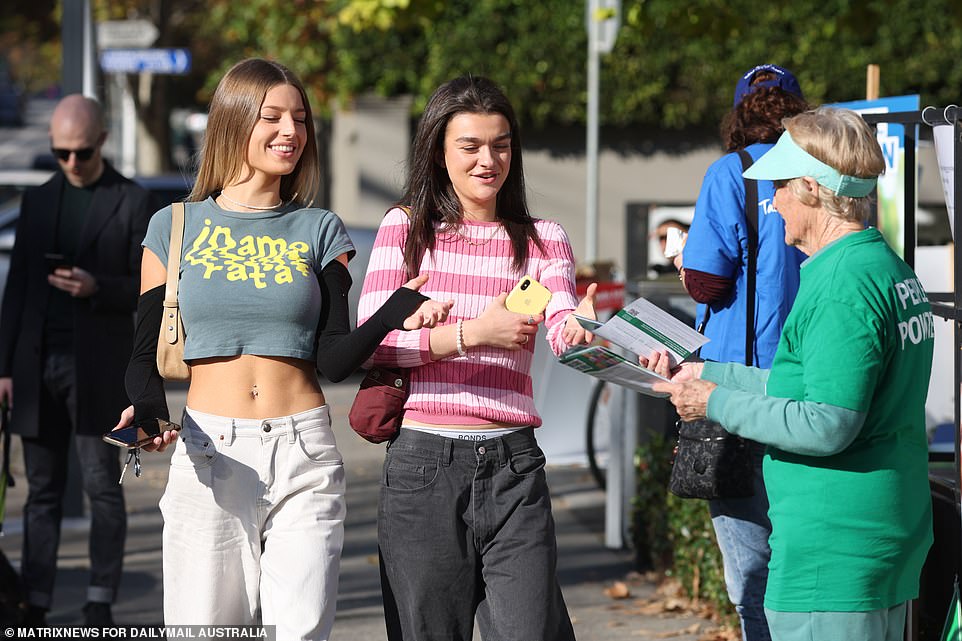 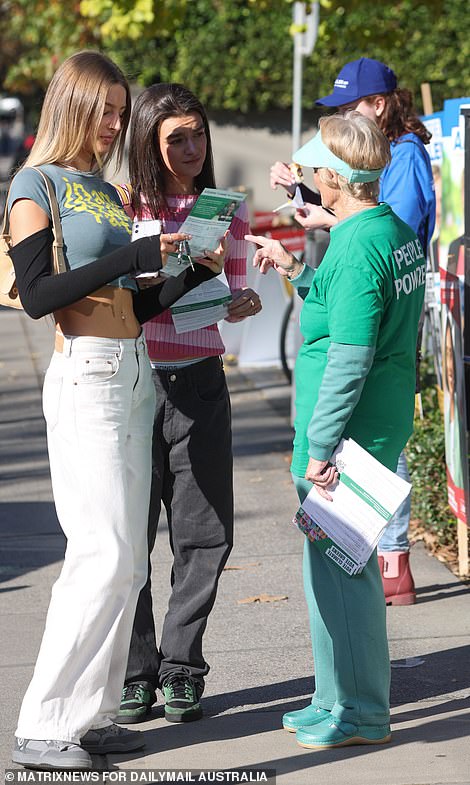 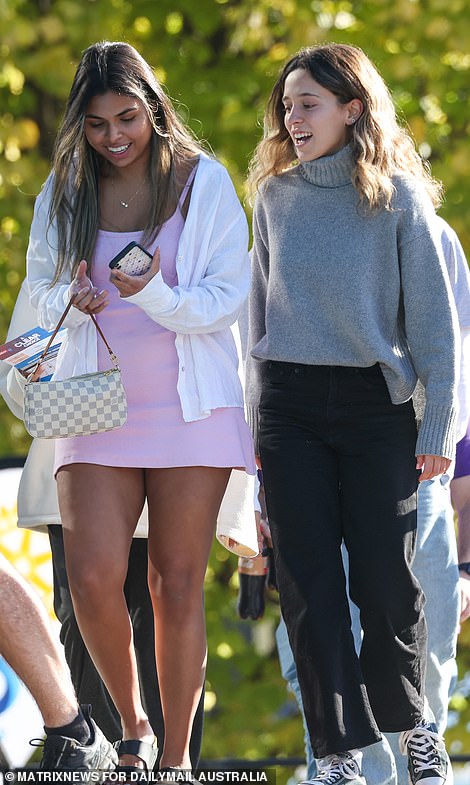 Two young voters chat to a Greens volunteer in the seat of Higgins in inner Melbourne. Their candidate is Sonya Semmens

Mr Albanese cast his vote at Marrickville Town Hall in his home seat of Grayndler as he was watched on by his son Nathan, partner Jodie Haydon and cavoodle Toto.

The opposition leader addressed a crowd of excited supporters outside the polling booth promising he would remain ‘one of the people’.

‘I was raised with three great faiths. And labor, of course, was one of them. I’ve held to it my whole life,’ he said.

‘What I wanted to know in myself was that I hadn’t left anything on the field. And I’ve done that. I’ve done my best for the cause of Labor, which I’m passionate about.

‘I’m not in this to change where I live. I’m in it to change the country. And that’s what I intend to do.’

In his final message to voters, Mr Albanese said he wanted to represent the whole nation.

‘My message is I want to represent all Australians,’ Mr Albanese said. ‘I want to unite the country. There’s been a lot of division in recent times. 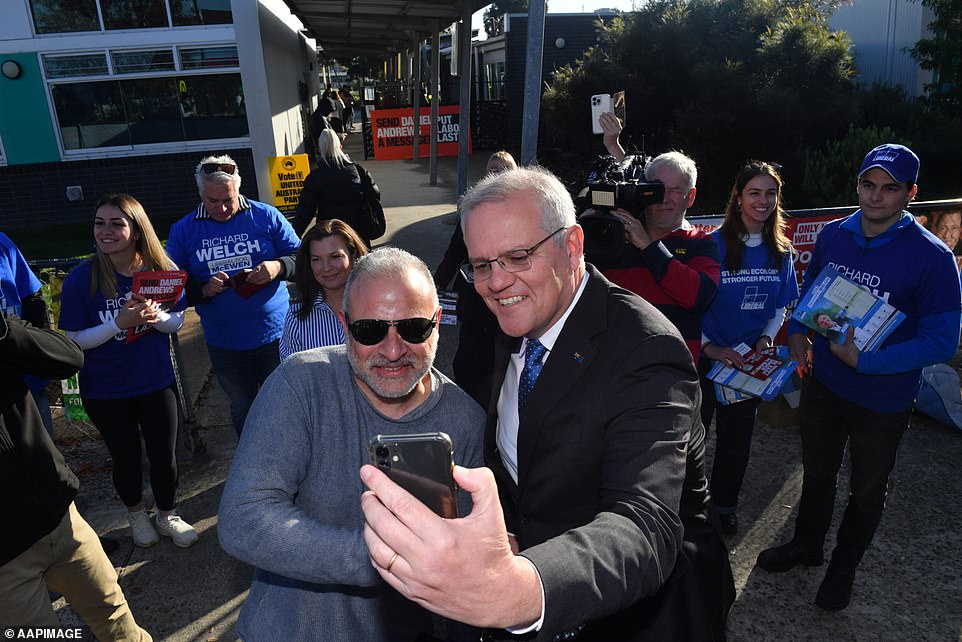 Mr Morrison made one last pitch to voters to re-elect him as prime minister, confirming a boat headed from Sri Lanka to Australia had been intercepted – and that only he could protect the country from more people smugglers 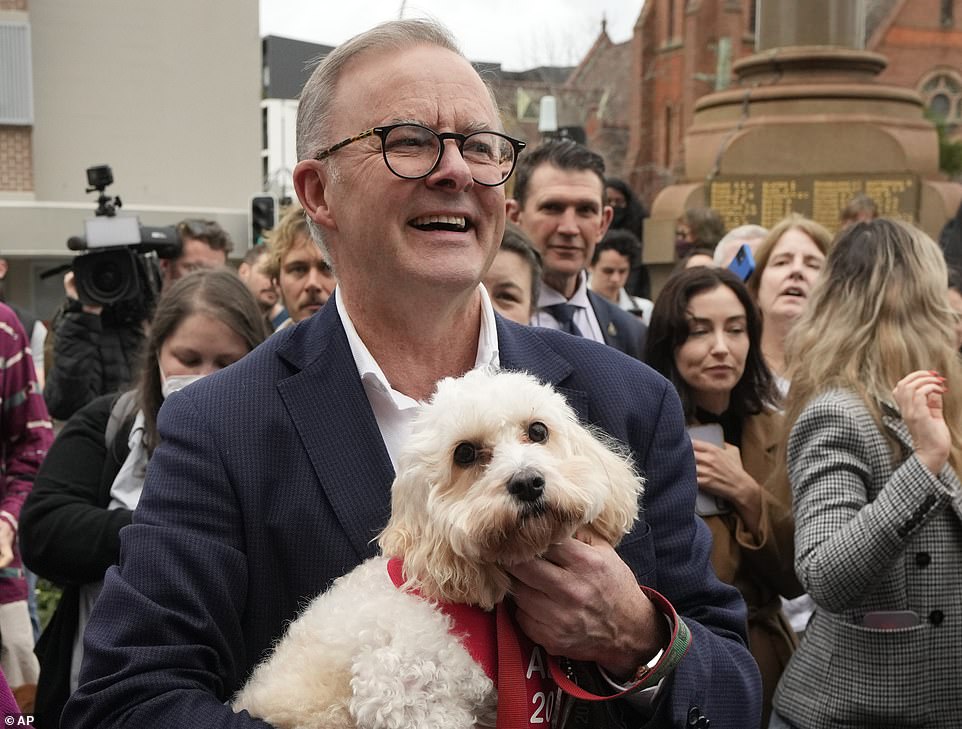 ‘My message is I want to represent all Australians,’ Mr Albanese said after casting his vote on Saturday

‘It’s one of my criticisms of the current government is that Scott Morrison looks for division and difference rather than unity and common purpose.

‘I want to bring people together and regardless of how people vote in our great democracy, it’s good that people express their views at the ballot box. Once it’s done, then we need to unite and move forward as a nation. I believe that we can.’

Mr Albanese said he felt a very strong sense of ‘responsibility’ as he would be only the fourth Labor leader in 80 years to win government from the Coalition – if he were elected.

‘I remember as a very young, young boy when Gough Whitlam won in ’72,’ he said.

‘I just remember my mum telling me that, you know, our team had won. It was a bit like the ’71 grand final when our other team won against St George when Souths won. I grew up with a passion for Labor.’ 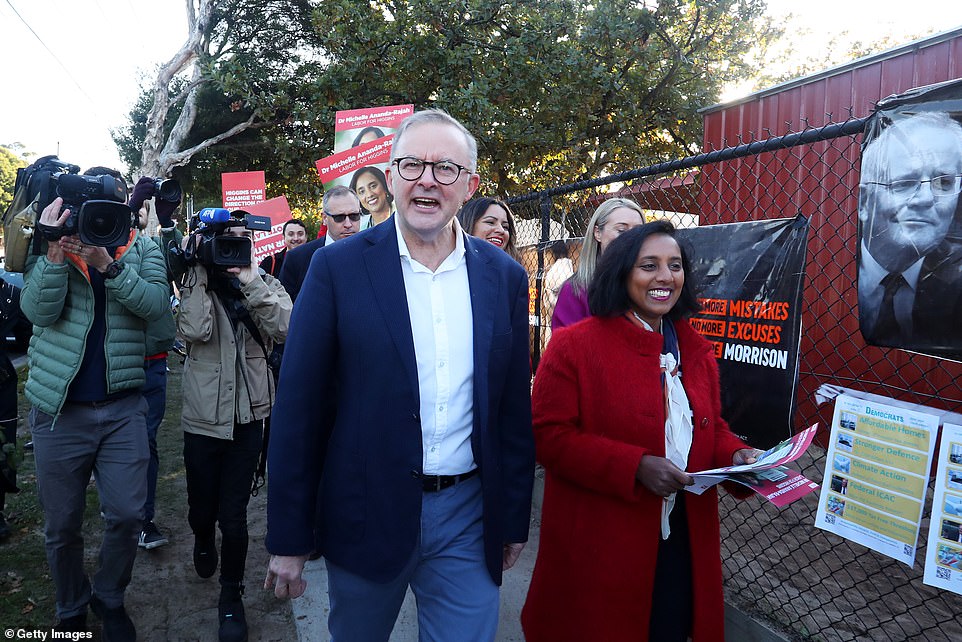 The Opposition leader is aiming to form a majority government – which means a minimum target of 76, as low as the coalition’s grasp on Parliament House during its term

‘My big concern with this government is what is there to be proud of?’ he said.

‘You know, the sort of nonsense that we’ve seen-of-playing wedge politics against vulnerable people that Scott Morrison’s been prepared to do during this campaign and the other wedge politics throughout this.

In the seat of North Sydney, independent Kylea Tink turned up to vote in her signature pink.

She hopes to usurp moderate Liberal incumbent Trent Zimmerman, who holds the seat with a 9.3 per cent margin.

‘There are thousands of people across the North Sydney electorate standing with me in this movement,’ she said on Saturday outside a polling station at Naremburn.

‘People feel the two major parties are more focused on their own internal politicking.

‘We’re ready to lead a new way of doing politics in this country.’ 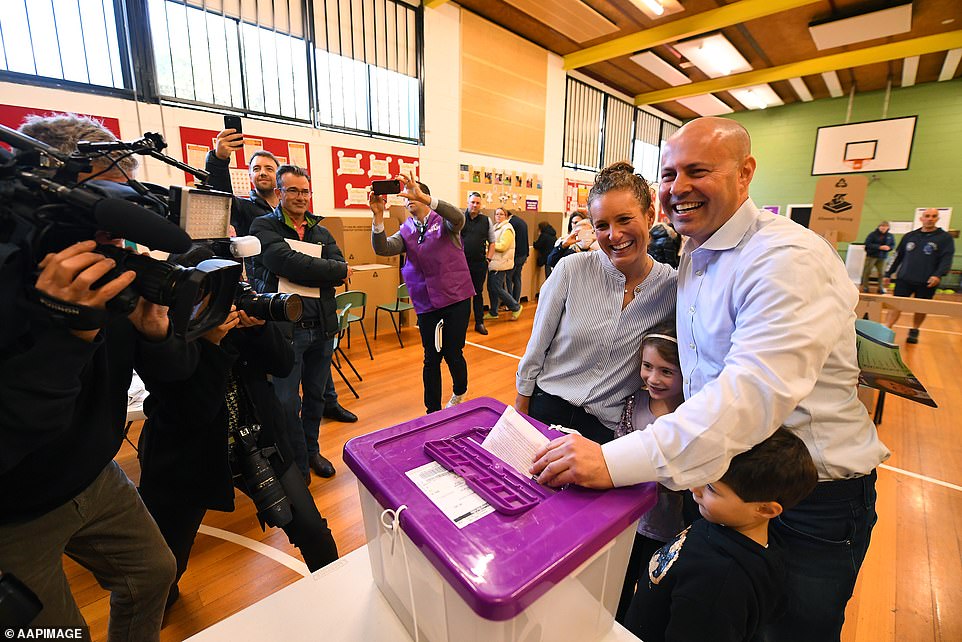 The major party leaders may have cast their vote, but it is not just blue, red and green placards and T-shirts at polling booths across NSW – a sea of teal represents the charge of independent candidates in some electorate (pictured, Josh Frydenberg casts his vote at Belle Vue Primary School in Melbourne)