A ‘nasty’ forecast storm is rolling in from Sydney’s west and is set to batter the city about 3.30pm – after the mercury hit 33 degrees and much of the country’s east coast sweltered.

The Bureau of Meteorology on Thursday afternoon issued a detailed thunderstorm warning for three ‘severe’ storm cells, moving east from the Blue Mountains towards the Hawkesbury, Parramatta, Erskine Park and Liverpool.

They were accompanied by a State Emergency Service warning for residents to move their car under cover, unplug computers and appliances, avoid using the phone and stay away from windows. 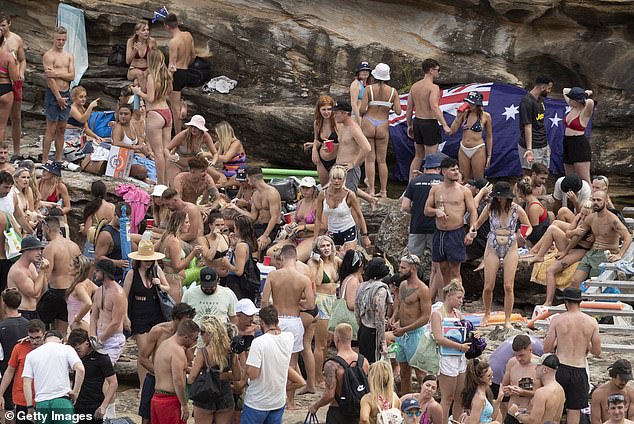 The Bureau of Meteorology warns that, at 3:20 pm, severe thunderstorms were detected on the weather radar near Erskine Park. These thunderstorms are moving towards the east. They are forecast to affect Colo Heights, Horsley Park and Warragamba by 3:50 pm and Colo, Cattai and Wisemans Ferry by 4:20 pm.

The State Emergency Service advises that people should:

The BOM had forecast Australia Day barbecues will be disrupted by mid-afternoon storms as a low pressure system makes its way up the east coast from the Bass Strait, with rainfall expected over the Illawarra area by around 4pm.

A weather warning was also issued for inland Queensland with severe thunderstorm and damaging winds expected on Thursday afternoon.

Severe thunderstorms are likely to produce damaging winds in the warning area over the next several hours and is expected to last into the evening.

Locations which may be affected include Cunnamulla, Quilpie, Mt Howitt Station, Bollon, Surat and Wyandra.

Scattered rainfall is expected across inland Queensland as another low pressure system travels from Broken Hill in NSW and into the sunshine state.

Further supercells are expected to form across northern New South Wales and southern Queensland on Friday afternoon, bringing heavy rain over areas such as Port Macquarie, the Gold Coast and inland Queensland. 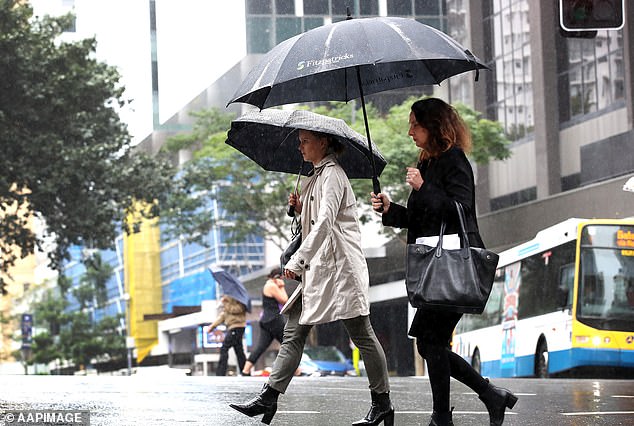 Heavy rainfall and thunderstorms are expected over NSW and Queensland this weekend, with Queensland potentially receiving heavier rain later next week (pictured, pedestrians in Brisbane)

The wet weather is expected to stick around over the weekend as chances of thunderstorms persist along the east coast.

The BOM have recognised a ‘risk of isolated severe thunderstorms over the south-eastern inland [Queensland]’.

The intense weather conditions are expected to pick up on Sunday lasting through to Monday as most of the Northern Territory, Queensland and northern New South Wales will experience heavy rain and potential thunderstorms.

If the cyclone does develop, it could bring gusts of up to 125km/h and intense rainfall with up to 300mm forecast to fall over 35 hours.

However, Perth is expected to avoid the brunt of the storm with mostly sunny weather forecast through to the weekend. 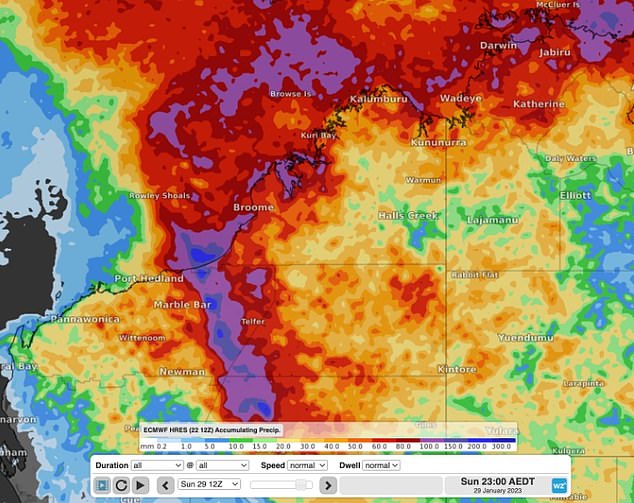 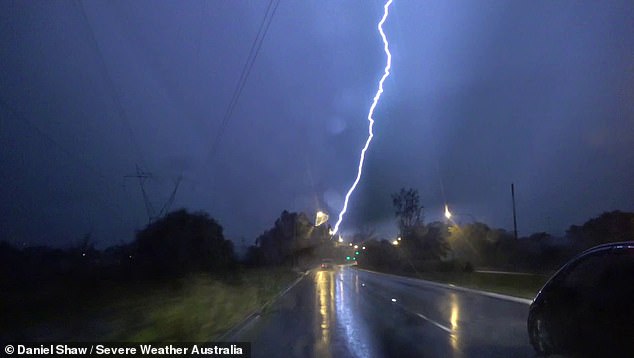 Weather will remain fine in South Australia for most of the week before a cool change brings significant rainfall by the weekend.

Temperatures will stay below 30C before Friday, when sweltering heat will grip Adelaide.

The mercury could reach 37C before the weekend.

Greater Sydney experienced major rainfall and thunderstorms on Tuesday night through to Wednesday morning, with lightning strikes numbering in the thousands in areas across Sydney as heavy rainfall caused pockets of flash flooding.

Camden Airport, in far south-west Sydney, experienced over 20,000 lightning strikes in just a 20-kilometre radius and recorded 20 millimetres of rain in just 10 minutes. 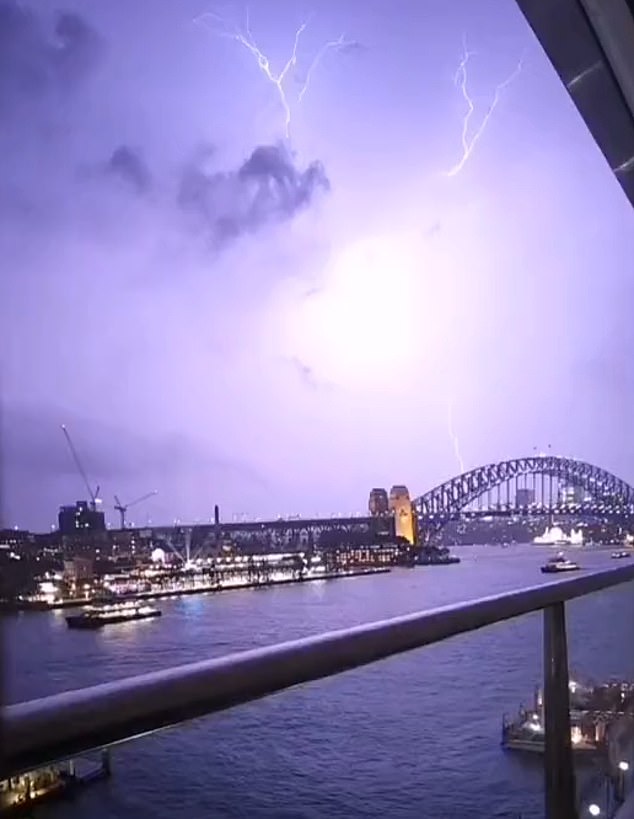 State emergency services responded to hundreds of calls for help, with 116 requests in Geelong alone.

In the 90 minutes to 3.30pm, at least 24mm of rain fell over Geelong Racecourse and more than 3,000 homes were left without power when lightning struck the area.

Melbourne was badly hit too, and more than 6,000 Victorians were left without power.

The storms hit the Bellarine Peninsula at around 2.15pm on Tuesday, bringing high winds and a heavy downpour that had already soaked the state’s west.

Mount Gellibrant, around 67kilometres west of Geelong, got 29mm of rain in 30 minutes.

As the thunderstorms passed into the east, Melbourne was hit with the deluge at about 5pm.

Parts of the city were hit with heavy rainfall and damaging winds, while locals reported severe lightning throughout the late afternoon.

What to do in a storm?