‘Nearly brought me to tears’: Aussie stuck overseas during the pandemic shares poignant photo of a packed flight in Europe to show what ‘living with Covid’ will eventually look like Down Under

An Australian woman has shared a poignant photo of a packed flight in Europe to show those currently in lockdown what ‘living with Covid’ will eventually look like Down Under when restrictions ease.

Sally, 26, who hails from Sydney, was onboard a flight from Helsinki, Finland, to Prague in the Czech Republic on Thursday when she shot the image that ‘brought tears to her eyes’.

‘Sounds kind of silly but this packed flight from one European country to another is my first glance at normality in a post-Covid world,’ Sally wrote on Facebook.

Sally, 26, was on board a flight from Helsinki, Finland, to Prague in the Czech Republic on Thursday when she captured the image that made her emotional

She said that everyone on the flight was vaccinated or had tested negative for Covid-19 before walking onboard.

While masks were still compulsory there are no harsh Covid lockdowns in much of Europe – unlike Australia’s eastern states which are still under intense stay-at-home orders until October.

‘Yes masks but no endless lockdowns, no mandatory, expensive 14 day hotel quarantines, no exit ban on citizens, no groveling to the government for permission for the privilege of seeing a dying loved one or partner,’ she said.

‘There is no risk of being forced into isolation when vaccinated, no being locked out of your own country, no 5km or 10km radius crap, no constant hurdles preventing basic freedoms Australians have not had for 18 months and counting.

‘This is living with Covid.’ 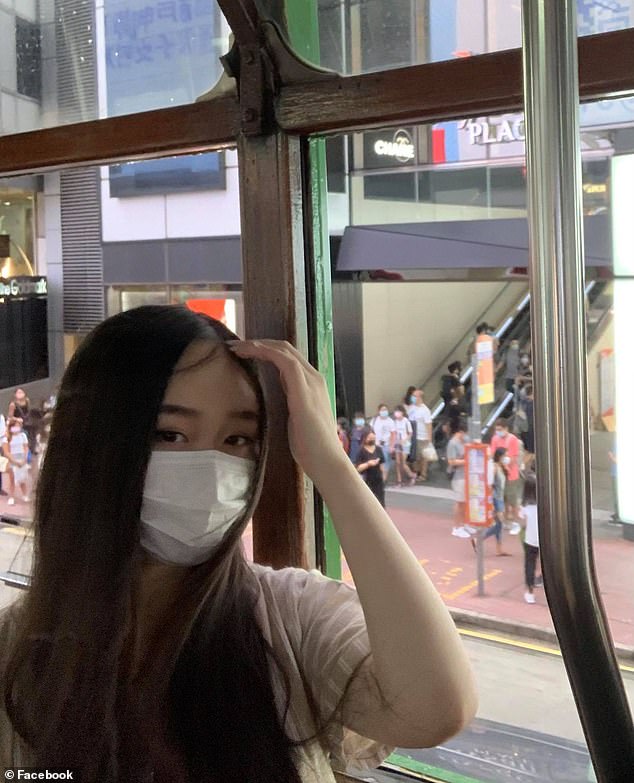 The 26-year-old woman decided to leave Australia in May 2021 to see her partner in Hong Kong, who she had been separated from for 14 months

The 26-year-old told Daily Mail Australia she decided to leave Australia in May 2021 to see her partner in Hong Kong, who she had been separated from for 14 months.

She stayed there for three months without a visa before starting to search for flights in August to return home but there weren’t any available.

Caps on international arrivals made it near impossible for her to jet back home so she she extended her visa in Hong Kong by 45 days, hoping that a flight back to Australia would appear.

But NSW Premier Gladys Berejiklian’s move in September to halve the number of overseas arrivals to NSW, allowing only 750 people to land in Sydney per week, meant that Sally was locked out of the country.

She didn’t want to apply for another visa extension in Hong Kong and decided to fly to Europe instead.

She arrived earlier this week and is monitoring the Covid restrictions in Australia for the next three months while she travels around the continent. 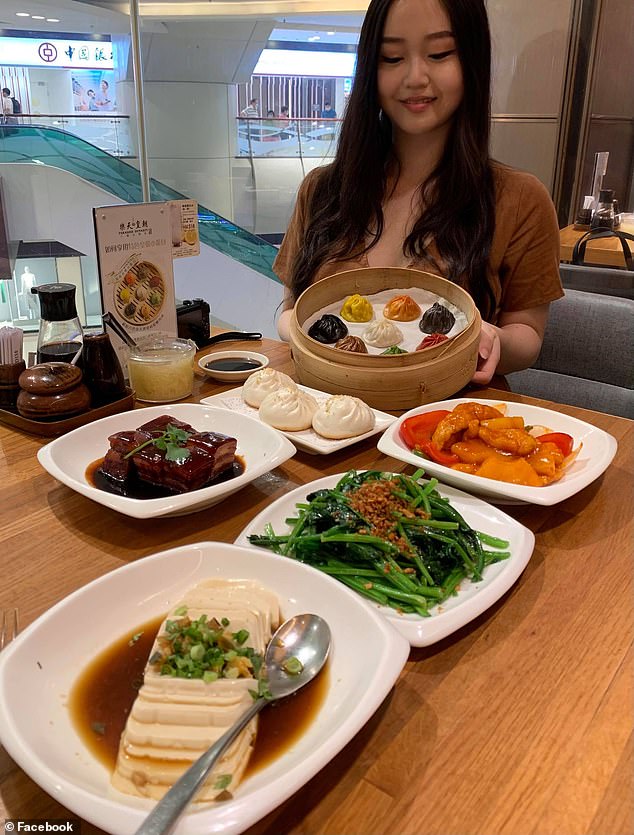 Sally tried to find flights back to Australia in August, but the caps on international arrivals meant she was locked out of the country even longer than she anticipated

One person wrote: ‘Twelve months ago Australia was a leader in tackling the virus but now it’s a laughing stock’.

Another said: ‘I had to come back for my young children, but if you don’t have to, stay away.’

A third wrote: ‘I suppose it makes it easier for Aussies to put up with the very tough situation they are in… with the impossible Aussie zero-Covid policy… if they pretend the rest of the world is in a worst condition’.

The NSW cap on international arrivals is expected to be in place until the state reaches its 70 per cent vaccination targets in October.

Australian airlines have also indicated that Australia could see international flights recommence before Christmas this year.