By Andrew Prentice and Shayne Bugden For Daily Mail Australia

Aussie UFC fighter Jessica-Rose Clark has accused her opponent of breaking one of the most important rules of mixed martial arts when arm was broken in a brutal bout on Sunday – and revealed she cried the whole time she was hospitalised with the sickening injury.

The Brisbane fighter, 34, faced Lithuania’s Julija Stoliarenko in UFC 276 in Las Vegas and lost by armbar submission less than a minute into round one.

Despite the crushing defeat, bantamweight weight fighter Clark has vowed to return to the octagon stronger than ever.

‘Just got back from the hospital, I am probably going to need surgery on my elbow,’ she said.

‘She (Stoliarenko) did a really good job of continuing to arm-bar me after I tapped … I cried the entire time I was at the hospital but I’m feeling alright.’ 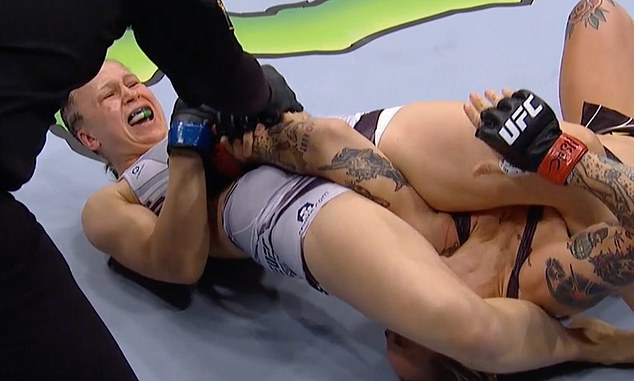 Rose Clark’s elbow got bent the wrong way (pictured) in a sickening finish to her bout against Lithuania’s Julija Stoliarenko, who she accused of carrying on with the arm bar even though she was tapping out

She went onto label her walkout before facing Stoliarenko ‘incredible’ and ‘everything she has dreamed of’ after she stunned the crowd by making her entrance to the tune of ‘Sexy Boy’ by pro wrestling legend Shawn Michaels.

‘I am eternally grateful and appreciate everyone who supports me,’ she said.

She also had a message for UFC ‘fans’ who had messaged her via social media to moan about losing money on her fight.

‘I lost half my paycheque, so go ‘f*** yourselves,’ she said bluntly.

From the outset in her bout, Clark had some early success when she knocked the Lithuanian down with a right hand – but soon found herself trapped in an arm bar that went too far, leaving her in agony after she tried to tap out.

The shocking incident likely left Clark with a broken arm and dislocated elbow after the joint was hyperextended in savage fashion. 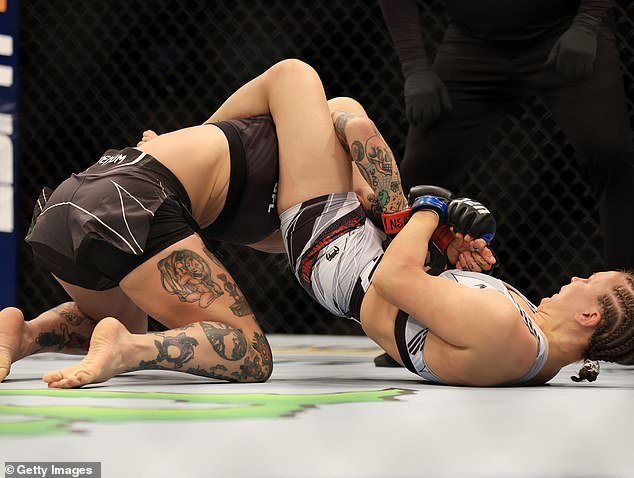 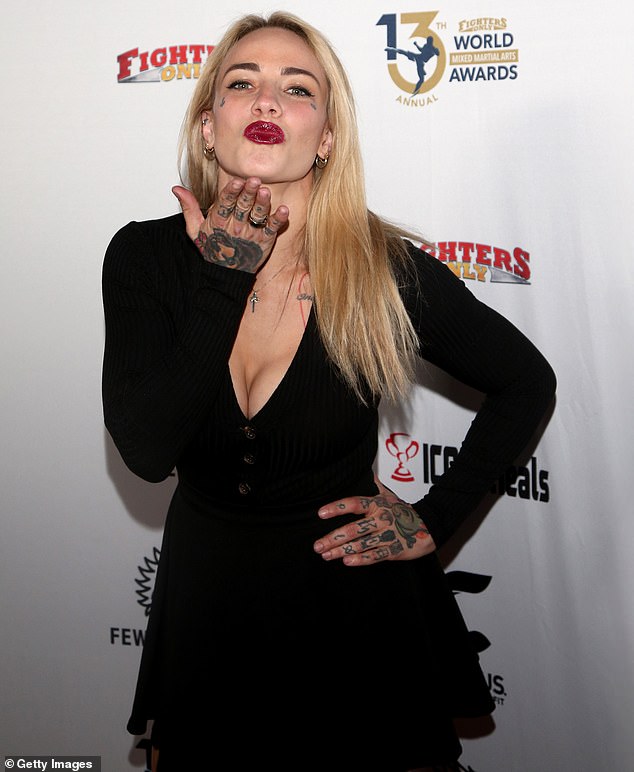 After the fight, Stoliarenko ruthlessly said she put the arm bar on as hard as she could because she’d been guilty of not being aggressive enough with her submissions earlier in her career.

Some fans urged Clark to retire after the bout. Her last win came against Joselyne Edwards at UFC Fight Night 196 in October last year, putting her on a two-fight winning streak after previously overcoming Sarah Alpar by technical knockout in September 2020.

Nicknamed ‘Jessy Jess’, Clark made her mixed martial arts debut in 2012 and quickly developed a 5-1 record.

She had her first UFC fight against Bec Rawlings in November 2017 and on Sunday in Vegas she excited the crowd by walking out to the octagon to the tune of Sexy Boy, the song used by professional wrestling legend Shawn Michaels. 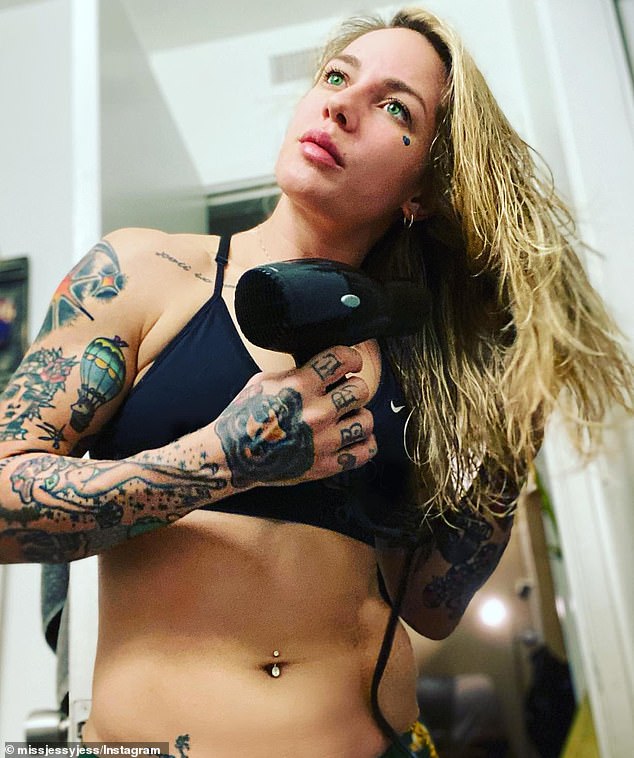 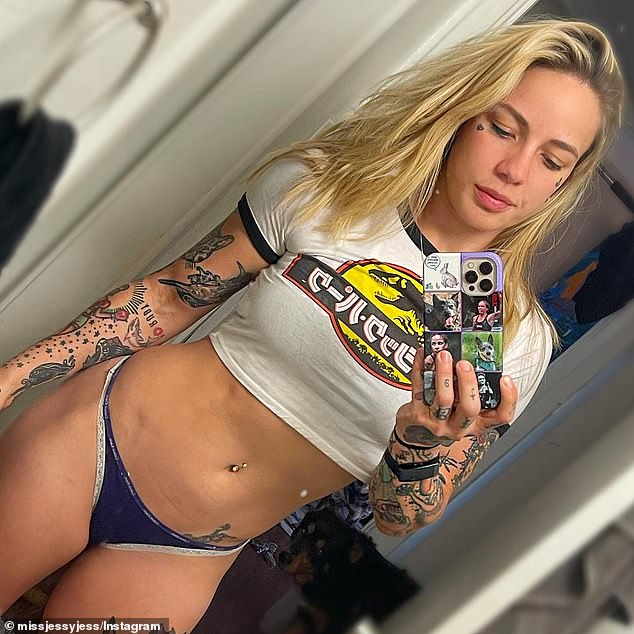 After making her mixed martial arts debut in 2012, Clark quickly amassed a 5-1 record