Aussie swim star Kyle Chalmers still harbours a degree of resentment towards his ex-girlfriend Emma McKeon if his frosty conduct on the first night of competition at the Birmingham Commonwealth Games is any guide.

The star performers in the pool were two members of the 4x100m mixed freestyle relay who won gold, but the tension between the former couple was obvious in Birmingham.

Australia were the only nation not to hold hands and raise them in unison pre-race, and the body language between Chalmers and McKeon – who won four gold medals at the Tokyo Olympics – was forced.

But Chalmers wasn’t interested, instead chatting to the Canadian team. 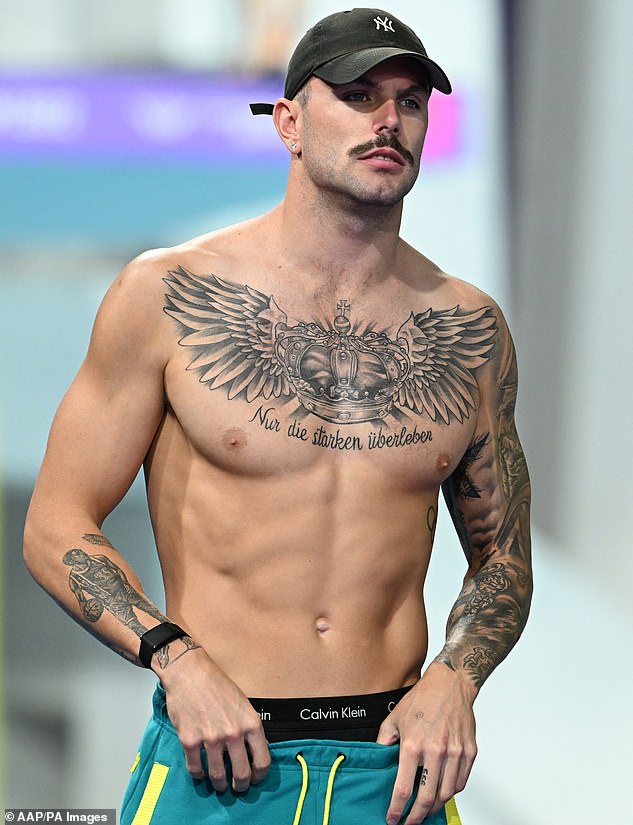 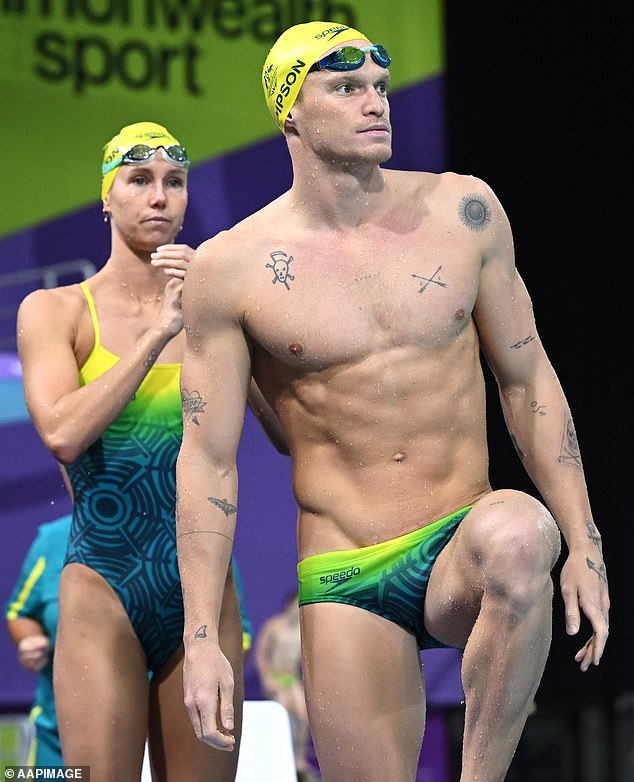 At a subsequent TV interview, Chalmers made sure Yang and O’Callaghan were between him and one time flame McKeon, who is now dating pop star turned swimmer Cody Simpson.

Chalmers also made no reference to McKeon and O’Callaghan when reflecting on the team swim.

‘It is (a bit different swimming in the middle) but it’s still against the boys, right?’ he said.

‘You are still racing against those fastest boys, anyway, so it doesn’t feel that much different.’

When it came to the medal presentation, teenage star O’Callaghan bravely stood between the former couple.

Australian swim team officials no doubt felt McKeon and Kyle Chalmers could move on from their turbulent dating past – but the tension from the relationship which lasted a few months in 2021 – clearly still remains, at least in the eyes of Chalmers.

At the national trials back in April, Chalmers announced he would take up 50m butterfly for the Commonwealth Games – the same event that Simpson was attempting to qualify for. 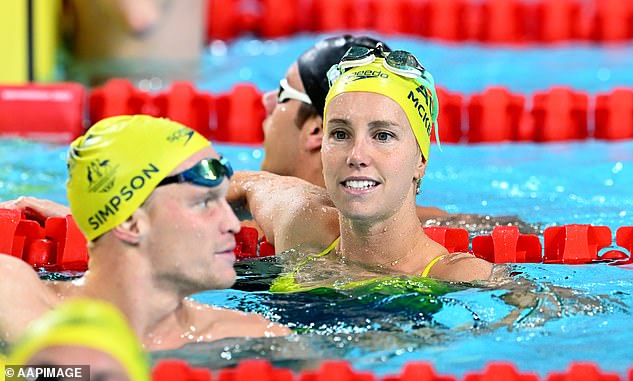 Some felt Chalmers was perhaps trying to deliberately quash the dreams of Simpson, whose return to the pool after he was a child prodigy in Queensland has seen him become a constant talking point.

Both men eventually secured their spot on the team in the 50m butterfly – but in a shock, failed to qualify for the final in Birmingham, bombing out in their respective semi-finals.

Simpson’s pet event is the 100m butterfly, and he was happy with his efforts in the 50m butterfly semi-final.

‘It’s good to get that (swim) under my belt early in the week,’ Simpson told Channel 7.  ‘It’s special to be here.

‘It’s the fire that never left, never went out. An itch I had to scratch. 2024 (Olympics in Paris) will be a bonus.

‘I’m here to try to get as much experience as I can. I was pretty relieved when they told me I could swim the 50 fly…it’s a good way to get a feel for the pool.’