An Australian model has hit back at Instagram for removing one of her posts due to a breach of its anti-nudity rules.

Natalie Roser, 32, shared a racy photo on Tuesday of herself posing topless on a bed wearing nothing but skimpy underpants.

The post was part of a promotion to advertise her lingerie label Rose and Bare.

Natalie Roser, 32, (pictured) has hit back at Instagram after it removed a photo of the model promoting her underwear, citing ‘sexual solicitation’ as the reason for taking her image down

Despite having her back to the camera and not actually revealing any explicit part of her body, the post was removed.

Instagram claimed the image went against their ‘community guidelines on adult sexual solicitation.’ 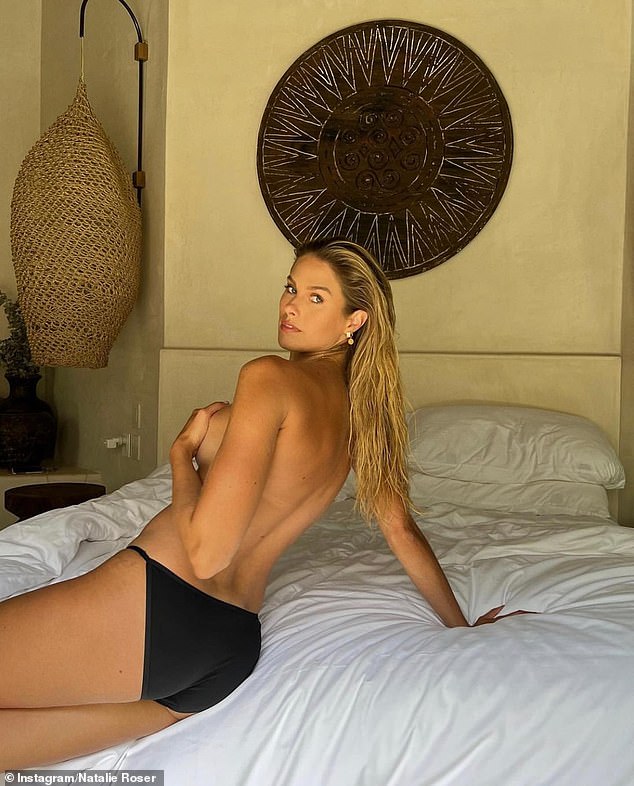 This is the photo that was removed from Natalie’s feed 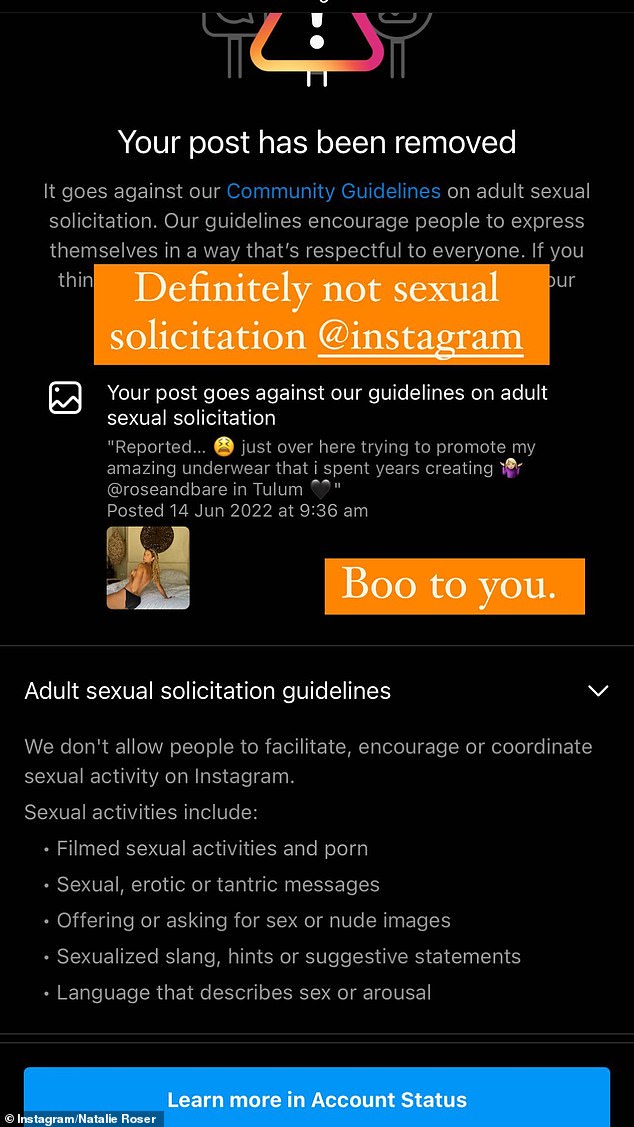 The model appears to have tried several times to share the post, as her caption on the deleted post read: ‘Reported… just over here trying to promote my amazing underwear that i spent years creating. @roseandbare in Tulum.’

Natalie is known for her sultry bikini and lingerie snaps due to her profession as a model, particularly posing for swimsuit brands like Monica Hansen Beachwear and Luli Fama Swimwear. 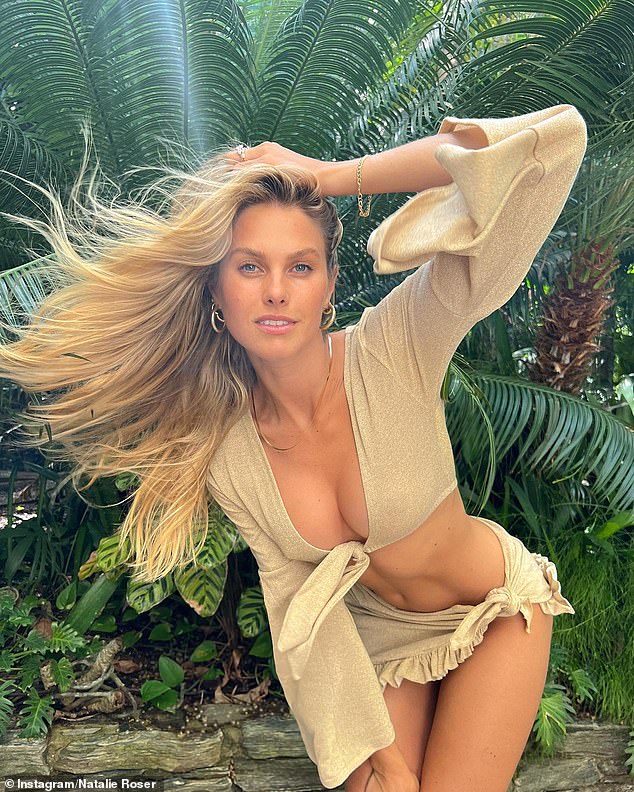 She recently celebrated her 32nd birthday by taking a break from social media for a few days ‘as a gift’ to herself, according to a May post.

In his post, the former Home and Away actor wrote, ‘Happy Birthday to my darling wife.’ 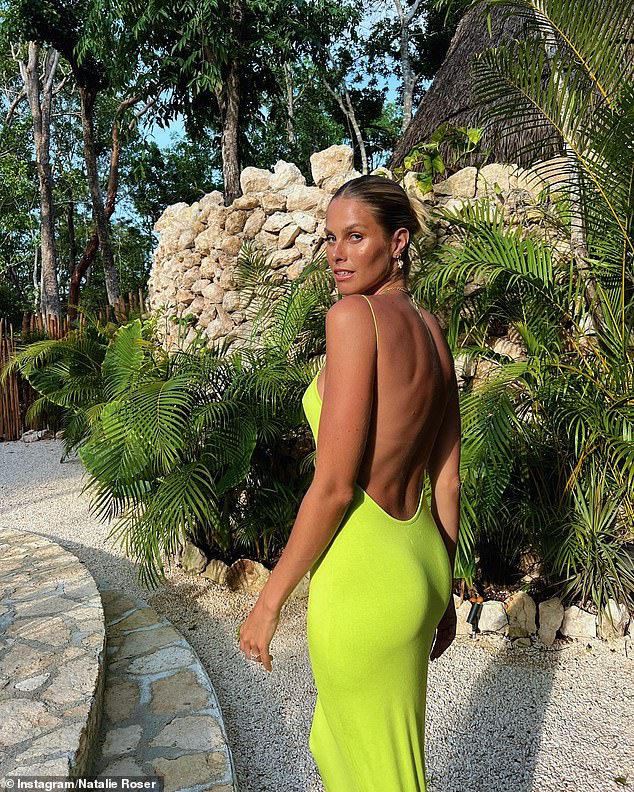 ‘This beautiful woman’s patience, love and support knows no bounds!! I am eternally grateful. You’ve made this life a blessed one,’ he added.

Natalie and Harley, who began dating in 2017, married at Krinklewood Estate in the Hunter Valley, NSW, on February 18.

In a recent interview with Maxim Australia, the model revealed she was considering a career in film or TV after catching the ‘acting bug’ from her husband.

‘I’ve loved watching Harley do his thing and have been given an amazing insight into the world of acting,’ she said.

‘I’m terrified and excited by it at the same time. It’s something I’d consider in the future.’ 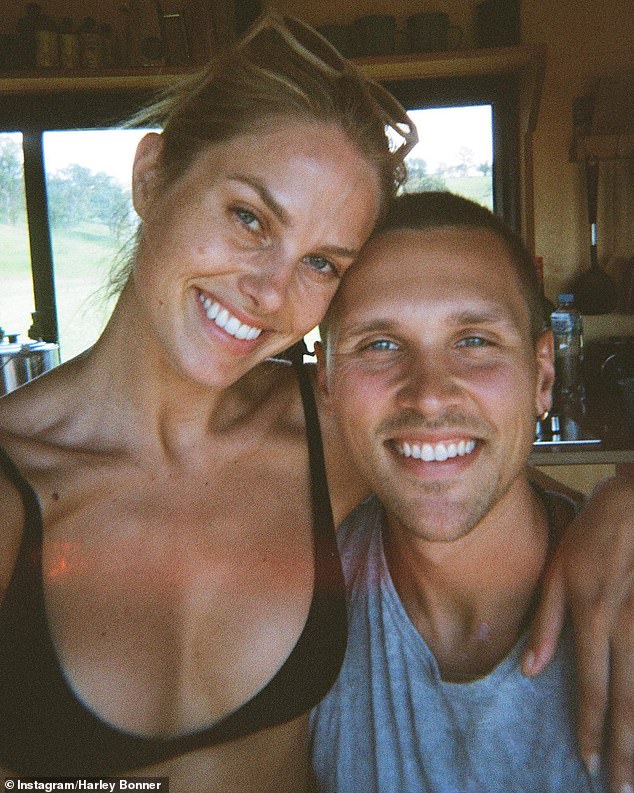