Hungary defender Attila Szalai is close to finalising a move to Chelsea, according to his national team coach Marco Rossi.

The Fenerbahce player’s agents were in London last month to hold talks ahead of a £20million January move for the 23-year-old who has been watched by a number of Premier League sides.

During an interview with Italian media, Hungary coach Rossi was asked which of his players was best suited to the Italian league. He replied: ‘Right now I see very well Attila Szalai, who plays for Fenerbache, but I think he is joining Chelsea. Clearly, he has been followed by important clubs in Spain, but apparently his move to Chelsea is a done deal.’

Szalai, who is 6ft 4ins tall and started his career in Austria, has excelled in a three man defence and has 16 caps for his country.

Chelsea are looking for a new centre back as they continue new contract discussions with defenders Thiago Silva, Antonio Rudiger and Andreas Christensen while Malang Sarr has interest from AC Milan.

Meanwhile, Chelsea midfielder Mateo Kovacic has returned to full training and is expected to be available for the weekend. 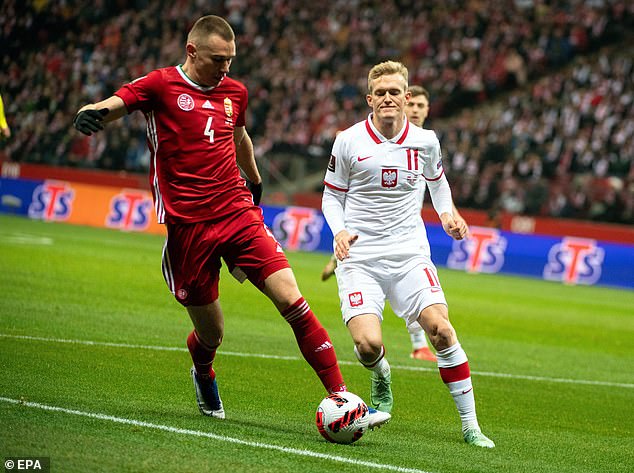