AT&T has rolled out its ultra-fast 5 gigabit per second fixed-line fiber broadband offering to more than 70 cities, reaching an extra five million customers.

This will see the firm increase the maximum speed of its fiber network from 1Gbps to up to 5Gbps in cities like Dallas, Atlanta and LA for the first time.

It is expected the connections will cost upward of $110 per month, but will allow multiple people sharing a connection to stream in the highest quality, and upload larger files.

The aim, according to AT&T, is to provide these ultra-fast speeds to more than 30 million customers by 2025, citing an ever increasing demand on the network as a reason for increasing maximum speeds.

A major change is that the connections will be symmetrical, meaning upload and download speeds will be the same, enabling people to upload files much more quickly. 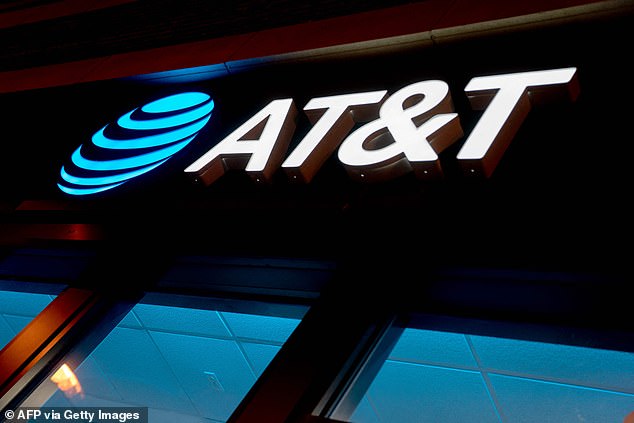 The aim, according to AT&T, is to provide these ultra-fast speeds to more than 30 million customers by 2025, citing an ever increasing demand on the network as a reason for increasing maximum speeds. Stock image

The service will bring five million more customers into the new, hyper-speed network, once fully rolled out, allowing them to upgrade their plans.

The 2Gbps plan for $110 a month, and the 5Gbps is $180 per month, which also includes subscriptions to HBO Max and AT&T ActiveArmor internet security.

While multi-gig fiber might not sound useful for the average user living alone, it can help a large household, where mom is watching Netflix, dad the big game, and the kids are streaming YouTube while playing video games.

It will also allow updates to software to happen almost instantaneously, and even enable a household to all be on live Zoom calls at the same time, without buffering. 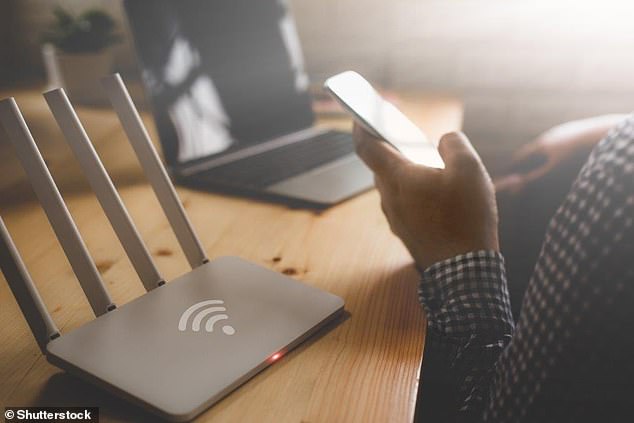 This will see the firm increase the maximum speed of its fiber network from 1Gbps to up to 5Gbps in cities like Dallas, Atlanta and LA for the first time. Stock image

HOW THE AT&T PLANS STACK UP

Multi-gig speed tiers include next generation Wi-Fi routers included in the price of the connection.

The Coronavirus pandemic drove a dramatic shift in the way people work, live and learn, driving more of it online and increasing demand on internet services.

AT&T says its multi-gig fiber will be available in 70 metro areas, covering about five million of its 15 million fiber broadband customers.

A major change, possibly playing into the increasing demand for live video conferencing, and the creator economy, with people uploading video files, is that the conniptions will be symmetrical.

This means that upload and download speeds will be equally fast – a major benefit to those uploading large files or joining a video chat.

Older internet connections have traditionally been asymmetrical, meaning that the upload speed is often a fraction of the download speed.

So, while you may have a 100Mbps download, which is more than enough to stream in ultra-HD, your upload could be just 1Mbps, making live video conferences tough.

As well as boosting the internet speed of five million customers, AT&T says it plans to update all of its fiber internet plans to make pricing more straightforward.

This will see the removal of equipment fees, data caps and price changes – with pricing locked in for at least 12 and equipment rental included.

The firm says the bill will be the price of the service plus tax, with ActiveArmor internet security, routers and an HBO Max subscription included for those on the new 2 GIG and 5 GIG plans.

AT&T cited a continuing surge in household internet usage, especially during the pandemic, as a reason for raising its speed limit, which is effective immediately.

This may not be the limit though, as the firm have hit speeds of up to 10Gbps in the lab, although haven’t said when or if that might be offered to customers. 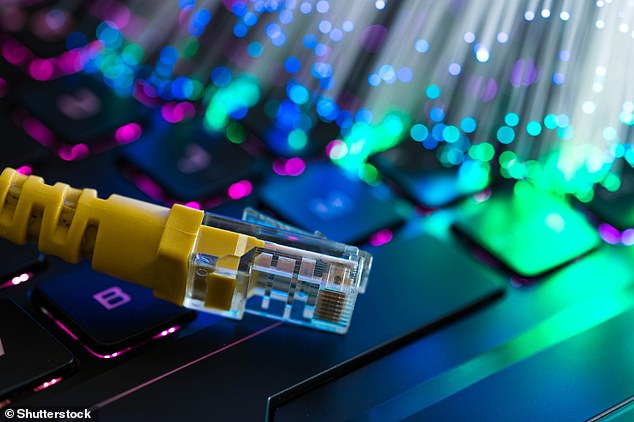 The aim, according to AT&T, is to provide these ultra-fast speeds to more than 30 million customers by 2025, citing an ever increasing demand on the network as a reason for increasing maximum speeds. Stock image

WHAT IS MULTI-GIG FIBER BROADBAND?

Multi-gig fiber is basically internet with speeds of greater than 1Gbps.

AT&T are offering 2Gbps and 5Gbps, a significant increase on current plans.

These speeds are designed to meet growing demands for data, which are expected to exponentially increase.

This includes from people working and learning at home, triggered by the pandemic but set to continue.

They are especially useful for homes with multiple occupants, such as a shared rental, or a large family.

For example, Dad could be streaming the big game, Mom watching Netflix in UHD, kids watching YouTube while gaming – all without buffering.

Or, you could have children talking to their teacher on Zoom, while Mom and Dad both chat to work colleagues.

Similar to freeways with several high-speed lanes, multi-gig speeds open those lanes for various connected devices to run at the same time.

“As we set out to become America’s best connectivity provider, we’re doubling down on fiber in our broadband infrastructure,” said Jeff McElfresh, CEO of AT&T.

“With true multi-gig speeds, and symmetrical upload and download, AT&T Fiber will redefine how we experience the internet and drive innovation, from education, to work, to entertainment.”

Roger Entner, founder of Recon Analytics, said ‘faster is better’ when it comes to broadband, but ‘reliability is best,’ adding that AT&T ticks both boxes.

According to Recon 6 out of 10 consumers purchased a new connected device last year, and the average consumer has at least 13 in their home.

That number is expected to multiply as working from home becomes more common. In fact half of all workers now have that option, which means more video conferencing and demands on data.

This is where multi-gig speeds come into their own, particularly for households with multiple devices attempting to connect at the same time, and data consumption set to increase from megabytes to terabytes.

That is the level of data demand previously only seen by large corporations, and is coming from multiple devices running at the same time.

AT&T described this as being like a freeway, operating multiple high-speed lanes, allowing connected devices to run at their maximum speed at the same time.

The firm says the maximum speed for a single connected device, in the newly upgraded areas, will be 4.7Gbps.

To achieve that, a user must be connected via a wired cable to the router, and plugged in to a 5Gbps capable port – which the new routers from AT&T will have.

These new connections are available to areas with fiber-to-the home, with about 3.4 million customers already taking the 1Gbps service.

AT&T isn’t the first US-based operator to increase its maximum fibre speeds, with Ziply bringing 2Gbps and 5Gbps to its 170,000 residential customers in 60 cities across Washington, Oregon and Idaho last week.

METROS WHERE MULTI-GIG AT&T FIBER WILL BE AVAILABLE