A palatial Sydney harbourside home bought by Atlassian co-founder Scott Farquhar four years ago is a shadow of its former self after the billionaire pulled plans for an extensive $37million rebuild.

Mr Farquhar bought the 7,000-square-foot mansion, known as Elaine, in Point Piper in Sydney’s east for $71million in April 2017 – the third highest price ever paid for a house in the city.

Woollahra Council approved his plans for a dramatic three-storey renovation that would have given the historic home – which the iconic Fairfax family owned for more than 125 years – a modern see-through curved facade.

Last year he revealed he wanted to restore the home to its former glory and preserve its sprawling, beautiful gardens, century-old trees and stable.

The businessman and his banker wife Kim Jackson are living in a $16.25million home in nearby Bellevue Hill after quietly scrapping the proposal drawn up by Italian architectural firm Lazzarini Pickering Architetti.

Mr Farquhar is under no obligation to proceed with the approved development plan, but will likely need to run any new proposal past his high-profile neighbours. 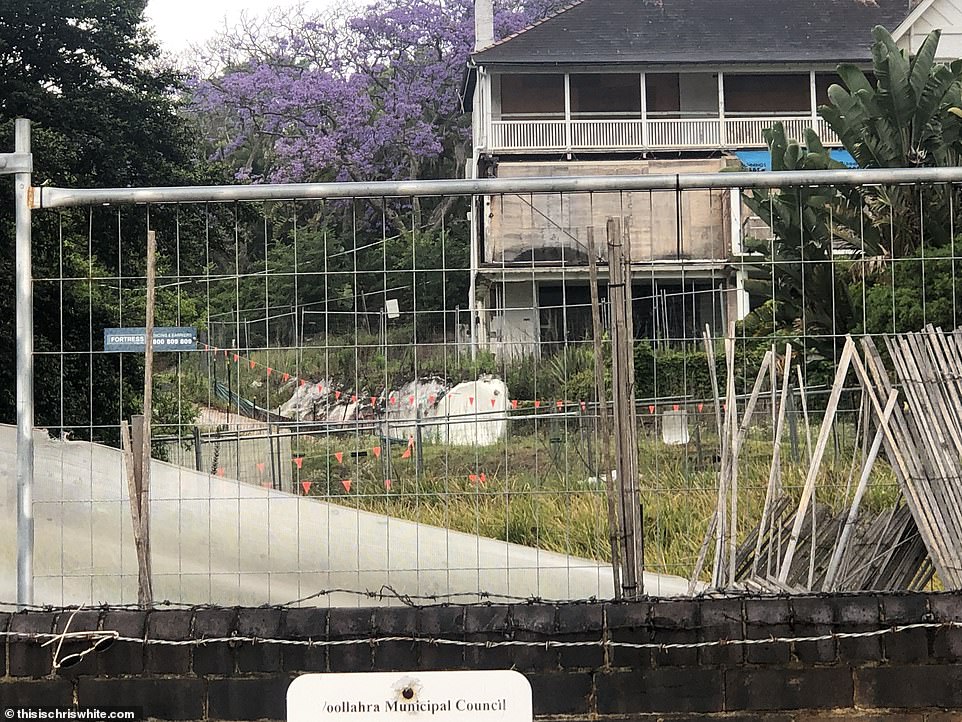 The 7,000-square-foot property in the ultra-exclusive Sydney suburb of Point Piper appears to have been left untouched since it was bought in April 2017 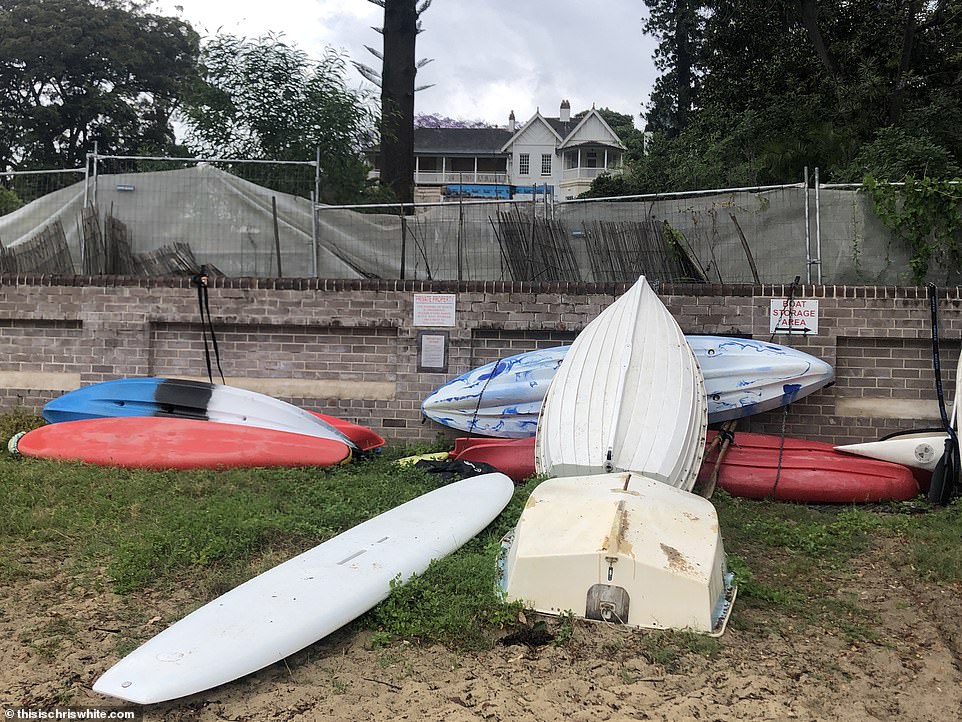 More than four years later, the tech billionaire has yet to begin work and the prestigious home is surrounded by building materials. Mr Farquhar is under no obligation to proceed with the development approval, but will likely need to run any new proposal past his high-profile neighbours

The prestigious home is in the meantime surrounded by building materials and a steel fence that wraps around the property.

The backyard, which overlooks a beach, appears untouched with a handful of construction poles and some rope set up.

The once-neatly manicured lawn is now covered with weeds and overgrown grass.

The last development application for the historic property was submitted to the council in May 2019.

A Remediation Action Plan indicated Mr Farquhar intends to make ‘substantial alterations and additions to the existing house’ and demolish a ‘significant portion’.

New rooms, living spaces, a swimming pool, garage and granny flat were among the proposed additions.

Work was also planned on the stable and a new garage with a garden terrace and a new driveway have been proposed. 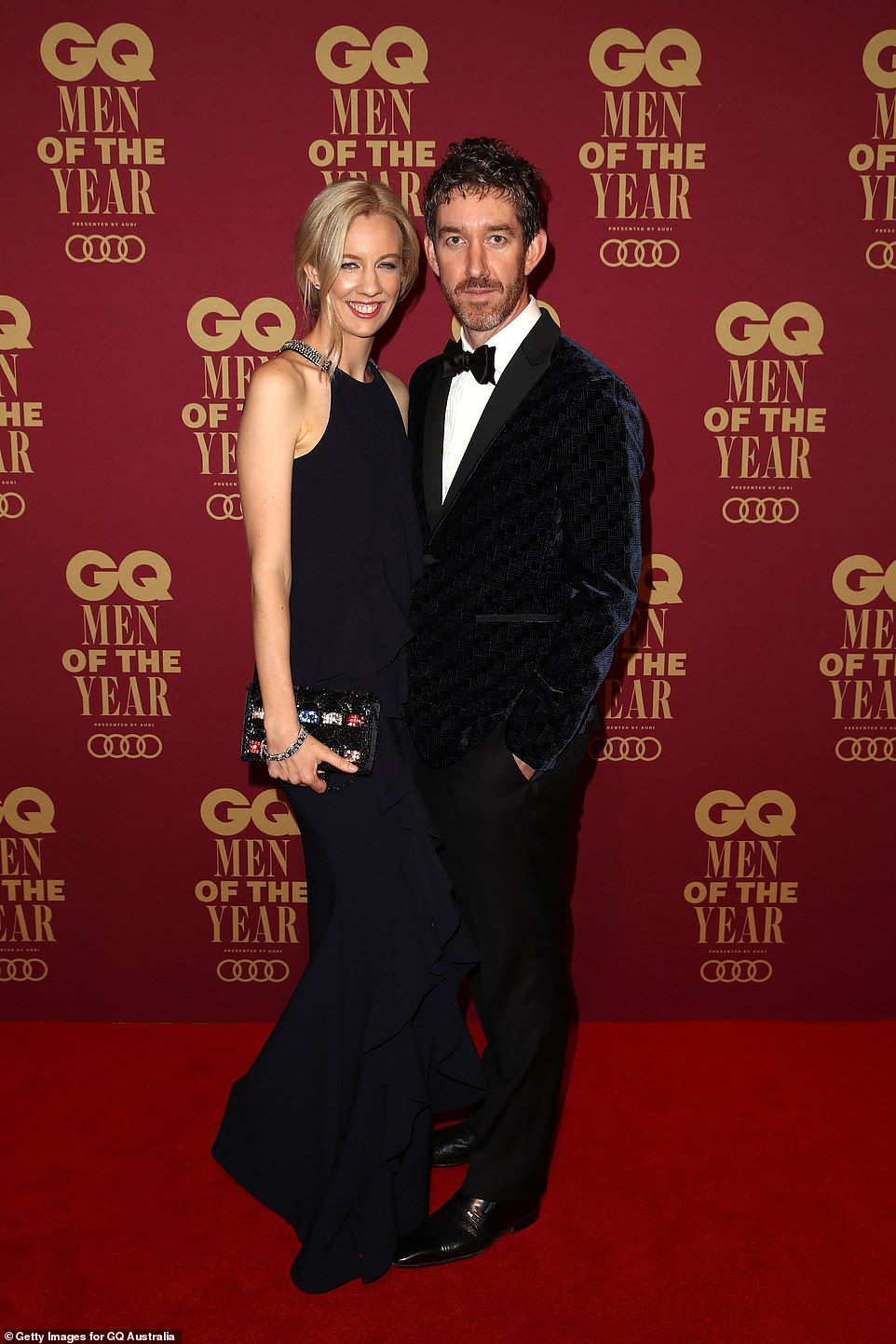 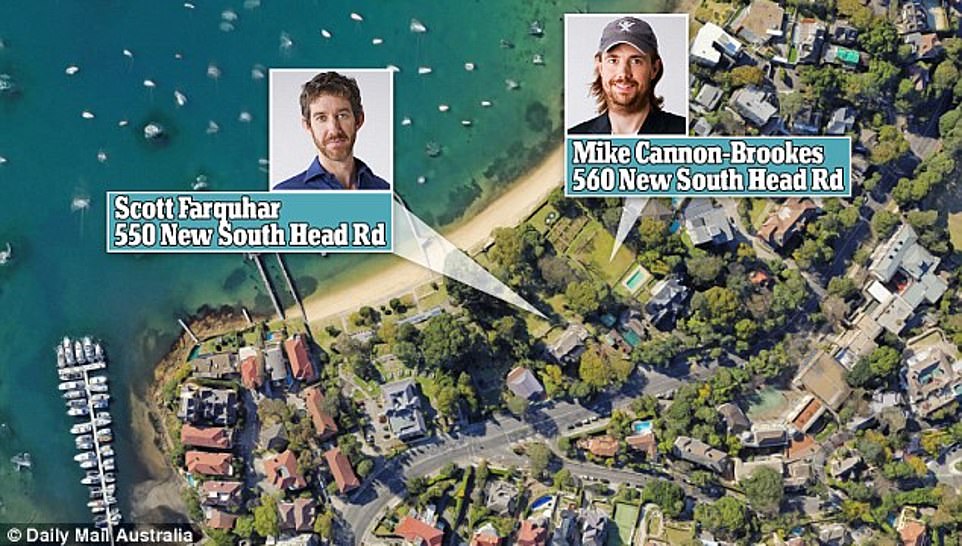 The Elaine estate is next door to a 1.12-hectare property owned by Farquhar’s Atlassian co-founder Mike Cannon-Brookes 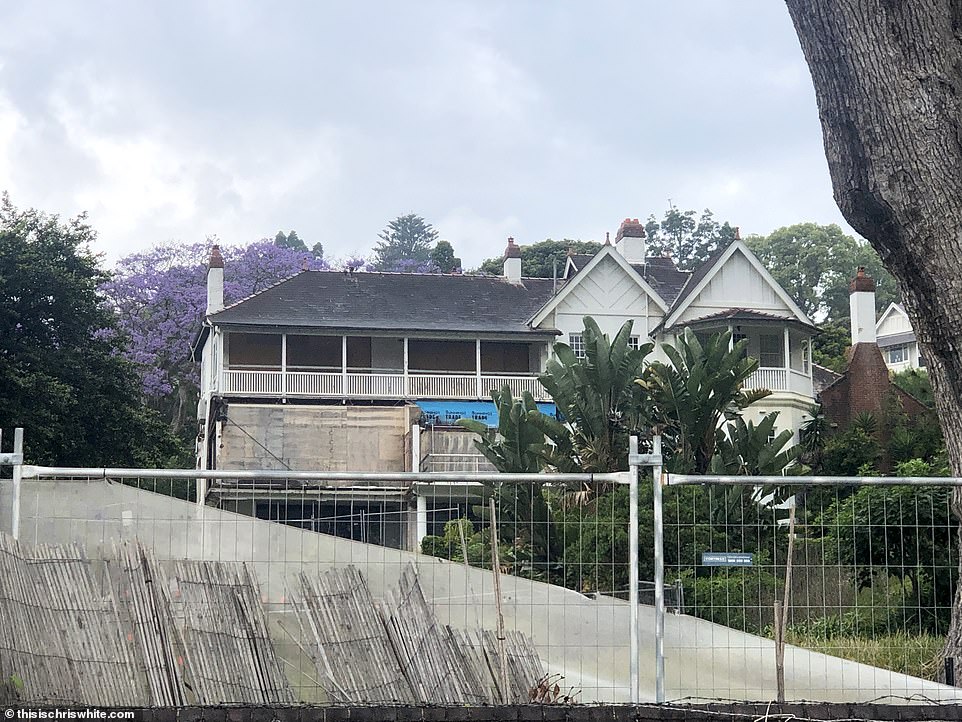 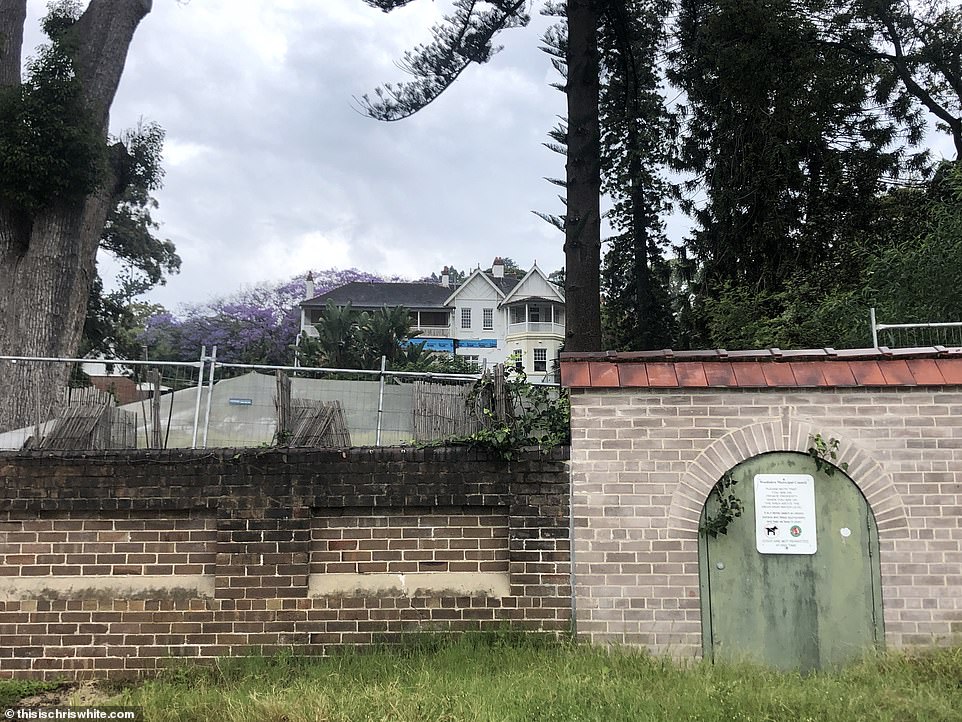 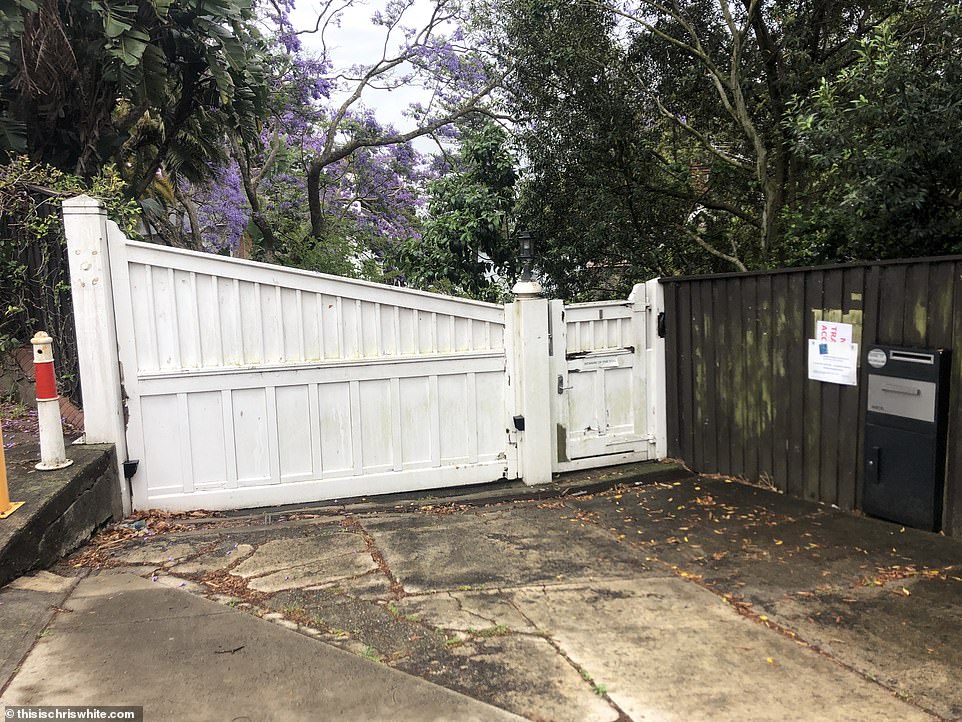 Homeowners are understood to have a five-year window to begin construction from the moment the development application is approved by council.

The Elaine estate is next door to a 1.12-hectare property owned by Farquhar’s Atlassian co-founder Mike Cannon-Brookes.

Cannon-Brookes in 2018 bought the $100million property, named Fairwater, which was formally owned by Lady Mary Fairfax.

John Brehmer Fairfax announced he would sell the Elaine estate in September 2013 and it hit the market in 2014. 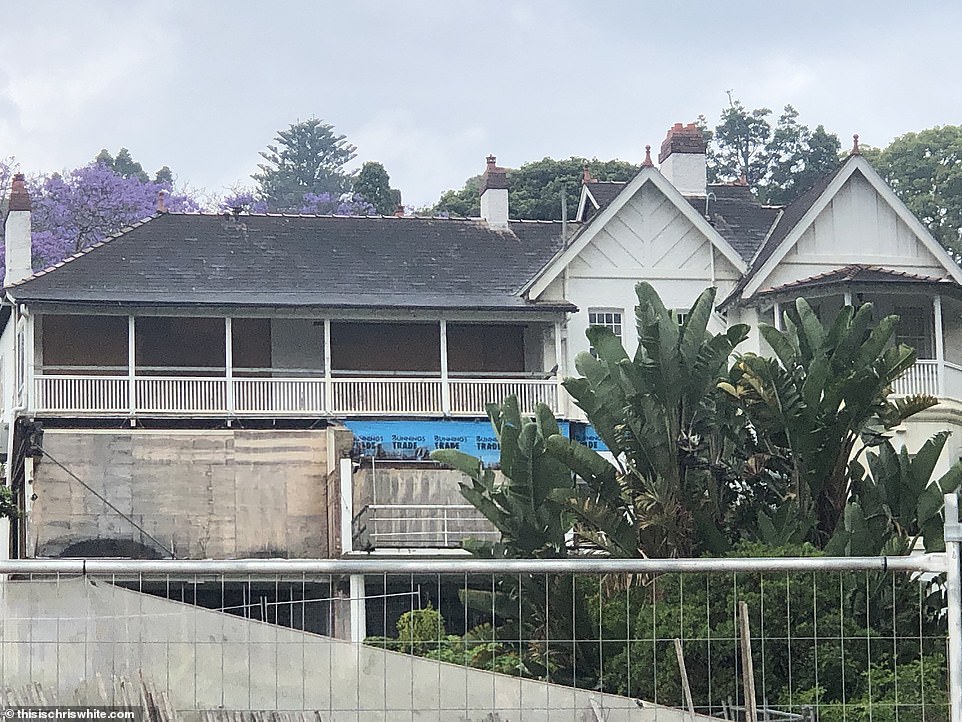 The Point Piper property, named Elaine, is currently caged by a construction fence – a far cry from its glory days as one of the country’s most beautiful homes 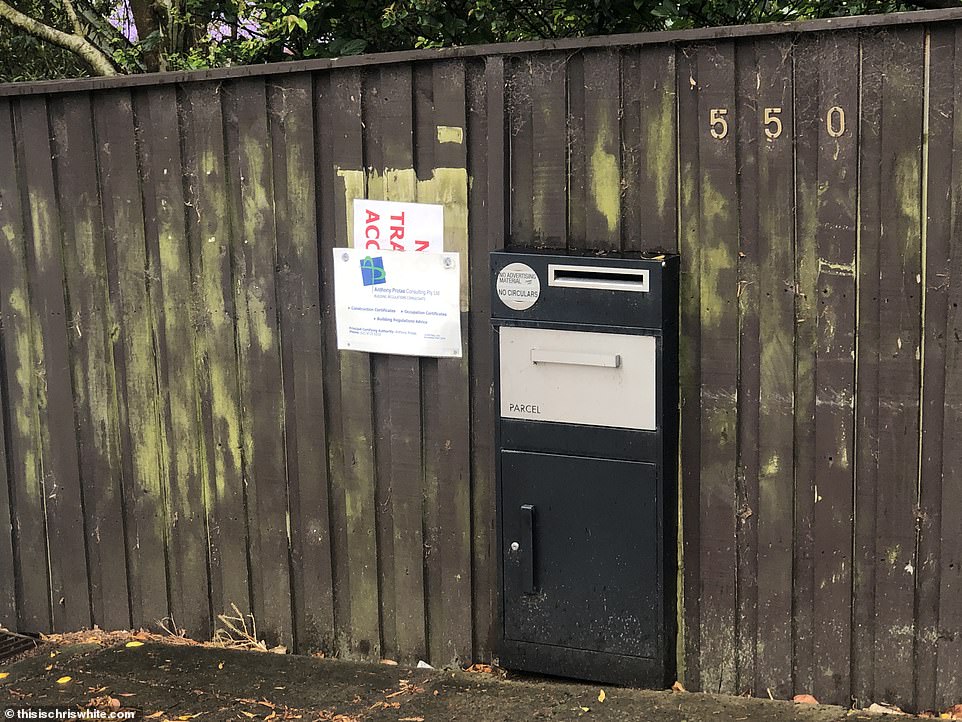 The property had been in the family since 1891, when Geoffrey Evan Fairfax bought it for £2,100.

Former chair of the Heritage Council of NSW and heritage architect Howard Tanner stressed the importance of the open space belonging to the Elaine estate.

‘The most important thing for heritage in this part of Woollahra is the continuum of open space with runs from the council chambers, through the foreshore gardens of this property and to Fairwater next door,’ he said.

‘It is the site and the gardens where the real heritage value lies and if there’s one thing that the council should be urgently assisting with, it is keeping this open space.’ 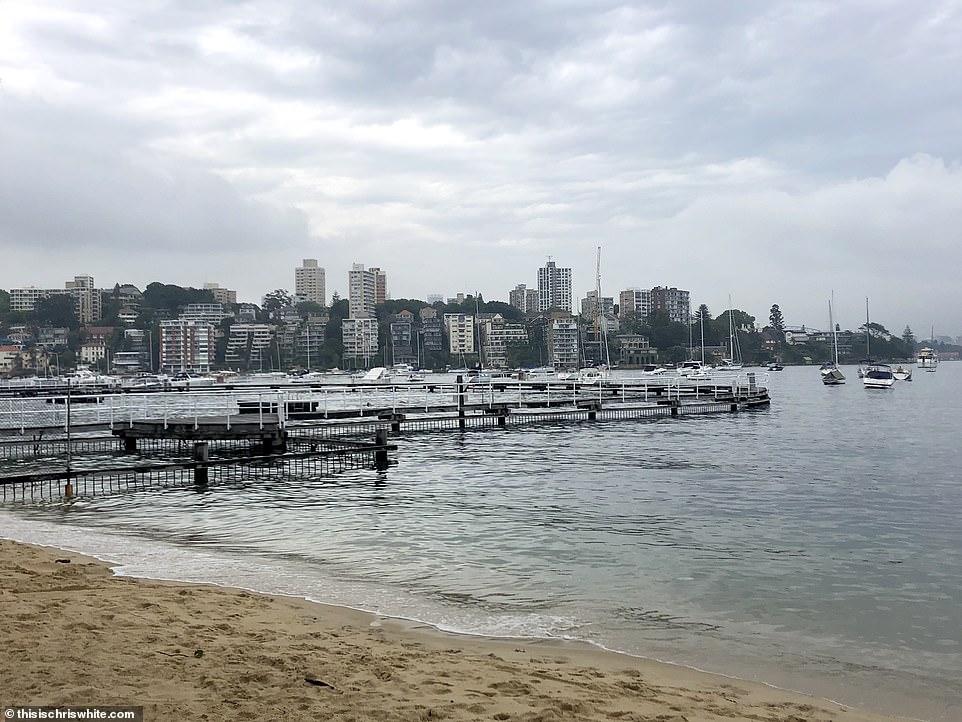 The property, situated adjacent to Seven Shillings beach, has views of Double Bay and North Sydney.

Atlassian has prided itself on leading a greener future with Mr Cannon-Brookes keeping the cause close to his chest and donating billions of dollars into climate initiatives.

The co-founder went on a $70million spending spree buying up properties and land in the Southern Highlands, 120km south of Sydney. 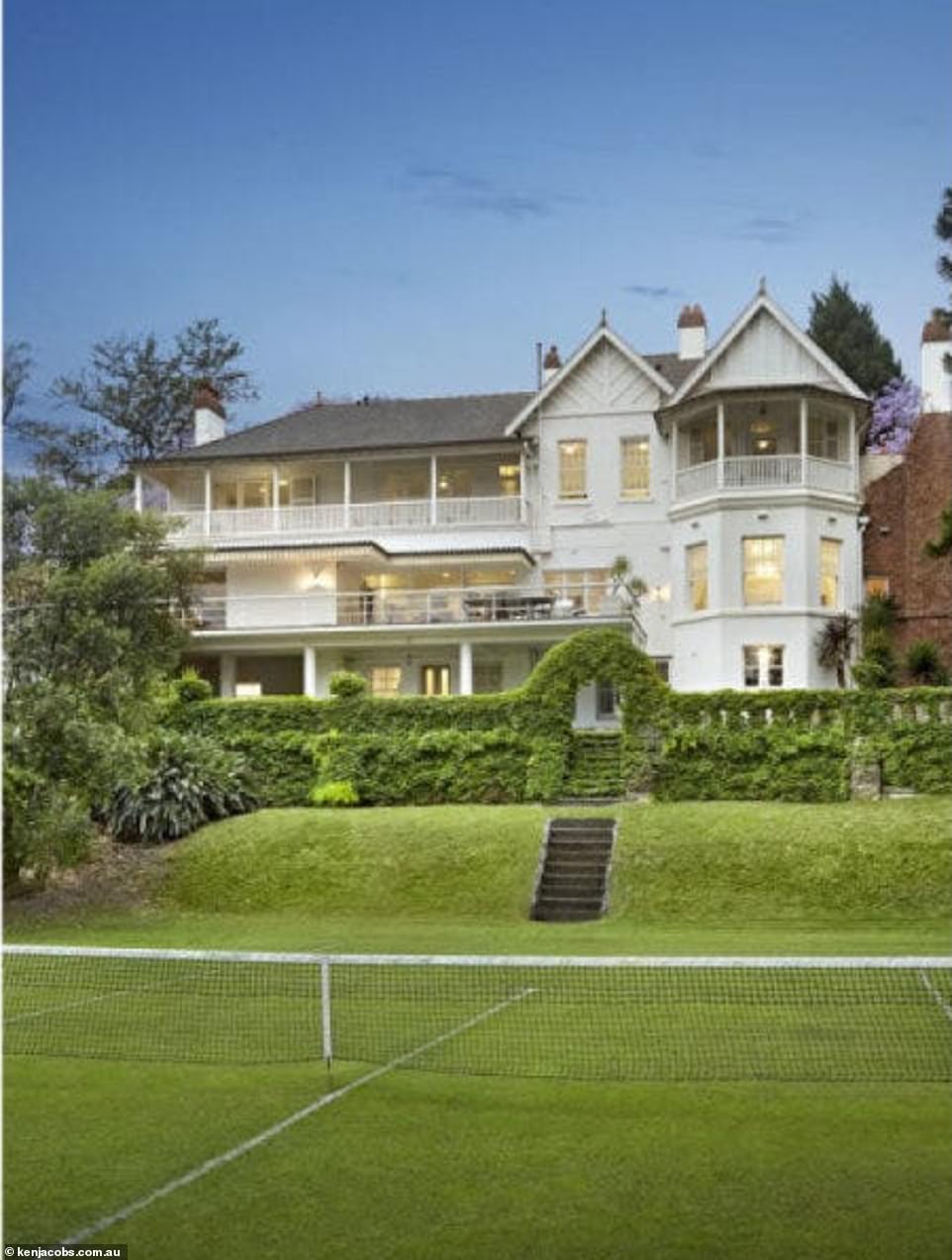 He’s planning to transform the properties he buys into a green paradise using ‘regenerative agriculture’ – with part of his plan to encourage Australians to eat crickets and other insects.

The 41-year-old, who is worth $20billion, has already pledged $1.5billion to climate initiatives.

‘[I] have heavy investments in controlled environment agriculture because it turns electricity into farming,’ he tweeted. 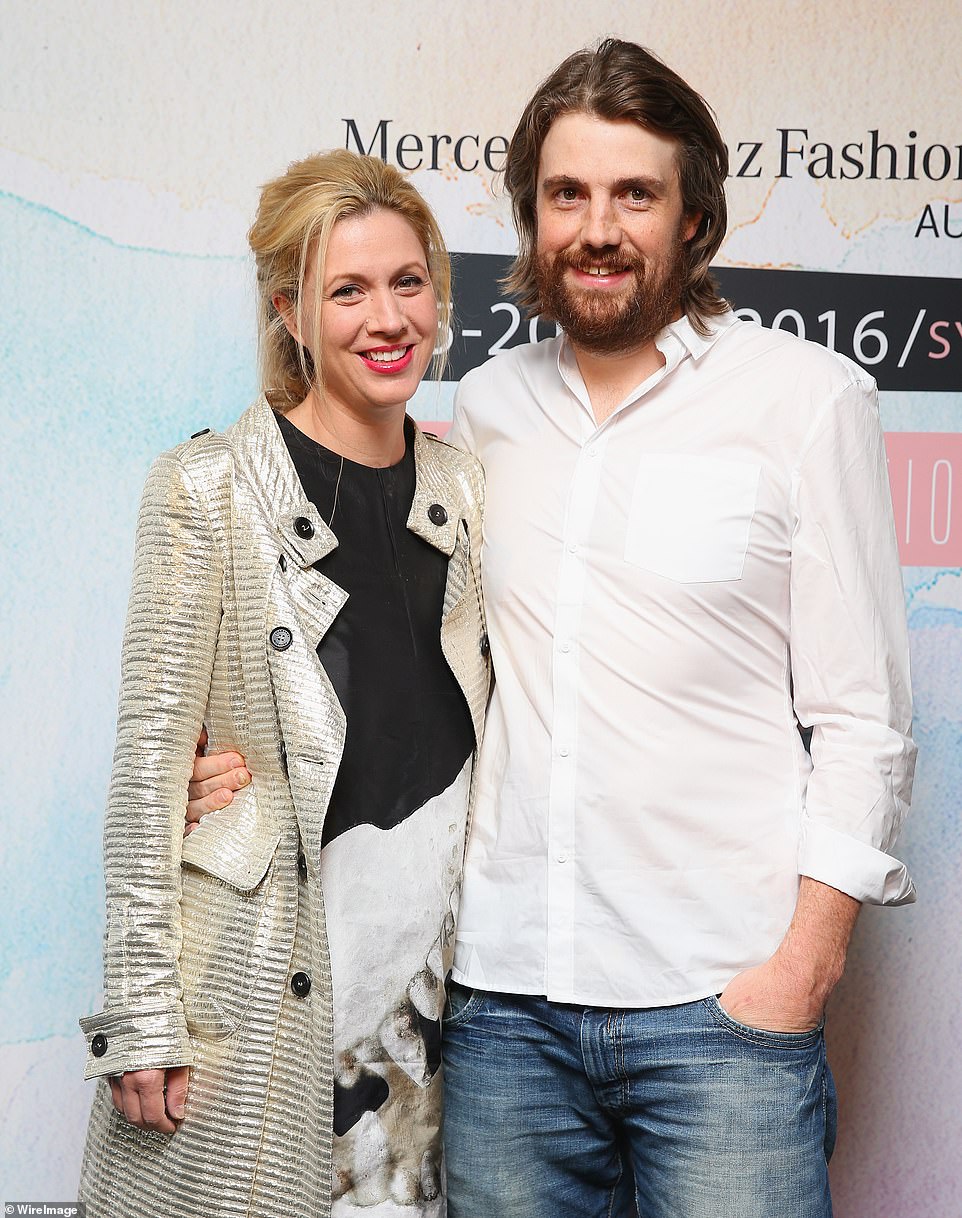 He has also warned the world needs to change its eating habits by adding insects to its daily diet if the planet is to feed a global population of eight billion.

‘Insects are a huge part of a sustainable future,’ he said.

‘Always looking for interesting opportunities in that space!’

Atlassian has moved their offices to 100 per cent renewable energy and brought its net zero commitment forward from 2050 to 2040.

‘The risks posed by climate change and structural inequalities are risks to Atlassian’s business, to say nothing of our customers’, employees’, and community stakeholders’ well-being,’ Cannon-Brookes and Farquhar wrote.

‘We’re making great progress when it comes to reducing emissions, protecting customer privacy, and our philanthropic programs run by the Atlassian Foundation.’ 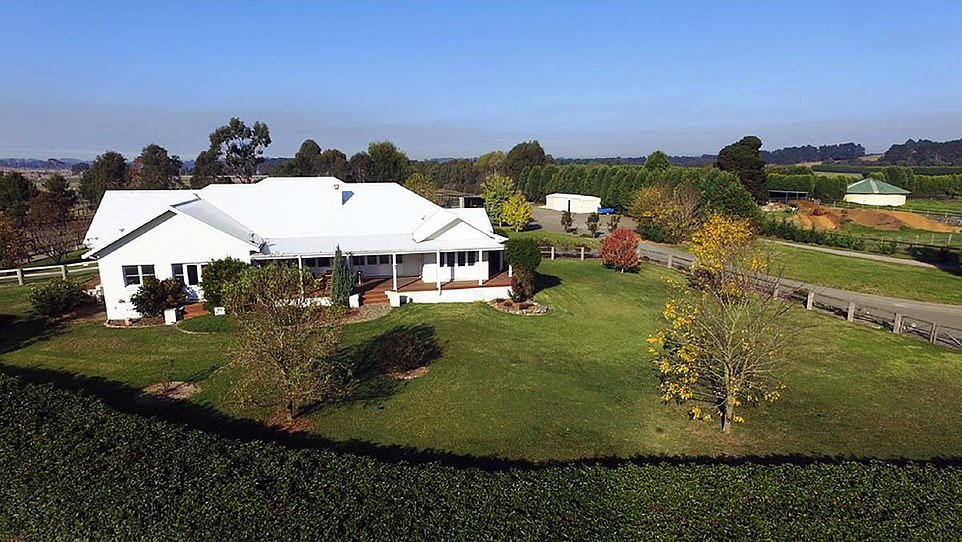 Mr Cannon-Brookes’s latest buy is the $15.25million, 120-hectare Think Big Stud (pictured above and bleow) which was home to the 2008 Melbourne Cup and Caulfield Cup winner Viewed