At least two people were killed last night when a heavy goods lorry smashed into cars and exploded on a busy dual carriageway.

A large rescue and recovery operation was launched after the horrific crash on the A1(M) between Bradbury and Carville in County Durham. The road remained closed late into this morning.

It is understood that there were at least two fatalities. However, Durham Constabulary are investigating the crash and would not comment further when approached for information by MailOnline.

Police appealed for dashcam footage to help explain what caused the fiery crash, which took place at around 6.20pm last night.

Images from the scene showed a lorry had seemingly collided with several cars before smashing into the central reservation, partly crossing it, and catching fire.

Wreckage was strewn for several hundred feet down the road behind the lorry. One white Range Rover was particularly badly damaged, while other cars were written off. Emergency services remained at the scene in the early hours of this morning.

This is the shocking scene after a truck crossed the central reservation of the A1(M) outside Durham around 6.20pm last night 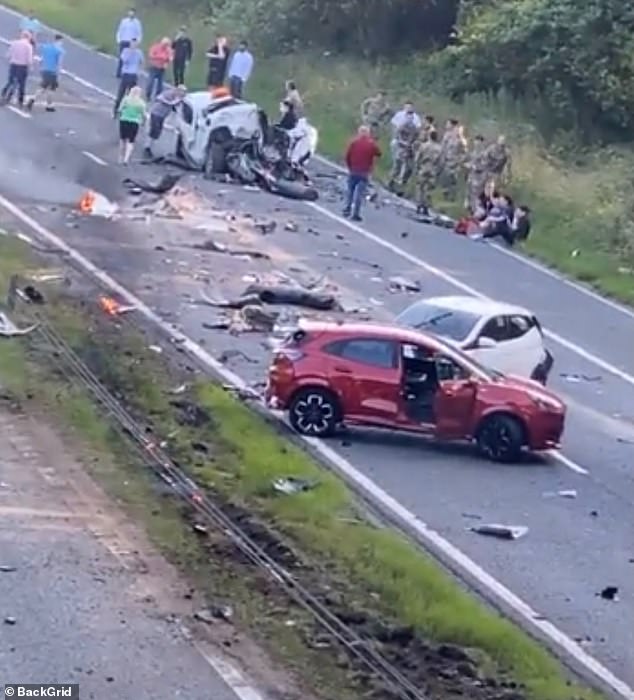 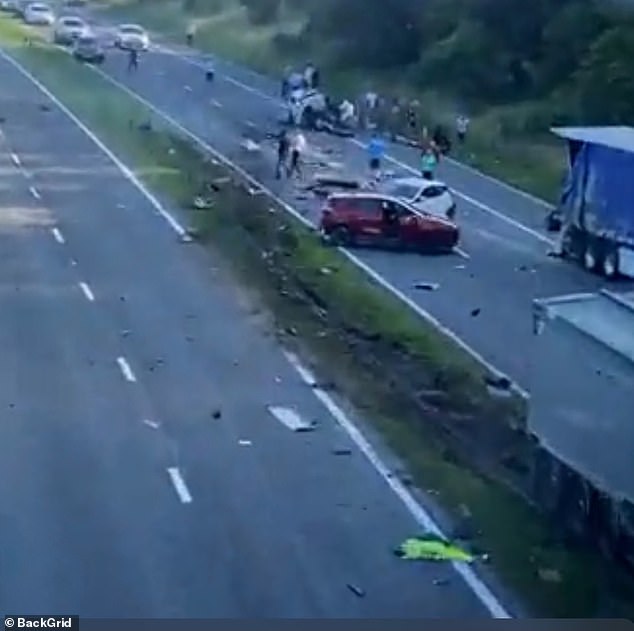 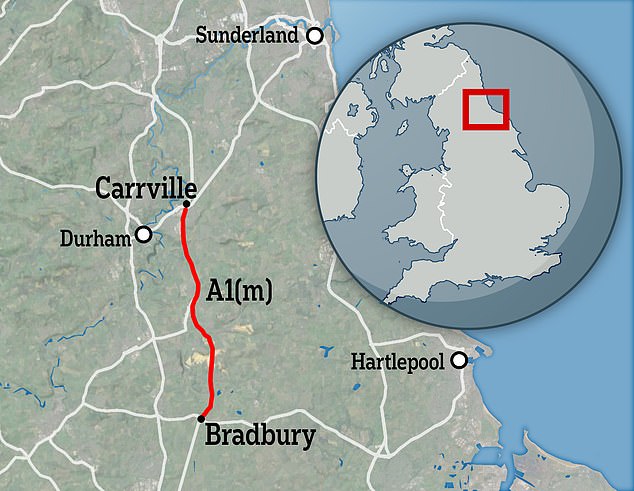 Durham Constabulary are appealing for information, following the smash which took place at 6.30pm.

A police spokesperson said: ‘The incident happened at 6.20pm [on Thursday] on the northbound carriageway at Bowburn.

‘It involved several vehicles, including two lorries, one of which caught fire as a result of the collision.

‘Sadly, there appear to have been fatalities. The road has been closed in both directions between Bradbury and Carrville. It is expected to remain closed for several hours while emergency services, including police, fire and the ambulance service, work at the scene. 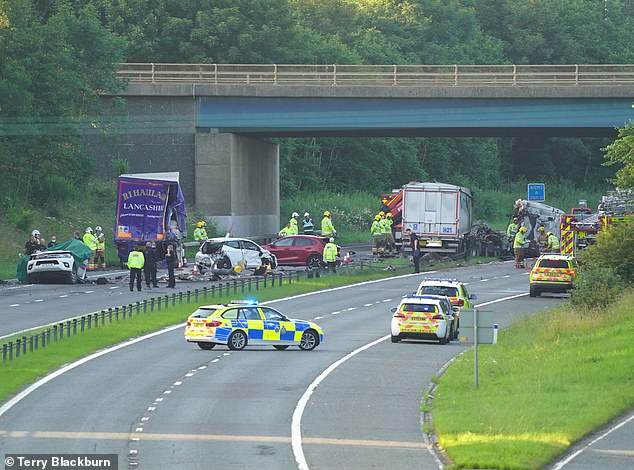 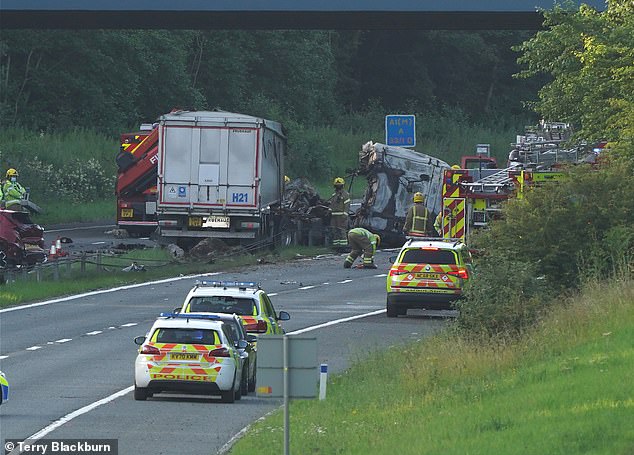 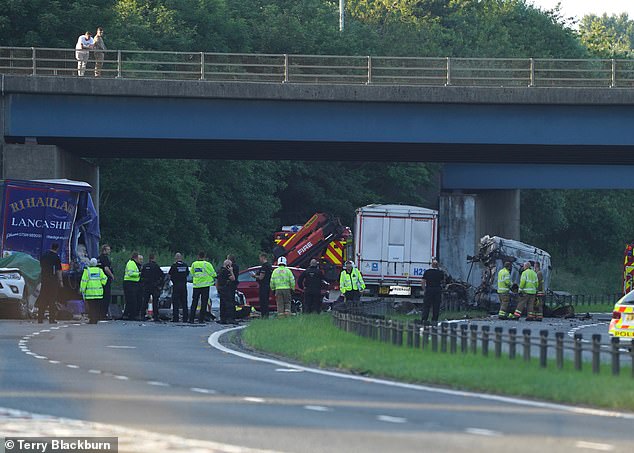 Several cars and two trucks were involved in the collision which took place around 6.20pm

‘We would ask that people avoid the area and plan ahead if they are travelling this evening.’

North East Ambulance service confirmed they are at the scene and this would have an impact on other areas.

A spokesperson said: ‘We’re incredibly busy dealing with this incident at the moment, which may mean other patients in the area experience a delay. If you’re currently waiting for an ambulance, please bear with us and don’t call us back unless your condition worsens.’

Highways England believe the road will be closed in both directions for several hours.

Police have issued an appeal for information and want to see any dashcam footage anyone may have captured of the crash.