At least four people have been stabbed close to the former headquarters of Charlie Hebdo magazine in Paris.

Two of the victims are in ‘an extremely bad way’, said an investigating source, following the attacks on Friday afternoon.

He added: ‘Two attackers were seen running away, and they are being searched for. A suspect device was also spotted.’ 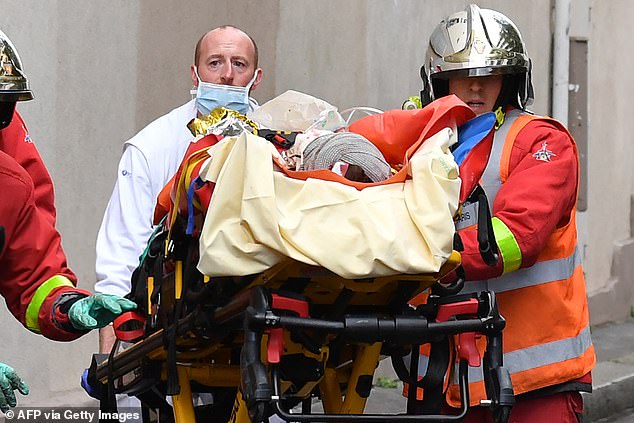 Two of the victims are in ‘an extremely bad way’, said an investigating source, following the attacks on Friday afternoon

It comes as a trial takes place in the French capital concerned with the January 2015 attacks that shocked the world.

They saw three gunmen linked to Al-Qaeda and Islamic State travel around the Paris slaughtering 15 civilians and two serving police officers at will.

Their primary targets were staff at Charlie Hebdo, the satirical magazine which had published a series of cartoons mocking the Prophet Mohammed.

The principal terrorists – who were all known to the French security services – were all gunned down by police themselves, but 14 defendants in the current trial facing life in prison for ‘complicity in terrorism’.

Friday’s attack took place close to the old Charlie Hebdo offices, which were attacked by Paris-born brothers Said and Cherif Kouachi in 2015. 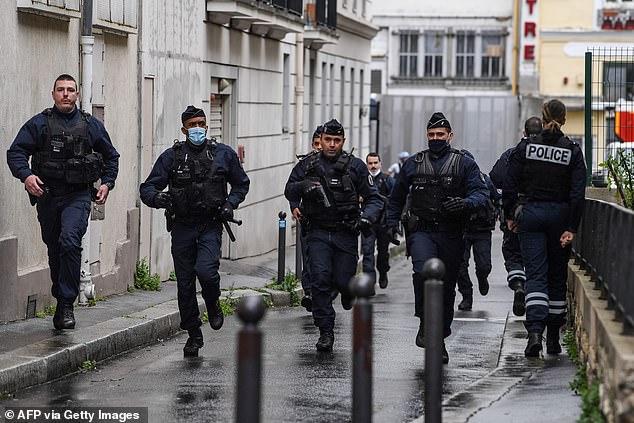 Police said there was ‘extreme concern’ today that those responsible for the stabbings might strike again.

Local schools have been shut down, and people are being advised to stay in their offices and homes.

Charlie Hebdo now publishes from a secret address in Paris, and many staff members have bodyguards.

It marked the opening of the criminal trial by re-publishing cartoons mocking the Prophet Mohammed.

Critics said the publication had deliberately used blasphemy to stir up hatred against Muslims around the world.

The deeply incendiary images originally led to riots across the Muslim world when they were first published in the Danish daily Jyllands-Posten on September 30, 2005. 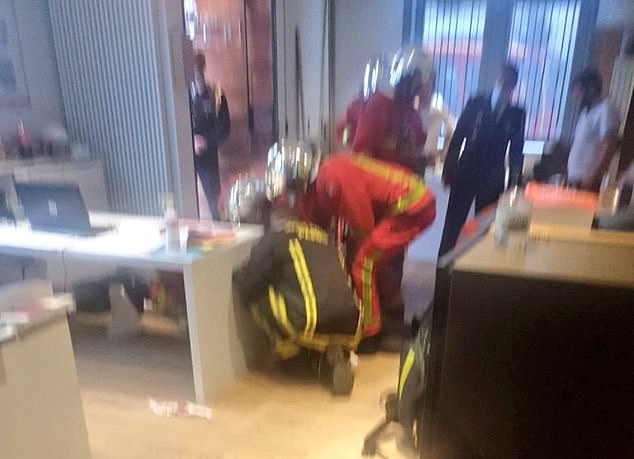 Charlie Hebdo then published them in full in 2006, leading its writers and cartoonists to receive regular death threats.

This led up to the atrocities of 2015, when the Kouachis stormed into their offices and opened fire.

Despite this, the latest Charlie Hebdo carries the cartoons on its front page, under the headline ‘All that for that’.

The landmark trial has seen defendants facing a variety of charges including obtaining weapons and providing logistical support to the killers.

Three of the accused are being tried in absentia, as it is believed they went to fight for Islamic State in Syria.

The Kouachi brothers died during a shootout with police at a printing office northwest of Paris two days after the Charlie Hebdo attack.

The next day day, he took hostages at the Hyper Cacher kosher supermarket in Vincennes, executing store employee Yohan Cohen and customers Philippe Braham, François-Michel Saada and Yoav Hattab before being killed in a police raid.