A school pupil who claims to be 15 but looks 40 and has a receding hairline has disappeared from classes after October half-term, parents claimed today.

Parents at the school in Coventry previously expressed doubts about the asylum-seeking student, who is said to have moved to the UK from Gambia, West Africa.

The Home Office launched an ‘urgent investigation’ into the matter after the city council wrote to parents to reassure them about the situation.

The school also said it has been able to verify the pupil’s age, but did not explain how – further fuelling concerns about the balding male.

Worried parents are now claiming that the pupil has not returned to classes since the October half-term, according to the Metro.

One parent said:  ‘The general feeling among parents is that they are bemused and untrusting. Parents have been told that sharing images of children is wrong and is a form of bullying, they’ve not been told what action was taken.’

Parents at the school in Coventry previously expressed concerns about the asylum-seeking student, who is said to have moved to the UK from Gambia, West Africa

MailOnline reported how photographs emerged purporting to show the student, following concerns raised by his fellow pupils after he joined the school.

The pictures were posted on Facebook after one schoolgirl shared them in a private Snapchat message amid questions over his age.

The girl’s mother was then called into school to discuss the issue with teachers who expressed concerns that sharing the photos could amount to bullying.

She told The Sun: ‘I said, ‘You can’t really blame the children [for talking about it] – he looks about 40’. They sort of nodded and said, ‘Yes – we did have concerns but we’ve been told that he is in fact Year 11 age’.

‘I just felt a bit annoyed that the school was trying to shut down my daughter. I said, ‘I’m all for encouraging free speech and I don’t agree that it was bullying as such.’

She added: ‘The school has said it’s inappropriate for us to question his age. There’s absolutely no way this boy looks 15. He looks about 40 to me.’

Another parent told Metro: ‘Pupils were coming home saying there’s a man in our class, some were even saying they reckoned he could be aged up to 40.

‘He has a thin hairline and apparently he has no birth certificate or passport. He might be the right age, he might not. Either way parents would like some clarity.’ 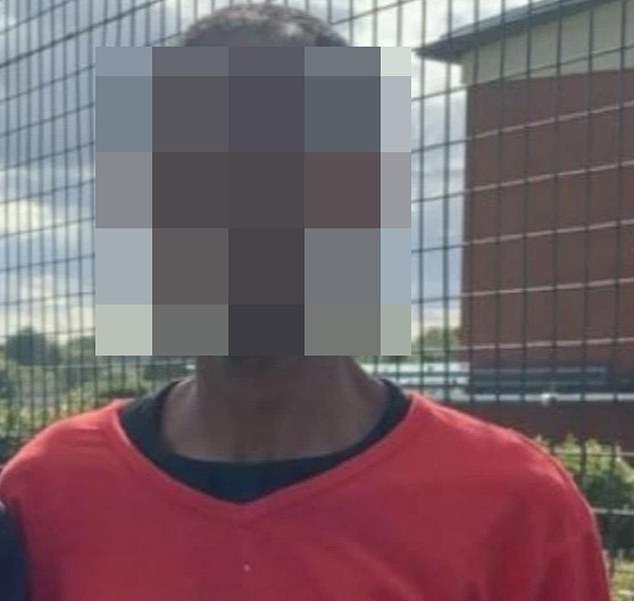 The school pupil who recently moved to Britain from West Africa looks more like a 40-year-old man and has a receding hairline, parents have claimed 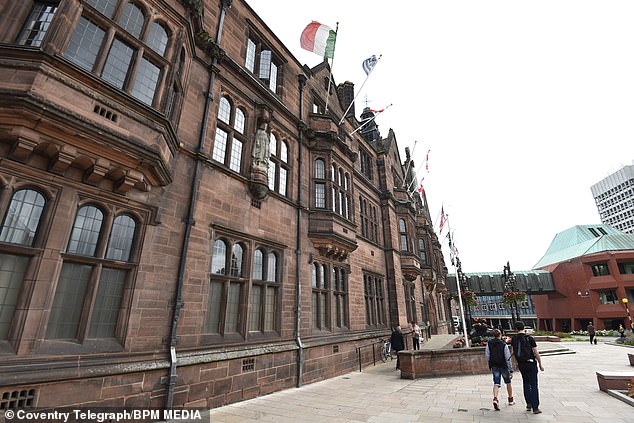 Coventry City Council (based at Council House in the city, pictured) assured parents that all necessary checks were carried out for the new student

It is believed the pupil travelled to the UK without a birth certificate or passport, before being placed at an unnamed school.

In a letter, Coventry City Council assured parents that it carried out all necessary checks for the new student.

It added that local authorities are obliged to process school applications from migrant children arriving in England, and that concerns over a pupil’s age are usually clarified by asking for a birth certificate or passport.

The letter adds: ‘On some rare occasions if pupils arrive as asylum seekers and alone, i.e. without parents, these may not always be available.’

The school said it followed Department for Education guidance and carried out the correct procedures when identifying any children placed on the school roll.

Asylum seekers have posed as children before. In 2018, an investigation revealed an Iranian migrant posed as a 15-year-old GCSE student but told classmates he was 25.

The 6ft 1in man, who came to Britain using the name Siavash, spent six weeks as a Year 11 pupil at Stoke High School in Ipswich, Suffolk.

He was only taken out of class when pupils became upset and parents threatened a boycott. An official probe concluded he was almost certainly over 18.