By Abul Taher Security Correspondent For The Mail On Sunday

Migrants who have smuggled themselves into Britain are being ferried around the country in taxis costing the taxpayer millions of pounds, The Mail on Sunday can reveal.

Asylum seekers are also being chauffeur-driven from airports to hotels and accommodation centres, or taxied to detention centres and even interviews with Home Office staff. Some individual journeys have cost hundreds of pounds.

It is understood that Clearsprings, which is based in Rayleigh, Essex, has contracts with other taxi firms costing hundreds of thousands of pounds.

Migrants who have smuggled themselves into Britain are being ferried around the country in taxis costing the taxpayer millions of pounds. Pictured: Migrants arrive at Napier Barracks in taxis

The company provides housing and transport for most of the 4,000 migrants who arrived this year in dinghies from Calais. Sources claim that Clearsprings paid Sussex-based Evo Taxis more than £1.7 million to transport asylum seekers around the South East over two years.

The journeys included ferrying newly arrived asylum seekers from Gatwick Airport to hotels in Sussex and Kent, and picking up migrants who had been intercepted in the Channel by Border Force patrols and landed at Dover. 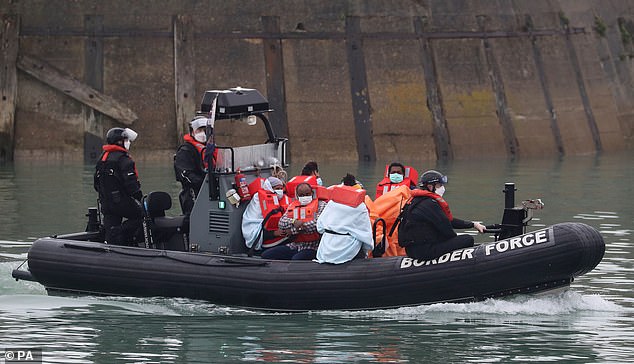 A group of people thought to be migrants are brought into Dover, Kent, by Border Force following a small boat incident in the Channel

Last month, taxis belonging to Evo and its sister company Gatwick Cars were seen dropping dozens of asylum seekers off at Napier Barracks in Folkestone, Kent, which has been converted into an emergency migrant hostel and is run by Clearsprings.

Photographs and videos of the asylum seekers arriving at the barracks appeared in the national media, sparking off an internal inquiry at Evo that last night said it had not been commissioned by Clearsprings for any jobs on that day.

Sources at the cab firm said that a former employee now working for another taxi company appeared to have hired drivers from Evo and Gatwick Cars to make the journeys in question.

An Evo spokesman said: ‘We have conducted our own compliance investigation and have, as a result, reported a number of drivers for breaching licensing regulations to Crawley and West Sussex councils.’

Clearsprings declined to comment and referred inquiries to the Home Office, which said: ‘We pay a set mileage rate for all journeys that Clearsprings provides as part of their asylum contracts.

‘Any additional costs, including those to comply with Covid-19 regulations, are paid for by Clearsprings, not the Home Office.’ 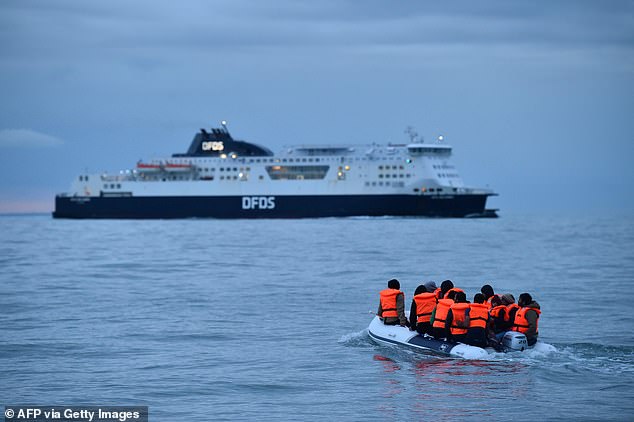