Bestselling finance author Scott Pape argues a stock market crash is long overdue with the Global Financial Crisis now more than a decade ago – as $72billion was wiped off shares on Wednesday alone.

Australian investors haven’t experienced a prolonged stock market crash, linked to bad credit conditions, since 2008, with shares plummeting only briefly at the beginning of the Covid pandemic more than two years ago.

But on Wednesday, the Australian Securities Exchange plunged by 2.75 per cent in the opening minutes, wiping out $66billion, after another high inflation reading in the US sparked fears of a giant interest rate rise in the world’s biggest economy.

The losses by the late morning of 2.8 per cent equated to a $72billion plunge as the local market suffered its worst session in three months, with all 11 ASX sectors going backwards.

‘We are well overdue for a stock market crash,’ Pape said.

Scott Pape, the author known as the Barefoot Investor, issued the warning just a few days before the ASX plunged

‘They happen, after all, on average every 10 years, and the last one (discounting the Covid-induced flash-crash) was 14 years ago.’

The GFC was the last major long-lasting share market downturn in Australia.

The Australian Securities Exchange’s benchmark S&P/ASX200 peaked at 6828.7 points on November 1, 2007 before a long run of consecutive, daily slides began in early 2008.

The American sub-prime mortgage market crisis led to the collapse of 161-year-old American financial services giant Lehman Brothers in September that year, as the GFC marked the worst global economic crisis since the 1930s Great Depression.

Pape said the financial post-traumatic stress disorder of the GFC was particularly traumatising for those approaching retirement.

‘I still have PTSD from the GFC,’ he said.

‘People on the verge of retirement wrote to me in tears as they watched the value of their super dissolve in front of their eyes.

‘They had no idea how much risk their super fund was taking … until the market crashed.’

The Australian Securities Exchange had a bad start on Wednesday morning, with the benchmark S&P/ASX200 plunging by 2.75 per cent to 6,817 points in the opening minutes of trade, causing the value of stocks to plunge by $66billion. 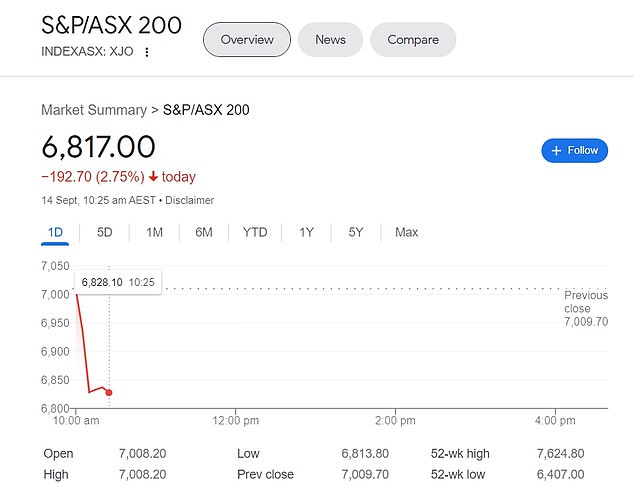 The Australian Securities Exchange had a bad start on Wednesday morning, with the benchmark S&P/ASX200 plunging by 2.75 per cent to 6,817 points in the opening half-hour of trade, causing the value of stocks to plunge by $66billion

While the Covid share market crash of 2020 was short-lived, downturn linked to bad credit conditions can leave a trail of damage lasting a decade

This was more moderate than June’s four-decade high level of 9.1 per cent but the result reminded investors the US Federal Reserve was more likely to raise interest rates because the headline result was above market expectations.

CommSec market analyst Steven Daghlian said the US market suffered its worst day in two years as investors worried about the prospect of a giant one percentage point US interest rate rise.

‘That’s difficult for our market to shake off.

‘That also means interest rates will likely continue to lift elsewhere, including Australia.’

High inflation is particularly bad for the property sector as rising interest rates curtail the lending capacity of banks.

‘Certainly those that are a little more interest rate sensitive are falling more than most,’ Mr Daghlian said.

‘So property, for example, with higher borrowing costs and the potential impact on the value of their property; retail, fewer dollars in people’s pockets when rates are rising.’ 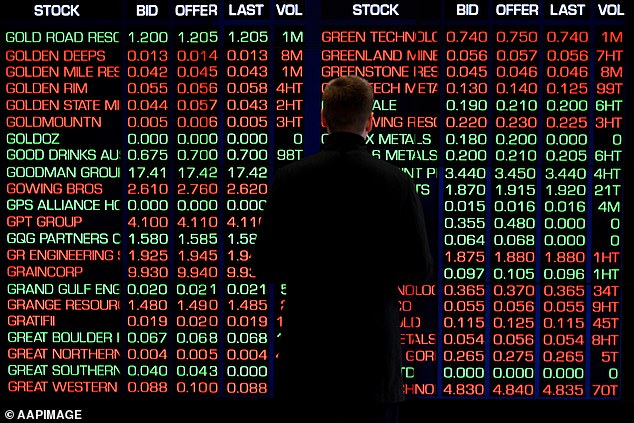 The Australian Securities Exchange plunged by 2.75 per cent in the opening minutes after another high inflation reading in the US sparked further rate rise fears.

Australia’s annual headline inflation rate in June surged by 6.1 per cent, with the quarterly figures showing the CPI surging at the fastest level since 1990, when the one-off effect of the GST introduction in 2000 was excluded.

The Reserve Bank of Australia is expecting inflation this year to hit a 32-year high of 7.75 per cent, which means more interest rate rises in 2022.

‘All in all, expect stronger than expected inflation prints to come later this year,’ she said.

‘This will cause markets shocks and put growth sectors on notice for a hair cut – tech, property, consumer spending.

‘When inflation typically comes in stronger than expected, it gives the central bank room to rise rates more than expected.

‘And when rates rise more than expected, it takes future earnings growth away from the growth sectors.’ 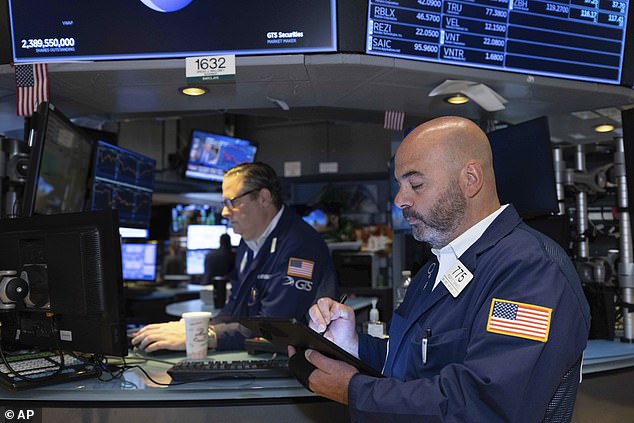 ‘While it is a small negative result this month, this reflects the volatility across investment markets, with elevated inflation levels continuing to pose challenges across markets,’ he said.

‘Another interest rate rise impacted investment returns, though the silver lining here is that this may benefit retirees who are deriving an income from their pension accounts through exposure to cash.’

The era of the record-low 0.1 per cent cash rate ended in May and since then borrowers have copped five consecutive monthly interest rate rises, taking the cash rate to a seven-year high of 2.35 per cent in September with the latest 0.5 percentage point monthly increase. 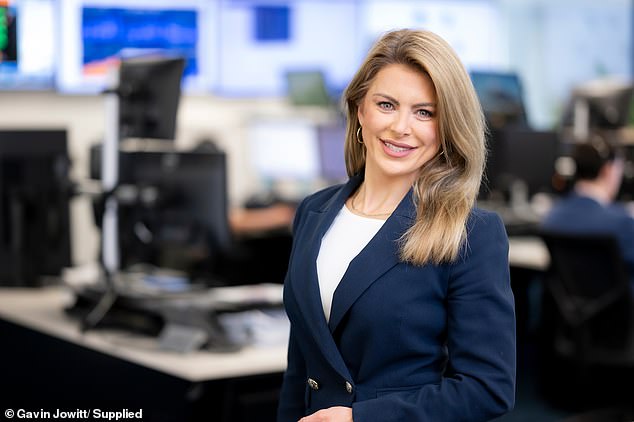 The 2.25 percentage points worth of RBA increases have marked the most severe monetary policy tightening since 1994.

They have also made share market investors nervous, following a stellar rise throughout 2021 when interest rates were cut to record lows.

The Australian Securities Exchange had plunged by a third over three weeks in March 2020 as the World Health Organisation declared a Covid pandemic.

But the market surpassed its February 2020 peak by May 2021 with the benchmark S&P/ASX200 hitting a new peak in August 2021 – nine months after the Reserve Bank of Australia cut the cash to 0.1 per cent.

Australia also had a major share market crash in 1987.