Astronauts making the seven-month trip to Mars face an increased risk of going deaf and suffering balance problems, according to the findings of a new study.

Researchers from the Medical University of South Carolina used MRS scans to discover that long space missions can cause a fluid build-up in the ear.

Such build-ups can cause hearing loss and giddiness – a condition called ‘mastoid effusions’ – impacting the bone at the back of the ear.

Donald Trump wants the first manned mission to Mars to happen by 2033. The trip will take around seven months – longer than astronauts currently stay on the ISS.

Astronauts on board the International Space Station spend an average of six months in space. The new study found this puts them at a greater risk of an ear condition that could cause deafness. This is a picture of Christina Koch in space – but is not linked to this study

The study involved MRI scans of 35 astronauts – 17 from the NASA Space Shuttle program team and 18 of them having spent time on the International Space Station.

Travelling outside Earth’s atmosphere into the reaches beyond has long been likened to doing a headstand – because of zero gravity, researchers say.

This was compared to those who took part in shorter Space Shuttle missions of around two weeks.

The mastoid bone is at the back of the ear and contains air cells vital for hearing –  when fluid collects in this area, it can cause pain and reduced faculties.

Corresponding author Dr Donna Roberts, of the Medical University of South Carolina said there was a direct link between conditions on the ISS and mastoid effusions.

Head congestion is one of the most common symptoms experienced by astronauts as the nose, ears and eyes become clogged with fluid.

Spaceflight leads to over three and a half pints of blood shifting upwards, from the lower to the upper body.

The study published in JAMA Otolaryngology–Head & Neck Surgery is the first to measure the affect on the sinuses mastoid air cells.

No differences were found in the sinuses of the astronauts in the study.

However, long-duration spaceflight was associated with a 9.28 greater odds of mastoid effusions compared with short-duration.

This may be because it damages tubes and vessels that link the inner ear to the back of the throat and head, explained Dr Roberts.

She said in zero gravity, astronauts experience nasal stuffiness and head pressure, but there is little data concerning any physiological changes of the nasal sinuses or mastoid air cells.

NASA has avoided the use of CT (computed tomographic) scans to limit the dose of radiation astronauts receive, given the exposure they experience during spaceflight.

But, as part of routine medical protocol, they all undergo pre and post-flight MRI scans of the head.

Her team took advantage by reviewing these scans – all of which were obtained before and after either Space Shuttle or ISS missions.

‘Long duration spaceflight on the ISS is associated with an increased incidence of mastoid effusions,’ Roberts said.

‘The cause of this phenomenon is likely multi-factorial, but possible explanations may be reflective of several conditions associated with effusions seen on Earth.

‘Further investigation is needed to provide a definite explanation for the development of these effusions and to determine whether these results can be applied to more than this small astronaut population.’ 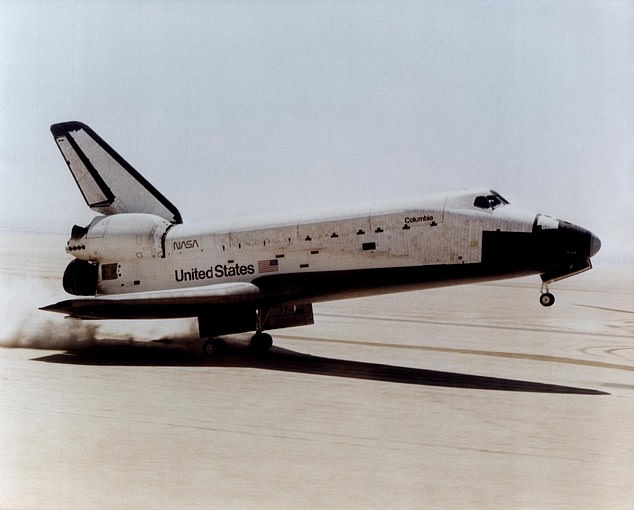 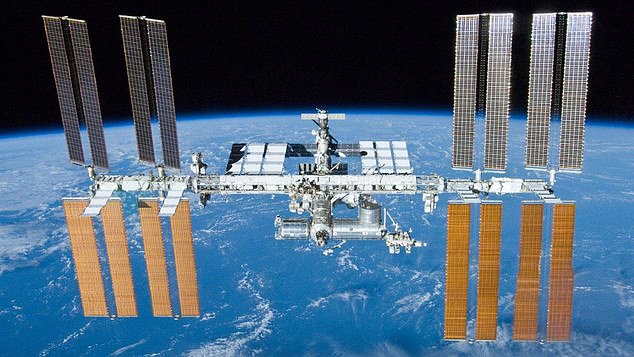 Dr Michael Stenger, of NASA’s Human Research program, who was not involved in the study, said the consequences need to be better understood by space doctors.

New medical requirements will be needed for upcoming exploration missions away from Earth, Stenger siad.

This is because a mastoid effusion could increase the risk for debilitating ear pain.

‘On the ISS, in the event of a medical emergency, astronauts can de-orbit and be treated relatively quickly, within hours.

‘On a mission to the moon or Mars, treatment would be limited to supplies and techniques available on the vehicle.’

Possible remedies include simulating Earth like gravity on the Mars spaceship or thigh cuffs that can trap blood in the legs.

‘The space research and medical community is aggressively working to identify the proper magnitude and duration of these countermeasures,’ said Stenger.

He said it was an exciting time in human space flight with the advent of commercial operators and the upcoming manned missions to the Moon.

‘Although it has been 50 years since the Apollo 11 moon landing and 20 years sincehumans began continuously residing on the ISS, researchers continue to make novel discoveries regarding the human body in space,’ said Stenger.

The findings have been published in the journal JAMA Otolaryngology – Head and Neck Surgery.

Astronauts journeying to Mars would likely be bombarded with 700 times the levels of radiation experienced on Earth.

Even on the International Space Station, astronauts are exposed to 200 times more radiation as a result of their work than would be experienced by an airline pilot or a radiology nurse.

If a burst of space radiation is detected, mission control in Houston, Texas, can instruct astronauts to abort space walks, move to more shielded areas of the orbiting laboratory and even adjust the station’s altitude to minimise any health impacts.

Solar flare activity can cause acute radiation exposure effects — such as changes to the blood, diarrhoea, nausea, and vomiting — which can be recovered from, and other impacts that are non-reversible and/or fatal.

This can increases the risks of cancer, generate cataracts and cause sterility.

It can also cause damage to the brain, central nervous system and heart, paving the way for various degenerative diseases.

DNA changes from space radiation can even be passed on to subsequent children.