AstraZeneca would have run the Oxford coronavirus vaccine trials differently if it had been in charge, a boss at the pharmaceutical giant has said.

The study of the vaccine became confused and produced two possible levels of efficacy after one batch of the jabs was found to be half as potent as the rest.

While a group of people given the full two doses of the jab saw it block 62 per cent of coronavirus infections, people given 1.5 doses showed a better 90 per cent.

The difference had emerged when a problem in the manufacturing process saw the researchers presented with a batch of the vaccine that they weren’t sure how strong it was, so they gave participants half as much. It later turned out it was a normal strength and the people had only been given half a dose.

But Oxford University insisted this was not a mistake, saying scientists and regulators knew the dose could be too small before they gave it to anyone.

AstraZeneca’s Dr Mene Pangalos told BBC Panorama, in an episode that will air tonight: ‘There is no doubt I think that we would have run the study a little bit differently if we had been doing it from scratch.

‘But ultimately it is what it is and I think the Oxford group have done a fantastic job and then we’ve done as good a job as we possibly can to translate that into the data-set that we can provide to the regulators and to regions around the world for the approval.’

It comes after the vaccine’s inventor – Professor Sarah Gilbert – said yesterday the chances of it being approved before the end of 2020 were ‘pretty high’.

The UK has ordered 100million doses of the vaccine – which can be stored at the same temperature as a household fridge – raising hopes of a quick end to the pandemic.

As many as four million will be given out to key workers once the NHS gets the green light from regulators. 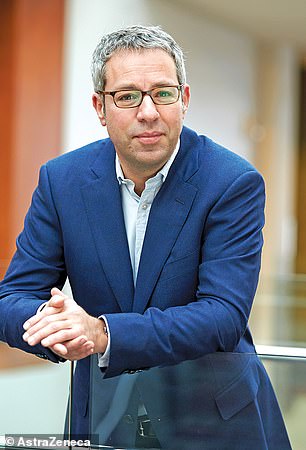 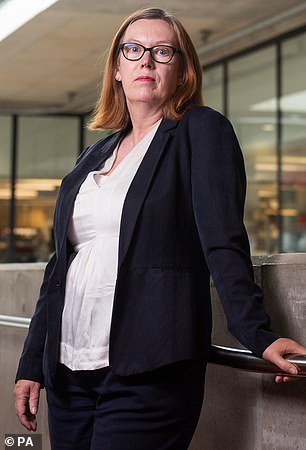 Dr Mene Pangalos, from AstraZeneca, said the company would have done the trials differently. It comes after Oxford University vaccinology professor Sarah Gilbert said the chances of getting the jab before the end of 2020 ‘are pretty high’

Dr Pangalos may have been suggesting the pharmaceutical giant would have run a trial where participants only received one dosing type, instead of two.

Professor Andrew Pollard, who heads up the Oxford University Institute behind the jab, was also asked whether the jab was approved ‘too quickly’.

‘It doesn’t feel to me like it’s been very quick – it seems to have taken about 10 years to get to this point – but I think in the end the processes we’ve gone through are just the same and just as rigorous as normal times,’ he said.

Professor Sarah Gilbert, who heads up the team behind the Oxford coronavirus vaccine, has suggested it could be given the green light by regulators before the New Year.

Speaking on the Andrew Marr Show yesterday, she said the chances were ‘pretty high’.

She said this was due to companies potentially encountering problems with the supply of raw materials as doses are produced, which could slow down vaccine rollout if other jabs are not available.

‘So having multiple shots on goal, multiple irons in the fire, is what we really need,’ she added.

It is unclear which dosing regimen regulators will approve for roll out.

The two full doses regimen was shown to be 62 per cent effective after it was tested on almost 9,000 people, including those over 55.

A half dose and full dose regimen, however, was 90 per cent effective, according to the trial results. But it was tested on a smaller sample size – almost 3,000 people – and not in anyone over the age of 55.

The World Health Organization set the threshold for approving a vaccine at one that is 50 per cent effective.

‘The key point here being it is a highly efficacious vaccine that is going to have a huge impact on the pandemic if we can get it licensed and then rolled out.’

The full episode of Panorama, The Race for a Vaccine, will air today on BBC One at 9.05pm.

Raising the spectre of the vaccine being rolled out to the public before the New Year, Professor Gilbert told the Andrew Marr Show yesterday it was not impossible.

She said this was due to companies potentially encountering problems with the supply of raw materials as doses are produced, which could slow down vaccine rollout if other jabs are not available.

‘So having multiple shots on goal, multiple irons in the fire, is what we really need,’ she added.

The UK’s medical regulator, the Medicines and Healthcare Regulatory products Agency (MHRA), will need to decide which dosing regimen to approve for the vaccine.

Its two full dose regimen was tested on almost 9,000 trial participants including those over 55.

But the half dose and full dose regimen, which trials suggest was more effective against the virus, was only tested on less than 3,000 volunteers including none under the age of 55. 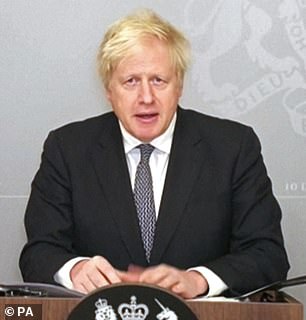 Dr Gilbert has previously suggested the second dosing method may be more effective because the first shot ‘primes the immune system’ before the second improves the immune response.

It has been suggested this could better reflect a natural infection, when a small dose of the virus is battled off by the immune system, before a larger dose.

Professor Gilbert also emphasised that behaviour over the festive period will have a ‘big impact’ on how long it will take to get back to normal on the BBC’s Andrew Marr Show yesterday.

She said: ‘What we’ve seen in the US is that after Thanksgiving, when people were travelling and mixing, there’s now been a big surge in infections and they’re seeing 3,000 deaths a day now – the highest rate there’s ever been in any country.

‘If we have that kind of thing happening over the Christmas holidays in this country, with very high transmission rates then possible in January, it’s going to take so much longer to get things back to normal.

‘Because partly all the vaccination clinics will be disrupted. It’s not possible to run vaccination clinics when staff are off sick, and there’s a very high transmission rate affecting people’s ability to come to be vaccinated. So I think what we do over the next few weeks is really going to have a big impact on how long it’s going to take to get back to the normal.’

London’s Tory MPs have urged Boris Johnson not to inflict ‘untold damage’ on the capital by moving it into a tier 3 lockdown this week.

In a letter seen by The Mail on Sunday, the MPs urge the Prime Minister to spare the capital because shutting it down would hurt not just Londoners, but ‘people across the nation’ who depend on the ‘wealth and prosperity generated by our great city’.

A decision on whether to plunge London into the highest lockdown before Christmas was going to the wire this weekend, with a row brewing with Ministers after police and local councils objected to plans to divide London into different tiers.

With the capital’s businesses saying tier 3 would deliver a £3 billion hit to the economy, Ministers including Michael Gove have suggested that only the outer London boroughs with the highest infection rates should go in to the top tier.

Health Secretary Matt Hancock is also understood to be considering splitting the worst-hit parts of the capital off into tier 3 but leaving the majority of the city in tier 2.

It would mean restaurants and other hospitality businesses in London’s West End could stay open, while those in suburban areas would close.

The UK’s second wave of coronavirus appears to have stopped shrinking, after health chiefs announced yesterday a further 18,447 new infections – up 1,175 on last Sunday.

Leading scientists have urged families to exercise caution this festive season and avoid gatherings that could risk infecting vulnerable loved ones – amid fears that Covid cases could spiral out of control yet again.

Under the Government’s plans for a more-normal festive season, families are able to form a ‘bubble’ with two other households between December 23 and 27.

But NHS executive Chris Hopson has urged Mr Johnson to exercise ‘extreme caution’ yesterday before putting any region into a lower tier as any relaxing of rules ‘will trigger a third wave’.

He instead insisted that areas such as London – which sees 211 cases per 10,000 people each week – should be moved up to Tier Three to get numbers under control. He also said Essex, Kent and Lincolnshire have shown worrying figures.

Mr Hopson – the chief executive of NHS Providers which represents trusts across the country – said the current rise in cases is ‘worrying’, especially as it came towards the end of the England’s second nation-wide lockdown.

And yesterday, Boris Johnson admitted in a virtual fund-raising event for Conservative party members that people needed to be cautious over the festive period.

In messages, he said: ‘My message to everybody is we do have this period of relaxation of measures at Christmas, but I really urge people to think hard about how you choose to enjoy that relaxation. I really would urge people to err on the side of caution rather than, I’m afraid, have a big blow-out with multiple households.

‘I know the rules say three households, but there is ample scope alas for further increases in this disease during tough winter months.’

AstraZeneca has joined a trial exploring whether a combination of its vaccine candidate and the Russian Sputnik V jab can offer improved protection from the virus.

Sputnik V, currently being made available to Russians in high-risk groups, was given regulatory approval by the Russian government in early August amid criticism after only being tested on several dozen people.

Prof Gilbert said there was a ‘possibility’ that the Oxford/AstraZeneca jab could give better protection if combined with other candidates, but added there would be ‘much more consideration’ before it is used on a larger scale.

‘Well this is just going to be a small trial to start with, to look at what can be achieved by using those two vaccines together,’ she told the Andrew Marr Show.

‘There’ll obviously be much more consideration given to whether it should be used on a wide scale.

‘So I don’t think anybody has anything to worry about.’

Meanwhile, the vaccine by Pfizer and BioNTech, which is currently being rolled out across the UK, has been shown in studies to be 95 per cent effective and works in all age groups.

The UK has secured 40 million of the Pfizer/BioNTech vaccine.

On concerns over the efficacy of the Oxford/AstraZeneca jab, Professor Gilbert said: ‘What’s important is vaccinating population, not vaccinating people and thinking about efficacy on an individual level.

‘And if we don’t have enough doses of the Pfizer vaccine to vaccinate everybody, then we’ll be much worse off than being able to vaccinate large numbers of people with other vaccines.’