Aston Villa forward Leon Bailey left the pitch in a flood of tears on Wednesday after he missed an open goal in the dying seconds during his side’s 1-1 derby draw with Wolves.

The Jamaica international was presented with a golden opportunity to win the game at Villa Park, as he rounded Josa Sa with a wide-open net left in front of him.

However, the 25-year-old botched his finish and could only find the side-netting, leaving him devastated seconds before the end of the game. 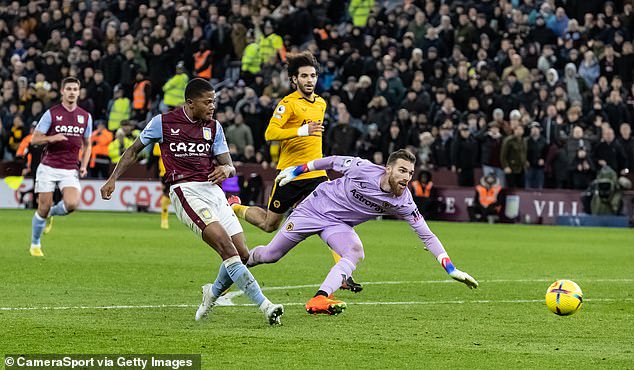 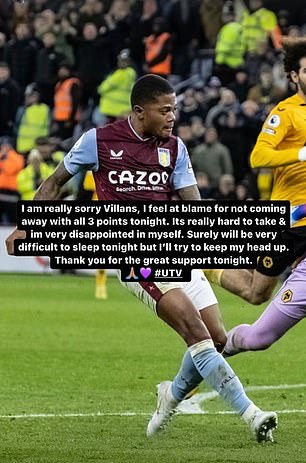 Bailey took to Instagram after the match to apologise to Villa fans for the miss, saying it ‘will be very difficult to sleep tonight’

Following the full-time whistle, Bailey laid face down in the turf and had to be picked up and consoled by his Villa team-mates after missing the chance to win the Midlands derby on Wednesday.

Bailey was quick to apologise to Villa fans after the game, claiming he’ll be struggling to get a decent night’s sleep after his horror miss.

He wrote on Instagram: ‘I am really sorry Villans, I feel at blame for not coming away with all three points tonight. It’s really hard to take and I’m very disappointed in myself. Surely will be very difficult to sleep tonight but I’ll try to keep my head up.’

Bailey’s horrendous miss denied Villa victory – however fortunate it may have been – after Danny Ings’ leveller snatched a point for the underperforming hosts.

Daniel Podence’s opener gave Wolves a deserved lead but they remain stuck in the Premier League drop zone, while Villa missed out on the chance to move within a point of Chelsea. 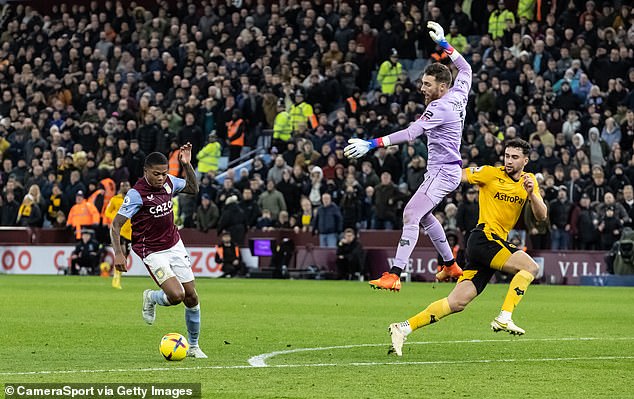 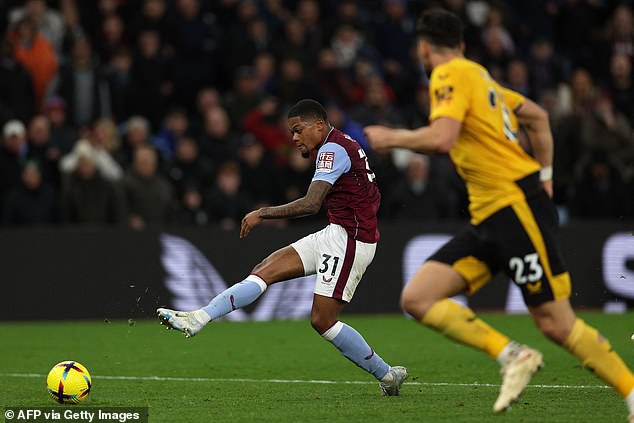 But the winger scuffed his shot and could only find the side-netting, leaving him devastated 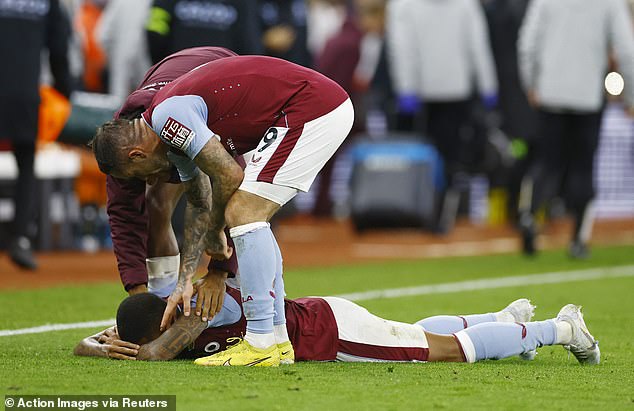 Bailey has struggled for form and fitness since a £25million move from Bayer Leverkusen in 2021 but Villa boss Unai Emery still feels he is performing.

He said: ‘I’m happy with him, he was crying but it is good because he was feeling. He was taking responsibility to score and he didn’t do it. He can feel this responsibility.

‘I’m very happy with his commitment and performance, he was playing inside and outside. It was good to learn more with him.

‘At the end we had chances to score and win with a huge opportunity with Leon Bailey, we can be happy because we created it. They (the players) were supporting him and trying to improve for the next matches when he will have the same chances.’