Aston Villa confirm John McGinn is back for selection just ONE WEEK after head injury in club’s 3-0 win over Everton on Saturday, that left him dizzy and needing a concussion sub

Aston Villa have said that John McGinn will be available for selection just one week after the midfielder was a concussion substitute following a serious head collision with Everton’s Michael Keane.

McGinn suffered the injury just six minutes into the match, but astonishingly played on for another 34 minutes before being taken off, with manager Dean Smith saying the Scotland star told staff he felt dizzy during the game.

The FA’s concussion protocols read: ‘At all levels in football, if a player is suspected of having a concussion they must be immediately removed from the pitch, whether in training or a match.’ 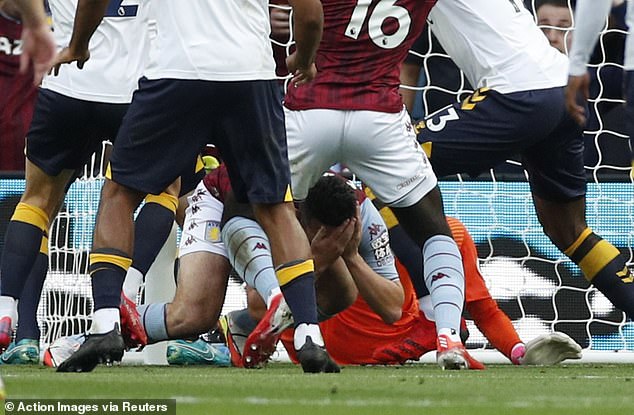 Villa’s actions in allowing McGinn to play on dismayed brain injury charity Headway, though the club say they followed the correct head injury protocol at all times.

The club’s doctors had assessed McGinn throughout and determined he was fit to play until their final check, which resulted in his substitution.

The FA’s ‘return to play’ protocols require a six-day absence for a head injury, which McGinn will have fulfilled having received his concussion last Saturday. 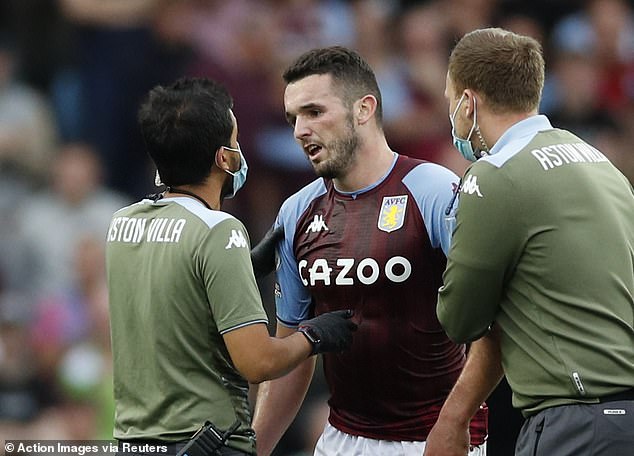 Villa announced McGinn’s return to the squad with a single sentence at the bottom of a lengthy release detailing the injury situations of Leon Bailey and Morgan Sansom, and underneath Smith’s reaction to their Carabao Cup loss to Chelsea.

Speaking on McGinn’s injury after the Everton match, Smith said that the midfielder made the call to carry on playing.

‘He felt he was OK to continue,’ Smith said. ‘Around about the 26th minute mark, he got another whack on the head I think it was.

‘There was a break in play and he came to alert us to it. Our doctor kept an eye on him but he called it then and went, “No, I’m too dizzy” and went down. Our doctor was on it.’