EXCLUSIVE: Stuart Broad will NOT make any rash decisions on his Test future after only being picked for one of three Tests in England’s ‘very disappointing’ Ashes campaign

By Richard Gibson For The Mail On Sunday

Stuart Broad says he will not make any rash decisions about his Test future after admitting to a ‘very disappointing’ Ashes campaign in which the bowler has been picked for only one of three Tests.

Broad, 35, admitted that three heavy defeats have taken their toll on the players and feared the squad had reached the end of their ‘mental tether’ after 18 months in Covid bubbles.

Writing in The Mail on Sunday, the 35-year-old said he felt strong physically even after 150 Tests and that the experience Down Under had not dimmed his passion.

But he said: ‘As a wobble-seam bowler I feel as though I missed out on two of the best wobble-seam pitches in Australia.

‘Only playing once has made this a very disappointing trip; one that has not met my personal expectations.

‘The biggest frustration is losing the Ashes, being 3-0 down and feeling like I’ve not really done anything.’ 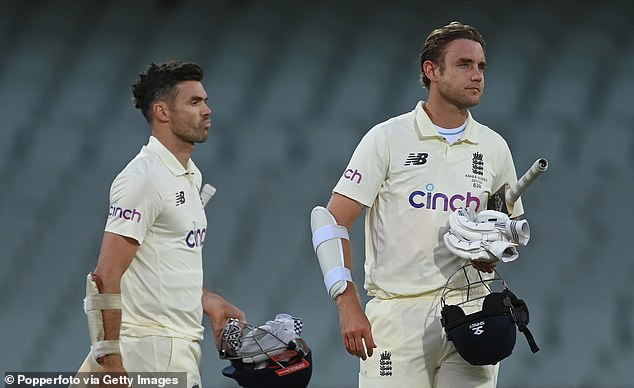 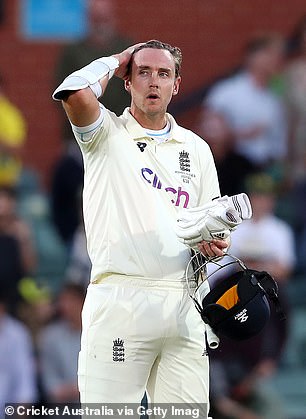 He added: ‘There is a long time between now and the tour of the Caribbean in March and I have never been one to make emotional decisions.

‘So I’m not going to make any spur of the moment calls on my future.’

He admitted: ‘This tour has taken its toll on all of us.

‘Without making excuses, we might just be at the end of our mental tether [after 18 months in Covid bubbles].’

Broad said that he did not feel significant changes to the county game would necessarily improve England’s fortunes, even though his captain Joe Root is among one of several figures to call for the kind of sweeping ‘reset’ that transformed the results of the one-day team.

‘How many times can you change the schedule?’ he said.

‘Personally, I don’t think changes to the county structure will make a difference. The players are there, you just have to pick them out.’