One of the biggest laughs I’ve ever had was when I had to take a badly buckled antique metal bed frame to a restorer, explaining that the damage was caused not by any marital gymnastics, but by my weight.

And it is precisely because of this potential for fun that fatness has always been such a rich part of British heritage.

The fat but endearing clown is a classic British type in fiction. Shakespeare’s Falstaff, variously described in plays as ‘that stuffed cloak-bag of guts’, ‘this bed-presser, this horse-back-breaker, this huge hill of flesh’, may have been a debt-laden, heavy-drinking rascal, but he has always been loved by audiences as an outsized, jovial personality that matches his expansive waistline.

Equally adored was the comic book anti-hero Billy Bunter, the bespectacled ‘Owl of the Remove’ who first appeared in The Magnet in 1908 — the beginning of a long life at Greyfriars School dominated by a never-ending quest for extra tuck.

Like Falstaff, Billy’s many flaws — laziness, dishonesty, unreliability — were counter-balanced by a highly compelling presence.

But woke enthusiasms threaten to airbrush this type out of our national story. In the latest advance of political correctness, even the most innocent of childhood stories and images are now being turned into instruments of fashionable propaganda.

It was reported recently that much-loved cartoon strip The Bash Street Kids — which has appeared in The Beano comic since 1954 — has given one of its most memorable kids, the rotund schoolboy known as Fatty, a makeover to bring him into line with the sensitivities of our age.

From now on, Fatty is to be known as Freddy so that his name does not upset youngsters who might be struggling with weight issues.

In effect, The Beano, long cherished for its outlandish characters and plots, is being turned into a ‘safe space’, free of ‘triggers’.

One charity that offers support to those experiencing eating disorders welcomed the change: ‘Any move which makes creators of literary, visual or social content consider how they potentially impact the self-esteem and mental wellbeing of their audience can only be seen as a good thing,’ said Debbie Watson, founder of Wednesday’s Child.

And, needless to say, I don’t condone any form of bullying in the real-life playground.

We should also, of course, be very concerned about the rise of obesity in the country, especially in the wake of the Covid pandemic, in which weight has been a crucial factor in how patients cope — with the heaviest faring worst.

Last week, NHS data revealed a record one million people were admitted to hospital because of obesity in England in 2019-2020.

But none of this means we should tiptoe around the subject or indulge in a form of fat-related censorship. Indeed, the size of one’s girth must be allowed to remain a source of mirth.

When it comes to obesity, the use of euphemisms and silence will achieve nothing to promote more personal responsibility, which is the key to tackling the UK’s problem.

As a self-confessed fatty myself, I could not care less about comedy directed at people like me, as in the old line: ‘I got on a speak-your-weight machine only to be told, “No coachloads”.’ 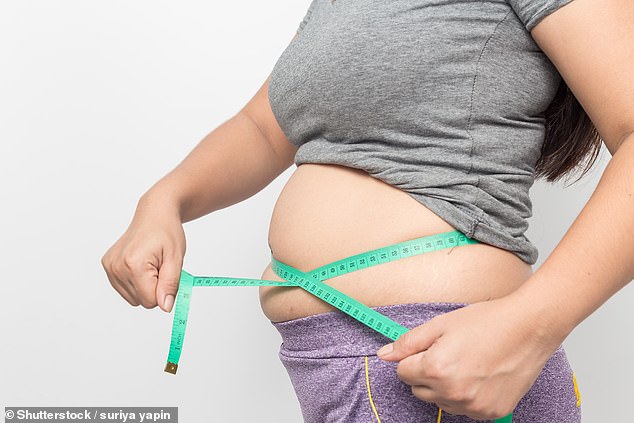 In all my years as a heavyweight, I have learnt two things.

First, my corpulence is entirely my own fault, owing to my exuberantly calorific diet and my failure to exercise.

Indeed, the only time I break into a sweat is if I discover that there is no more beer in the fridge, while the short trip from the sofa to the larder is my most frequently made journey.

The second lesson is not to be overly delicate about my portliness and embrace the humour.

But now it seems this mainstay of British comedy is under threat.

In one BBC production of Robin Hood, his companion Friar Tuck, always previously played as a fat, balding monk with a fondness for food and ale, had been transformed into an athletic, slim, martial arts expert from Africa. 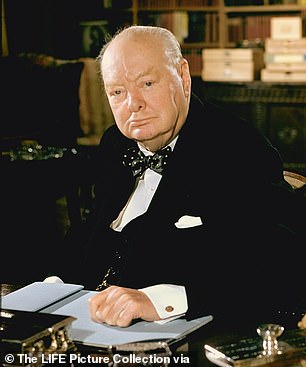 Heaviness can imply authority and substance, as typified by Winston Churchill (pictured)

What next? Will Thomas the Tank Engine have the Thin Controller in charge of the railway? Will Laurel and Hardy films be stripped from the airwaves? After all, Oliver weighed more than 300 lb at the peak of his fame.

But that heaviness was essential to the comedy of the pair, not only because his appearance was in such hilarious contrast to the stick-thin Laurel, but also because it made Hardy’s fastidious daintiness so much funnier.

More than humour, though, heaviness is rightly associated with geniality, warmth and generosity, as typified by Father Christmas, the Laughing Policeman and Charles Dickens’s Mr Pickwick.

And there may even be some scientific evidence to support this. One recent study by Glasgow University found that well-nourished men are likely to be more content and relaxed. While a 2012 report from McMaster University in Canada revealed that the so-called ‘fat gene’ may lead to lower rates of depression.

A wide girth can also be comforting because it is unthreatening.

‘Let me have men about me that are fat . . . Yond Cassius has a lean and hungry look . . . Such men are dangerous,’ Shakespeare’s Julius Caesar tells us.

While in other scenarios, heaviness can imply authority and substance, as typified by Winston Churchill.

And today, a key part of Boris Johnson’s appeal, in defiance of all his sneering critics, is his well-upholstered physique, which, as in the case of his hero Churchill, reveals a relish for the good things in life.

Churchill himself was the embodiment of British robustness, an incarnation of the patriotic icon John Bull, who was usually portrayed as a bluff, broad squire with a Union Flag waistcoat covering his round belly.

An earlier John Bull-type of the late 18th century and early 19th century was Daniel Lambert, who, at 52 st 11 lb, was Britain’s heaviest man when he was alive. At his death, it took 20 men to put his casket in his grave. 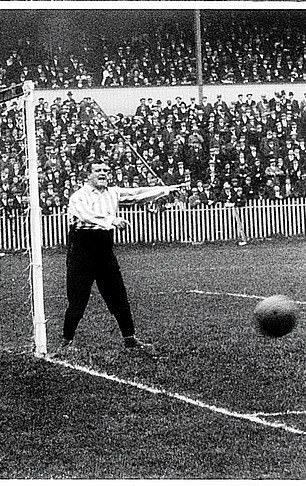 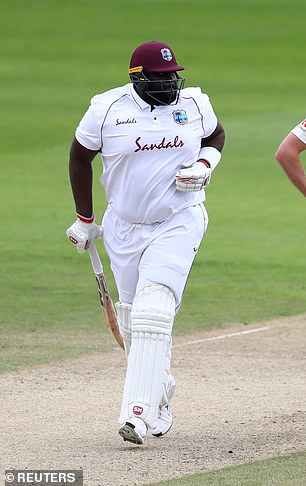 A well-read, courteous soul with phenomenal strength — he once fought a bear in the streets of Leicester — he was treasured as an inspiring mascot by the public.

‘A native of Leicester who was possessed of an exalted and convivial mind and in personal greatness had no competitor,’ read his headstone.

Contrary to the modern fashion for hand-wringing victimhood, size can bring success even in the unlikeliest of places. In music, for instance, the more famous of the three Italian tenors was also the biggest: Luciano Pavarotti.

Even in sport, a pursuit which lays a premium on fitness, fatties have had their moments.

The legendary Sheffield United goalkeeper William Foulke, who weighed 24 st at the end of his career, was good enough to win an England cap in the late Victorian age.

He also served as the inspiration for the terrace chant ‘who ate all the pies?’. In golf, Craig Stadler’s size won him the nickname ‘the Walrus’, but did not stop him triumphing in the 1982 U.S. Masters.

And that’s not forgetting the greatest spinner of all time, Australian Shane Warne, who was not noted for his litheness, either: ‘[His] idea of a balanced diet is a cheeseburger in each hand,’ teammate Ian Healy once said.

Author Cyril Connolly wrote that ‘imprisoned in every fat man a thin man is wildly signalling to be let out.’

That may be true. But, given the richness and humour we fatties have brought to British culture, perhaps it is not such a bad thing that thinness hasn’t always prevailed.