The last time women seemed to have only one thing on their minds was 2011, when a certain E.L. James published a book called Fifty Shades Of Grey.

On the Tube, in bars and restaurants, on aeroplanes and at the beach, women simply couldn’t stop talking about sex. Exclaiming about it, giggling about it, nodding or shaking their heads about it.

But there was another time I experienced a similar phenomenon, and I was reminded of it yesterday with the news that the renowned (some might still say infamous) sex researcher and feminist Shere Hite had died at the age of 77, after suffering from Alzheimer’s and Parkinson’s disease.

It was both eye-opening and a relief to read the personal sexual revelations of the 3,000 women who responded to Shere Hite’s survey about their sexual experiences. Shere Hite is pictured above

In an instant, I was catapulted back 44 years to 1976 — the time her ground-breaking survey of women’s sexuality, The Hite Report, was published and women all over the world could not stop confessing and comparing sexual notes.

As a 24-year-old features editor at Cosmopolitan Magazine, I was in the privileged position of getting to read all the latest publications before they hit the bookshops.

The moment The Hite Report landed on my desk, hot from the U.S., where it was already garnering controversy, a small gang of Cosmo staffers gathered round.

For the rest of that day, I barely looked up from the text in front of me. It was both eye-opening and a relief to read the personal sexual revelations of the 3,000 women who responded to Shere Hite’s survey about their sexual experiences.

‘There was a lot of silence,’ Hite (pictured above) told an interviewer in 2006 and that was when the idea for The Hite Report first began for her. Far from being anti-male, as so many of her detractors assumed, it was The Hite Report that led her to thinking about the sexual pressures on men

Eye-opening because women had never spoken so specifically and honestly before about their sex lives.

A relief, because the sexual experience of so many of these women chimed with my own.

Naturally, we snapped up serial rights for the magazine at a time when no newspaper would have been bold enough to publish such controversial material.

Because despite the advent of the Swinging Sixties, there was still a great deal of taboo surrounding the topic of women’s sexuality.

The reason for my relief was this: not only wasn’t I the only woman not achieving orgasms through sexual intercourse alone, according to this survey I was one of the majority.

The wisdom of Sigmund Freud, who had declared that women who didn’t achieve vaginal orgasms were sexually and psychologically immature, was debunked in favour of a whole new understanding of sexuality.

Now the clitoris could take centre stage to a roar of women’s approval — and the notion of feeling like a sexual failure, or being physically deformed, because penetration alone didn’t do the trick, could finally be disproved.

There was much more to it than this, though. Building on the biological research of Alfred Kinsey and Masters & Johnson, much of which was lab-based and scientifically unfathomable to the average person, Hite’s survey could be understood by all.

It wasn’t only about the mechanics of sex, but about the emotions, too. With questions like ‘Is having orgasms important to you?’ ‘Would you enjoy sex as much without having them?’

‘How well is your partner informed about your sexual desires and your body?’ And ‘How important are touching and affection to you?’, the report made women feel like human beings, not just bodies.

All of this was a red rag to the Christian Right in America, who pronounced her work as an attack on the family, believing her study, with its emphasis on women learning how to enjoy sex, would destroy traditional relationships between men and women.

Curiously, Shere Hite posed a conundrum for feminists, too.

For the radical feminists of the 1970s, many of whom rejected the notion that women should make themselves attractive to men through the artifice of make-up and dressing seductively, the beautiful, creamy-skinned blonde who favoured bright red lipstick caused them to question her admittance to the sisterhood.

As a student embarking on her PhD in social history at Columbia University in New York, Hite had helped finance her studies by modelling. She posed nude for Playboy magazine, which later dubbed The Hite Report ‘The Hate Report’, for having the temerity to point out that women, should they choose, could actually enjoy an orgasm without the presence of a man.

Hite also modelled for an advertisement to promote Olivetti typewriters. But when it was published with the strapline ‘the typewriter is so smart she doesn’t have to be’, Hite joined a feminist protest against the advert.

This incident encouraged Hite to join the New York branch of the National Organisation of Women (founded by Betty Friedan, author of The Feminine Mystique).

When the topic of female orgasm came up for discussion at one of their meetings, the question was asked whether all women experienced them.

‘There was a lot of silence,’ Hite told an interviewer in 2006 and that was when the idea for The Hite Report first began for her.

Far from being anti-male, as so many of her detractors assumed, it was The Hite Report that led her to thinking about the sexual pressures on men.

Which is how she went on to compile The Hite Report on Male Sexuality, an even larger survey than her first one, this time analysing the responses to her questionnaire of more than 7,000 men.

Although also ground-breaking, encouraging men to speak openly and with feeling about their sexual preferences and practices, their fears and secrets, it never achieved quite the status of her first report, which has sold more than 48 million copies worldwide. 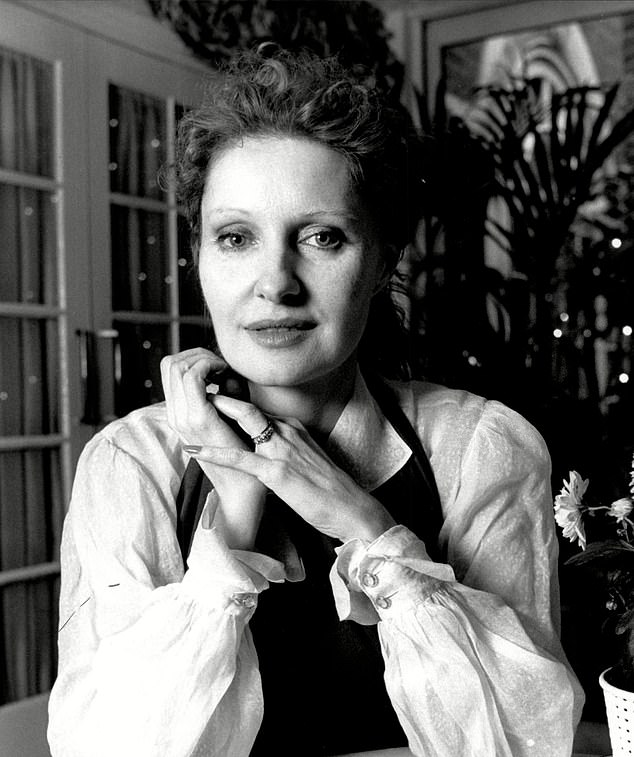 A Hite Report produced in 2020, rather than 1976, would certainly have had to address a great many issues in addition to those already focused on back then. To fully understand female sexuality today, the business of the commodification of sex and the demands on women to appear constantly sexy on social media could not be ignored

Over time, the attacks on Shere Hite in the U.S. became more personal and more frightening.

In the days before online trolling existed, she received numerous death threats in the post and on the phone — attacks which 12 prominent fellow feminists of the time, including Gloria Steinem described as a ‘conservative backlash . . . not so much directed at a single woman . . . as . . . against the rights of women everywhere’.

Hite moved to Germany and, in 1985, married the German pianist Friedrich Horicke, who was 19 years her junior. She took German citizenship in 1995 but the couple divorced in 1999.

It was in Europe, rather than the U.S., where she felt her work was most warmly received. She subsequently remarried and settled in North London with her second husband, Paul Sullivan.

By making women feel more comfortably able to express their feelings about sex and their sexual experience, Shere Hite paved the way for an openness and rejoicing in female sexuality to which young women today owe a great debt — even if they are unaware of her ground-breaking work.

A Hite Report produced in 2020, rather than 1976, would certainly have had to address a great many issues in addition to those already focused on back then.

To fully understand female sexuality today, the business of the commodification of sex and the demands on women to appear constantly sexy on social media could not be ignored.

Neither could the topic of gender fluidity. And the pressure on young women to see pornography as part of the mainstream would be a crucial subject for discussion.

Whether sex today is both fun and fulfilling, as Shere Hite wanted it to be, or whether in a world of instant hook-ups sex is rather less sexy than it seems, would also need to be debated.

I would contend that a new report on women’s sexuality is somewhat overdue. It is our loss that Shere Hite is no longer here to make that happen.