It may seem like a barking mad concept, but with her trademark bouffant hair, tattooed arms and winged black eyeliner – there’s a dog that really has been transformed into Amy Winehouse.

And she is not the only musician that Welsh artist Michael Gillette, who has lived in San Francisco for the last 19 years, has turned into a compelling canine for his new book, Pack of Dogs.

From legends such as Bob Marley and David Bowie to contemporary musicians such as Björk and Lady Gaga, Gillette has drawn over 40 of his favourite artists as dogs.

The father-of-two, 50, was inspired by a box of 1960s dog cards which he came across nearly four years ago. 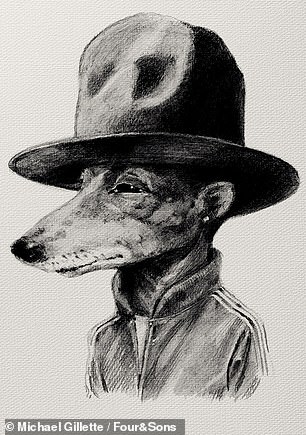 Welsh artist Michael Gillette, 50, who has lived in San Francisco for the last 19 years, turned the world’s most famous musicians into dogs in a series of creative portrait. Pictured left: Pharrell Williams in 2014, and right, Michael’s canine take on the performer and producer 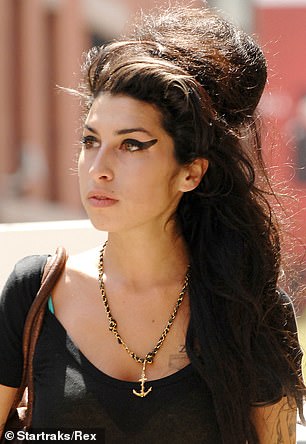 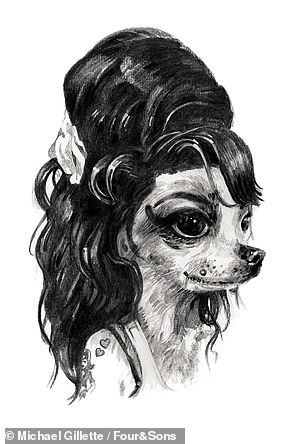 Left: The late Amy Winehouse during a walk around Soho, New York in 2007. Right: Michael’s canine version of the singer

Speaking about where the idea came from, Gillette told the Mail: ‘I had another book out and when that book came out I found a bunch of greetings cards from the 60s that had drawings of the identical dog throughout the pack of ten.

‘You know when you’re defacing a magazine – you start blacking a tooth here and putting on an eyepatch there – we’ve all done it right?

‘I started doing that with these cards and once I’d finished the 10 and sent them out to my friends with the book as a gift, I realised “wow, I really enjoyed doing that”.

‘So I started replicating the same process by drawing my own dogs and getting them printed by my printer and then I would start defacing them.’ 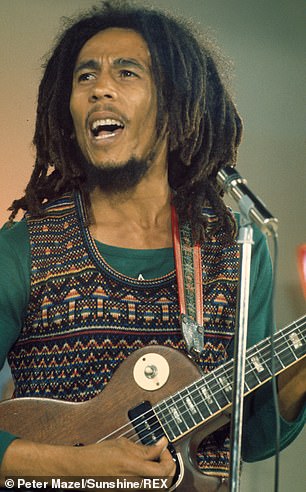 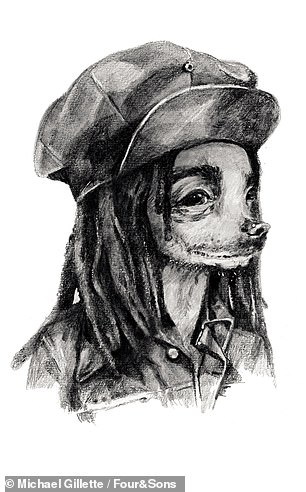 Michael made sure to keep the artist’s most well-known features. Pictured: Bob Marley, left, performing at the height of his career and right, his dog portrait 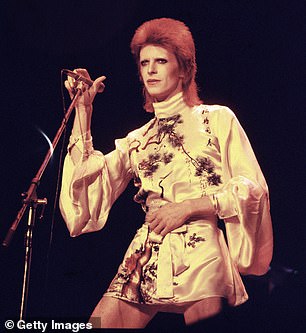 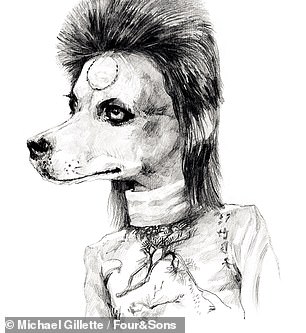 Gillette not only captured the clothes and style of the musicians he’s selected, he also captured their personality. Pictured: David Bowie performing as Ziggy Stardust in 1973 in London. Right: the dog version of Ziggy Stardust 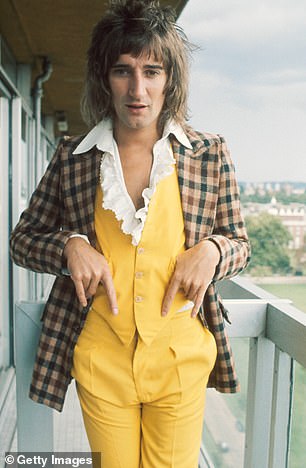 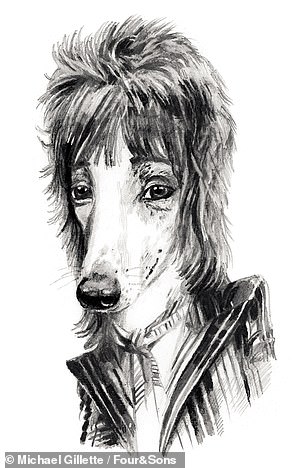 Left: Sir Rod Stewart wearing a stylish yellow suit circa 1974 next to his canine counterpart, right

He added: ‘Then one of them started to look a bit like David Bowie and I thought “hold on a minute I could do this” and so I did him. It started as a Chihuahua that I’d drawn.

‘It was really versatile so I made a bunch of these Chihuahua’s and they all looked like famous people. So that was the start of doing the celebrities.’

The book includes a foreword by rocker Ozzy Osbourne who has also been turned into a dog by Gillette. 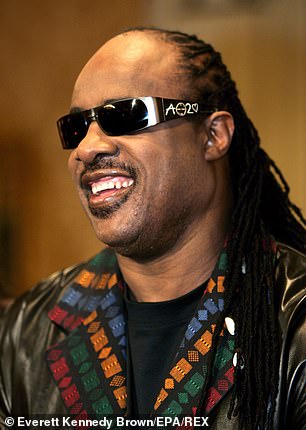 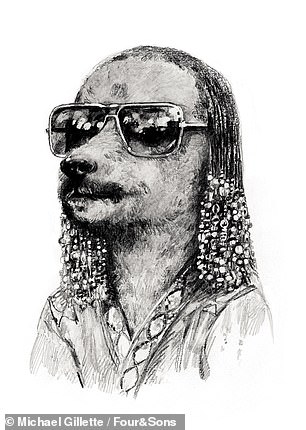 Michael explained he went for celebrities who had a distinct look. Pictured, left: Stevie Wonder in 2005 in Tokyo. Right: the canine version of the beloved singer 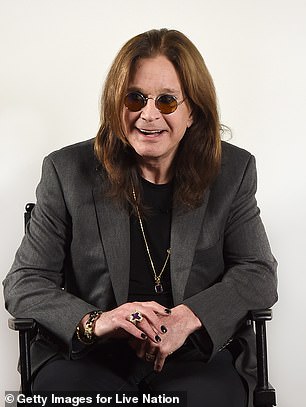 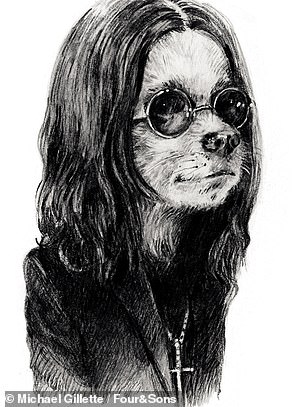 The choice of celebrities is eclectic and spans all music genres. Pictured left: Black Sabbath’s Ozzy Osbourne in Los Angeles in 2018, right: the dog version of Ozzy Osbourne 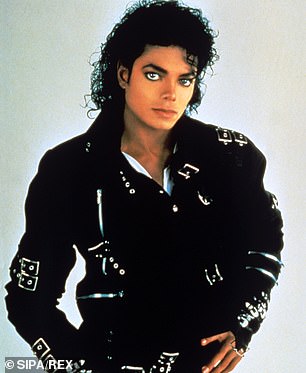 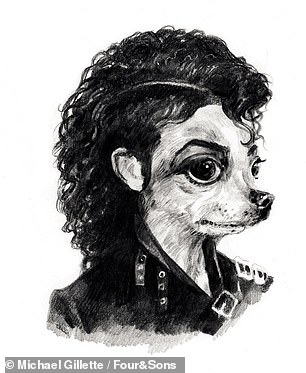 The pictures take between two and five hours to draw depending on which celebrity Michael has picked. Pictured: Michael Jackson in his outfit from Bad in a picture dated from 1987. Right: the canine version

Gillette said: ‘They’re really enjoyable to make which is why I keep doing it. It’s a bit like doing a crossword puzzle, – you get a few lines right and then everything falls into place.

‘It’s the same kind of process each time but each time I’m amazed when it works.

‘A lot of it is personal preference of stars but the more they’re in public consciousness, their look, the easier it is. The people with a distinct look I’ve always got a bit more of a chance with.’

Gillette said the pictures usually take between two and five hours to draw depending on the person he is drawing. 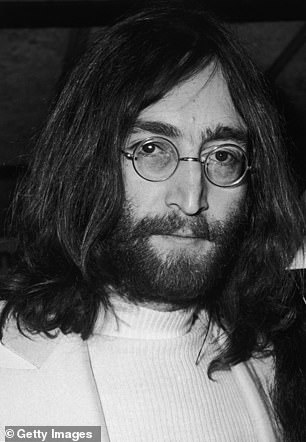 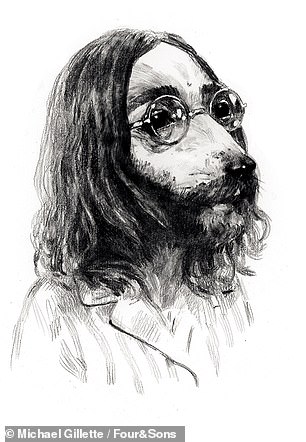 Gillette said drawing the pictures helps him to relax. Pictured: John Lennon in April 1969 in London. Right: Lennon as a dog 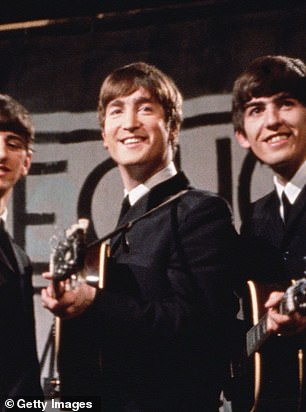 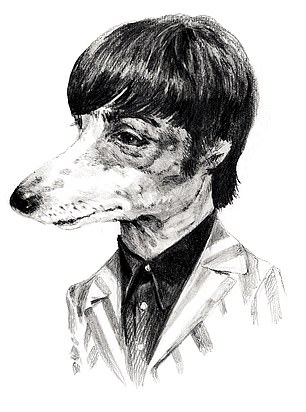 Michael did two versions of Jon Lennon – including one of him at the height of Beatlemania. Pictured: Lennon performing in February 1964 and right, the dog version of the clean-cut Beatle 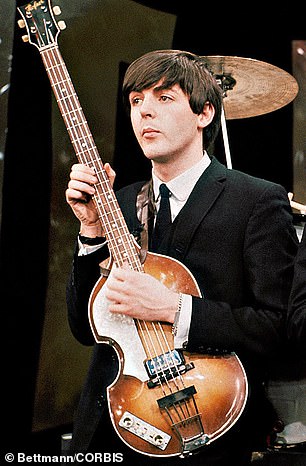 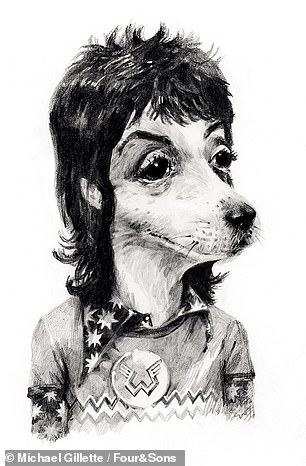 Michael drew the most famous versions of the nation’s most beloved celebrities. Pictured: Sir Paul McCartney performing with the Beatles in February 1964 and right: his dog counterpart 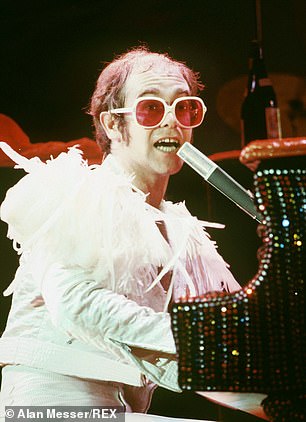 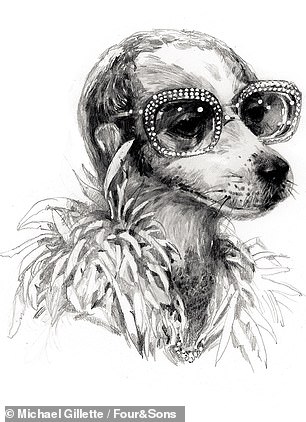 Pictured left: Sir Elton John during a performance in the 1970s in a flamboyant white feathery costume. Right: the dog version of Sir Elton John

He said American musician Willie Nelson, 87, was the hardest – taking him three attempts.

Gillette said he hopes readers get the same ‘joy’ out of the book that he felt creating them.

He said: ‘Definitely I want people to enjoy it – that’s the centre of it, just to get some joy out of it. I’ve done it as a kind of release process.

‘When I started doing them I did them night after night – they were a bit of a decompress. I hope people look at them and get that joy as I definitely felt it as I was creating them. 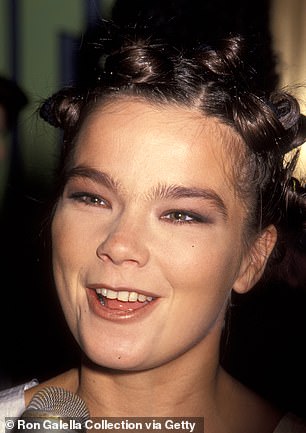 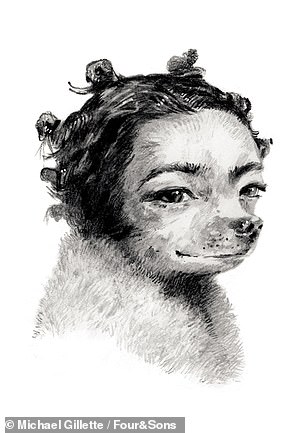 Michael said he hoped people will enjoy seeing the portrait as much as he enjoyed drawing them. Pictured left: new Zealander artist Bjork and her dog lookalike, right 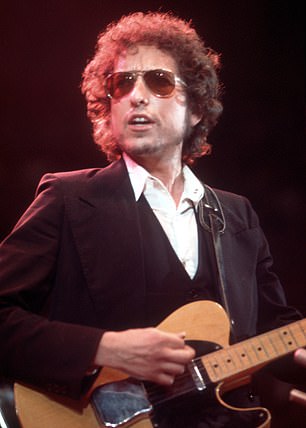 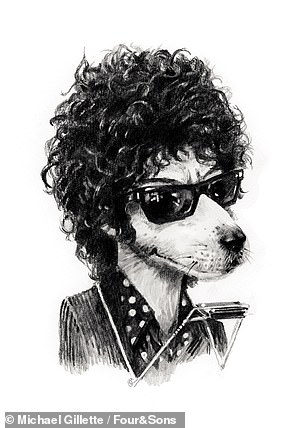 The artist said the portraits were ‘good little talking point.’ Pictured: Bob Dylan performing in 1974 and right, his dog counterpart

‘I hope that people just have them around, have them on their coffee table and just check them out.

‘They’re good little talking points, when friends come around and I show them people get quite absorbed in them so I hope that’s what people will do.‘

Pack of Dogs by Michael Gillette with foreword by Ozzy Osbourne is published by Four&Sons.

You can learn more about the portrait on Instagram: @packofdogsart @fourandsons 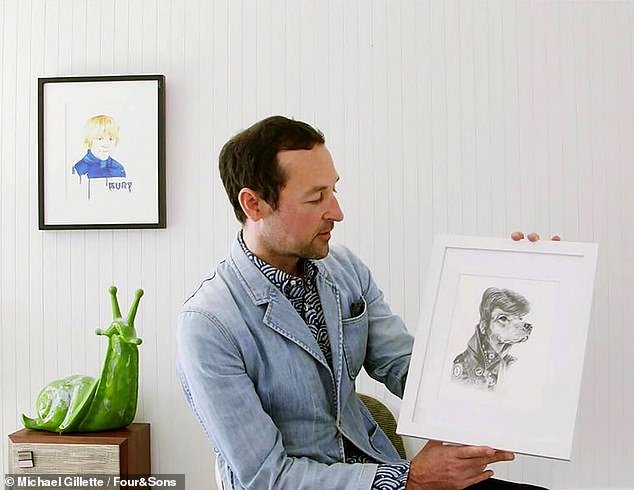 Artist Michael Gillette (pictured), 50, with one of his dog portraits. He explained he drew the portraits night after night to ‘decompress’ 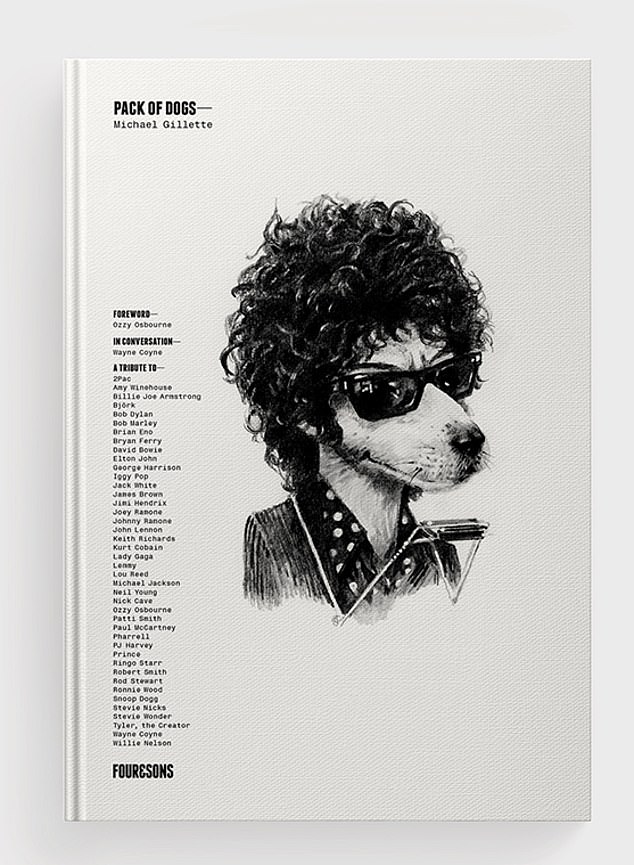