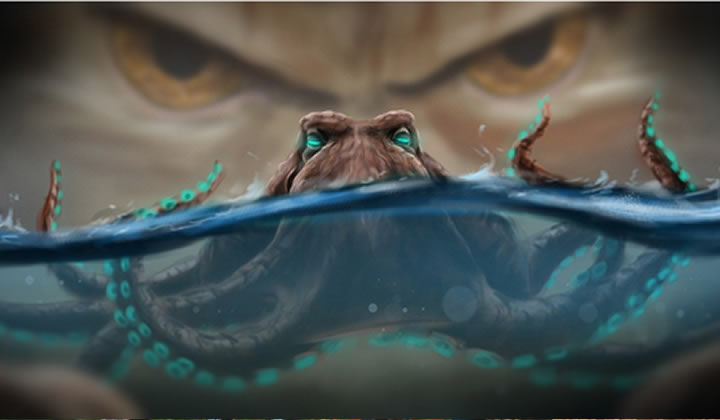 Art is the most complex and hard-to-reach matter in our world. These are bright colors, simple or, on the contrary, very complex and intricate forms, graceful strokes or rumbling, but at the same time harmonious sounds.

All this and even more than we can describe with the help of speech and text is art. The most valuable thing that it brings to our lives is nothing more than a charge of emotions and impressions.

In fact, it allows us to transgress reality, as JK Rowling would put it in her Harry Potter or Michel Foucault in her non-classical philosophy – to cross the Rubicon of the tangible and the intangible.

Images of external and internal reality are created by the master, in which the viewer identifies something close and personal, and makes him feel. The most important thing is that in art it is indifferent, to what tools the creator created his work with – with oil paints or ones and zeros in a computer.

Computer art is the good old art, but with a much richer palette of techniques.

Computer art, digital art, or digital art uses binary code on a computer or other modern gadget to create artwork. That is, a work of art is the result of the work of an algorithmic code, a meeting of the powers of a computer, electronic interfaces, and a master.

The term digital art indicates only the technical aspect of the embodiment of a painting, illustration, photograph, sculpture, and so on, that is, it answers the question of “how it was done”.

As a product of the mid-20th and early 21st centuries, digital art has an inexhaustible potential for development and is constantly being improved.

Digital art, or cyber art, as it was called by the well-known curator of the project “ Artport” and the biennale at the Whitney Museum in New York, Christian Paul is without a doubt a breakthrough in understanding how you can be creative.

With the advent of computer technology, for example, an artist can draw an illustration for a book not with a pencil or pen, but with the help of vector and raster graphics on a tablet.

Also, this modern art form has revolutionized how works are distributed and how a person touches them.

Today, computer-generated art travels very easily and simply across the expanses of the Internet, television, and social media, which means it has the potential to reach an audience of unimaginable size, which even Leonard’s Mona Lisa would envy.

The viewer now has the opportunity not only to watch a creative work live but to participate and plunge – in English and immerse – into it. Such ease of distribution directly affects the master, the creator, because from now on he is free from the shackles of classical museum exhibitions and an art consultant, on whose work it depends whether his creation will be sold and whether he will receive a monetary reward.

The master is now the flagship of his ship: he can find funds to create a work on crowdsourcing and present the work on Twitter, which is likely to become viral.

However, the art of binary code also encounters some difficulties along the way. From the abyss of the sea of ​​virtues, a number of philosophical and practical problems rise to the surface.

First, where is the boundary between the real existence of a cyberart object and its disappearance? As soon as the creation ceased to be broadcast on electronic media – the light projector finished showing the immersive show – it died at that hour. It does not exist.

Perhaps cyber art is a game of imitation? Secondly, the multiple copying and reproduction of a work of art, which the philosopher Jean Baudrillard wrote about in his work “Symbolic Exchange and Death” in 1976, calls into question the existence of the original work and its sacred value.

Mona Lisa – here it is, the original, in the Louvre, it is deified and worshiped, – and where is the digitally created painting? This, in turn, creates a very real problem – copyright and liability for its violation.

Yet the value of digital art remains unchanged.

It gives emotions to our souls forged by everyday life. We invite you to experience them together as we accompany you into the world of binary art and show its diversity in our selection of digital art. Learn more about digital art projects at DaObservatory Art.

How are you, digital art?

This is how the Hungarian artist Robert Suc, in Rivers of Asia, uses software and satellite data to depict the rivers, the arteries of our world, in an unusually colorful way.

Immersive art is an interactive art form in which a person is involved, and immersed in creation. The art object comes to life as a result of the actions of the viewer.

A great example of immersive digital art is the L’Atelier des Lumières museum in Paris. One of the recent art performances of 2019 was dedicated to Van Gogh. In it, to the sound of music and the light of a projector on the walls of the museum, paintings by the famous Dutch post-impressionist returned from the world of the dead.

Art with augmented (augmented reality) and virtual reality (virtual reality)  is one of the types of three-dimensional drawing, in which the viewer observes the work through VR glasses or a special application on a smartphone.

Just recently, at the Boston Museum of Isabel Stewart Gardner, the virtual artists of the Hack a Robbery project recreated in augmented reality masterpieces of fine art stolen earlier from the museum. Visitors used a special app on their mobile phones that brought empty picture frames to life.

One such artist is Ed Lopez, a Mexican digital artist who created graphics for the films Harry Potter and the Philosopher’s Stone and The Chronicles of Narnia. One of his works – The Clown – impresses with the realism of despair and gloating on the face of the joker clown.

Digital illustration is the closest art form to real life. The illustrator draws with a stylus on a tablet or computer screen in the same way as he would draw on a piece of paper.

Antonio Uve, a Spanish illustrator from Madrid, uses only bright and rich colors to create his cute and charming characters – no dullness! His illustration of Collagen is simple and vaguely reminiscent of Picasso’s cubism but in a more positive way.