‘There is still a softness… they didn’t show any sort of presence’: Roy Keane says Arsenal’s FA Cup exit at the hands of Nottingham Forest is a ‘big setback’ – and insists the Championship side won because they ‘wanted it more’

Roy Keane blasted Arsenal’s softness after they crashed out of the FA Cup in the third round to Championship side Nottingham Forest.

The Gunners’ recent dazzling form was a distant memory as they failed to manage a single shot on target in a lacklustre 90 minutes of football.

Meanwhile, their Championship rivals punished the visitors through Lewis Grabban’s late winner to satisfy the baying City Ground, who were hoping for a Cup upset on Sunday night. 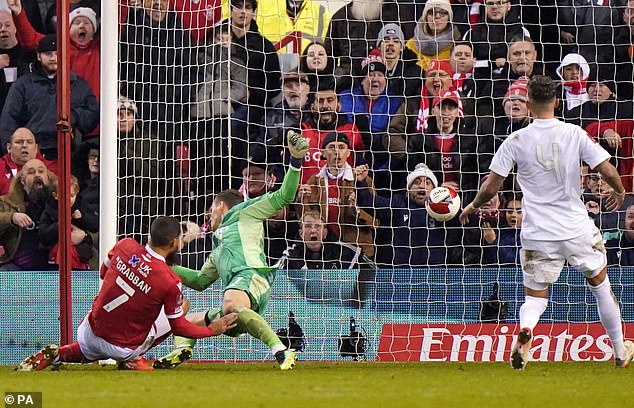 Mikel Arteta’s side have somewhat salvaged their season, creeping up to fourth in the Premier League, despite a poor opening run.

But Keane claimed there is still a ‘softness’ to the Gunners’ game as he insisted they looked they were there for the taking in defeat to Forest.

Speaking on ITV at full time, he said: ‘You make the point Mark that they played really well last week against Man City. But they lost the game. There is still a softness. 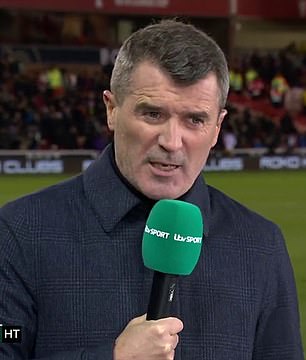 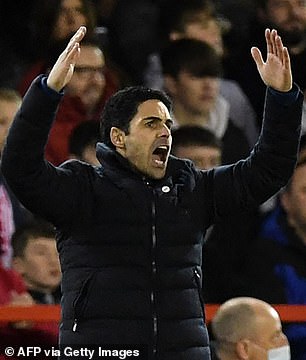 ‘We are watching the game here live and okay they are missing players but you’re still looking thinking ‘Arsenal are here for the taking’.

‘They didn’t show any sort of presence about them, they didn’t turn up here saying we are Arsenal Football Club we are going places, obviously there is a feel good factor around the club but that is a big setback for the club today.’

Gunners boss Arteta substituted off left-back Nuno Tavares after just 35 minutes which caused the Portuguese to throw his gloves to the ground in fury.

Keane believed that Arsenal could never recover from Tavares’s lacklustre performance as it was hard for the Gunners to switch back on after the change. 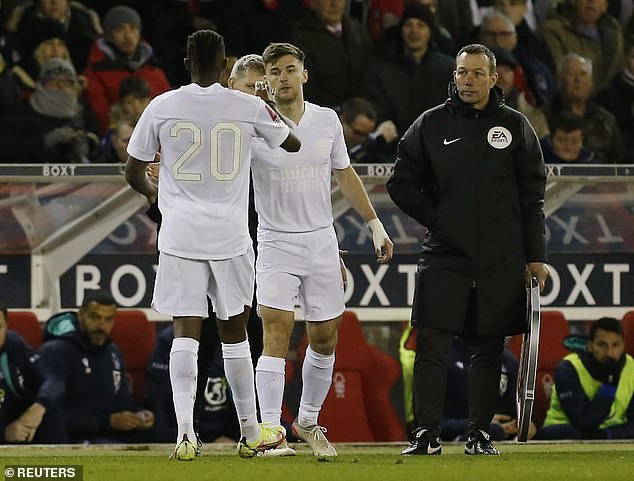 The former Manchester United man added that Arsenal were in trouble from the whistle and insisted they deserved to suffer defeat.

‘When you looked at the way Arsenal started the game, you’re asking for trouble,’ he added.

‘We gave them the build up with their quality but we saw with the substitution, when you are sloppy with your play it is very hard to switch it back on. Arsenal deserved everything they got today.’

While the Irishman believed Arsenal deserved the defeat, he also said their rivals merited the victory as they ‘wanted it more’. 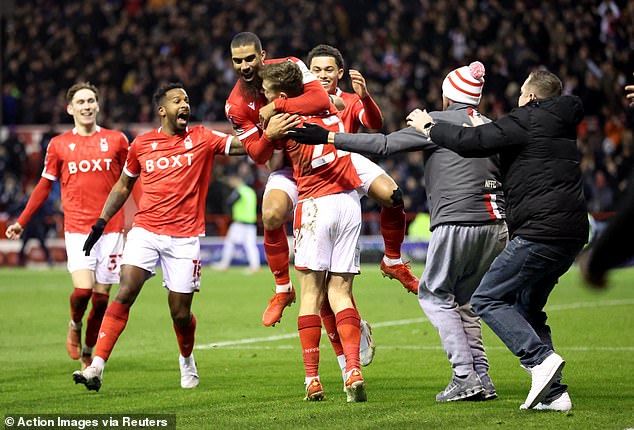 ‘In the second half Forest were outstanding, deserved winners, produced that bit of quality, their team shape, their work rate, they wanted it more, for all of Arsenal’s quality we didn’t see it and credit to Forest, I thought they were outstanding.

‘It was a very poor performance,’ said Wright. ‘Yes there were some young players in key positions in midfield area and didn’t do a lot with the ball through the midfield.

‘I thought Saka done as well as he could I thought Eddie Nketiah had a couple of chances and didn’t quite take them.

‘In games like this when it is this tough, you need to take those chances to settle everybody down but in the end you have to give Forest credit because the one real bit of quality you saw in the game produced the goal and it was a fantastic cross and finish.’