How long does it take for Arsenal to become Arsenal again? Three decent wins against Norwich, Burnley and Wimbledon doesn’t cut it. The club hierarchy hope we will see the best of Mikel Arteta’s team by the end of the season. More likely though, we in for the long haul, the slow rebuild.

Sunday’s north London derby is far too early to be season defining but its importance can scarcely be overstated. Arsenal have recovered from their worst start in history and a win would feel like a full-scale crisis properly averted. Clubs – managers, player, fans even directors – can live off the dopamine hit of a derby win for weeks. Yet that would be superficial. The foundations of this reconstruction are fragile.

In some ways, it recalls another era after Patrick Vieira and Thierry Henry had left in 2005 and 2007 respectively. The new stadium had to be paid for and there were eight long seasons without a trophy when Arsene Wenger weekly preached patience for a callow, young team, which included the burgeoning talents of Cesc Fabregas, Robin van Persie and Samir Nasri and which was perennially almost good enough. Almost. 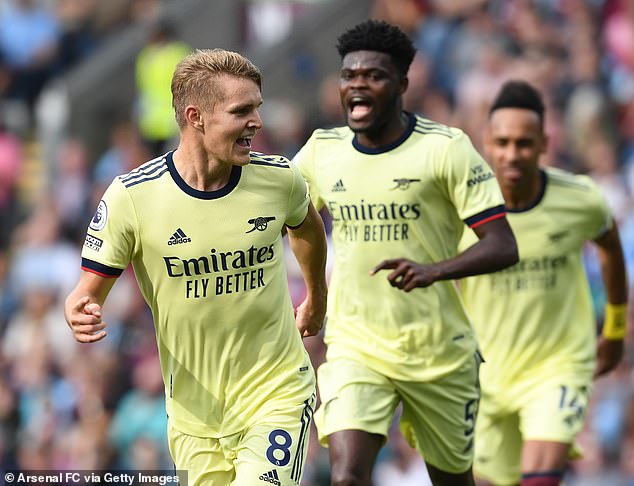 The difference was that team was finishing third and fourth in the Premier League, competing in the Champions League (they reached the final in 2006 and the semis in 2009, before settling for the last 16 as the limit of their ambition). Occasionally they looked like they might threaten for the title, such as 2008 and 2014.

Wenger would argue they got there in the end with those multiple FA Cup wins at the end of his career, which started in 2014, propelled over the line by luxury signings of Alexis Sanchez and Mesut Ozil. But most would say they never wholly recovered the identity of the original Arsenal teams under Wenger, characterised by the likes Tony Adams, Martin Keown, Dennis Bergkamp, Vieira, and Henry, a team that could hurt you as much physically as with its skill. 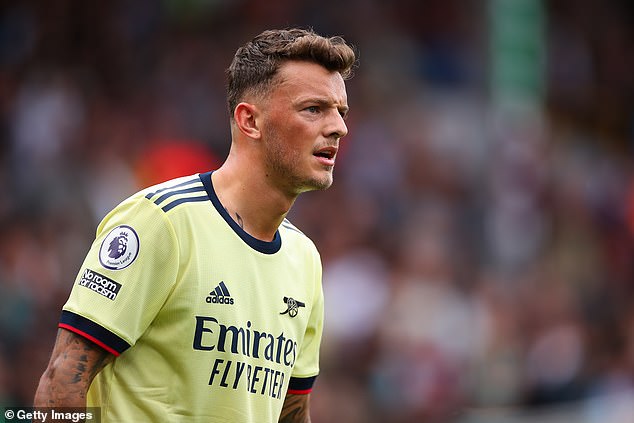 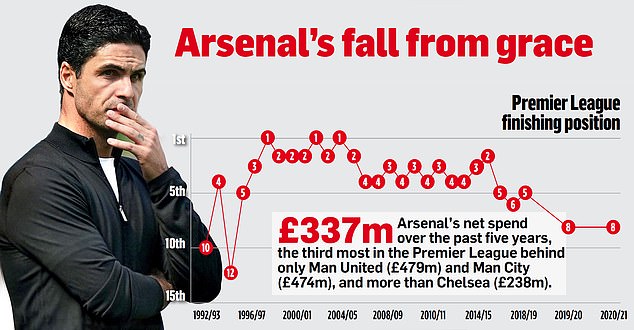 This summer the board doubled down on their bet on Arteta with £149million spent mainly on potential in Ben White, Martin Odegaard. Aaron Ramsdale, Takehiro Tomiyasu, Albert Lokonga and Nuno Tavares. It’s a bold strategy, to pile in on red in the middle of a losing run, risking one more spin of the wheel. Not since 1995 have Arsenal finished lower than eighth, their finishing position twice in the 21 months under Arteta.

If there were any doubts after their worst start ever to a campaign that saw them bottom after three games, they have dissipated. The message from the boardroom this week has been genuinely enthusiastic about Arteta and his young charges. The key decision makers are Stan and Josh Kroenke and their representative in London is Tim Lewis, with Lord Harris of Peckham representing the link with the past.

Their money is now all in on Arteta, 39, in his first managerial job, Edu, 43, in his first technical director role in Europe and Vinai Venkatesham, 40, in his first appointment as a chief executive. That team is as raw as the one on the pitch. And only Lord Harris in the boardroom would really understand the ebbs and flows of football over the sweep of decades.

Losses for last season’s campaign without fans are likely to be about £158m, in line with other clubs. This season’s transfers have likely been funded by using overdraft facilities at low interest rates, though there is no confirmation from the club on that, the line being that the Kroenke family continue to stand behind the club. Yet the club can’t sustain spending like this every summer, certainly not without European football. 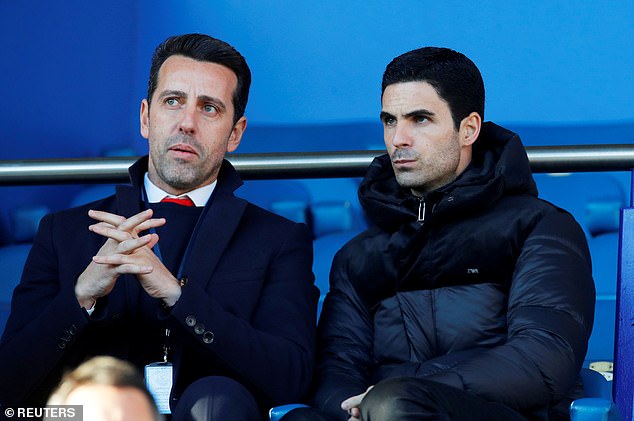 And the Kroenkes have considerable work to do to win back trust. Twice they have calamitously attached Arsenal to breakaway projects, in Project Big Picture and the European Super League. The club’s football performance hardly merits their inclusion in a self-selected elite. Their misjudgments in those matters were huge, even if shared by their colleagues at other clubs.

That said, at board level there is genuine enthusiasm and optimism about the project the club are embarking upon. Highly placed sources confirm that the club are backing Arteta and his young charges. Clearly the likes of Bukayo Saka and Emile Smith Rowe have excited with their breakthroughs but Tomiyasu, Tavares and Lokonga have also impressed. Odegaard’s starring role last weekend was obvious.

The messaging is now for the long term. You suspect that sixth would seem like a small success this season. It would be enough to mark progress under Arteta, though it would have been unimaginably bad under Wenger.

Arteta was talking about those glory days on Friday, the Double-winning teams that could play you off the park, or, if you chose to make it a battle of it, kick you into the stands.

‘That was another generation of fantastic payers that created a history in those clashes,’ he said, reminded of the Keown and Vieira confrontational spirit that once existed. ‘It was phenomenal to watch from the outside because it was all about passion and competing with each other.’

Arteta hates the fact that over time Arsenal has become a byword for a team that is a soft touch. He has vowed to change that. ‘Every time we are on the pitch we have to do it for ourselves, because we know that is basic principle to compete in any game. And hopefully afterwards people will get convinced that we are able to do that. We’ve done it in the past, since I’ve been here in previous years with other managers. We kept that belief that we are able to do it.’ 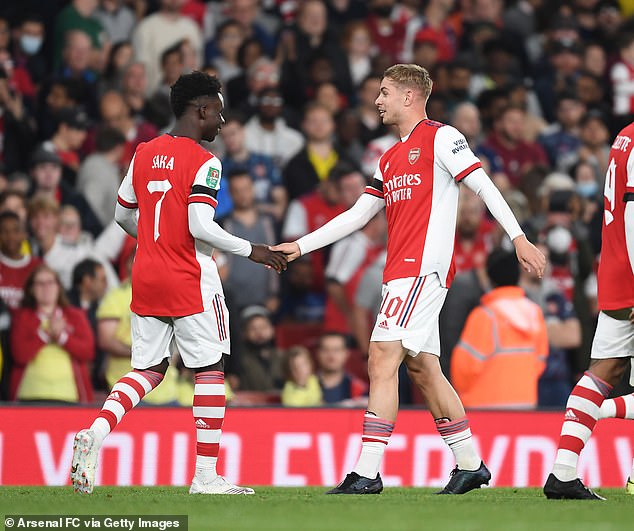 Arteta was also realistic on Friday, stating that he felt the quality of the Premier League made it the best ever and that he himself would struggle to play in it, which may be false modesty but his point was well made. Top four is a tougher proposition than ever.

Arsenal desperately need this current round of recruitment to come good. They think they have leaders and game changers. On Lokonga, 21, Arteta points out: ‘He was already captain at Anderlecht and that doesn’t happen by coincidence. He is fully ready to play.’

On Tomiyasu: ‘We all believe he has the right qualities, personally and professionally, to fit in to our culture and way of playing.’ Then there are the home-grown kids, like Saka. ‘[The Euros was an] incredible experience for him and he got the most out of it. He was obviously a touch off physically because he didn’t have a pre season but he’s in a really good condition right now. He’s happy humble and a loveable boy – we want to help him as much as possible.’ 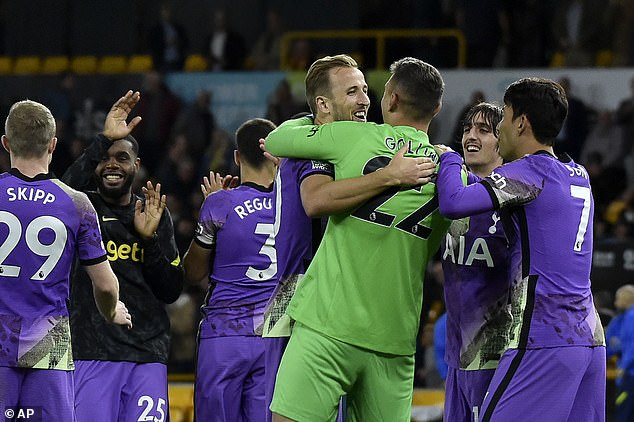 Yet there is no denying Arsenal isn’t what it was. Sunday’s north London derby is unlikely to sell out. A hundred of so Club Level seats, the most expensive in the middle tier, are likely to be available, unthinkable back in the day.

There are mitigating factors, Covid-induced economic uncertainty being the foremost. But this is also an Arsenal without any European football, let alone Champions League football. Wenger always made the point that the club could only justify top-level pricing because they were playing top-level football. That link has been broken.

Beating Tottenham won’t restore it, though it will make everyone feel a lot better about the future. In reality, some of games coming up next month will tell us more: Brighton (away), Aston Villa (home), Leicester (away). These are the arriviste clubs, closing in on Arsenal and, in Leicester’s case, surpassing them. Beat those teams and you might be able to believe in a renaissance of sorts. Yet if Arsenal are struggling to get results against those aspirant clubs, ready to supplant them in the top six, the trajectory will look decidedly flat.