Controversial actor Armie Hammer’s aunt says she ‘wasn’t shocked’ to hear multiple women accusing him of rape and violent assault, suggesting that the 36-year-old was destined to become a ‘monster’ because ‘abuse’ was ‘a way of life’ in his family.

Casey Hammer, 62, aired several shocking claims about her family’s years-long history of violence in a new interview with The Daily Beast, alleging that she was subjected to ‘abuse’ at the hands of her male relatives for years during childhood.

‘I wasn’t shocked when the allegations came forward,’ she said. ‘Based on my experiences in my family, I suffered from abuse. It was just a way of life.’

Casey, who is the granddaughter of late oil tycoon Armand Hammer and the sister of Armie’s father, suggested that witnessing this kind of behavior from other men in the family led Armie to follow the same path.

‘You don’t wake up one day and become a monster — it’s learned behavior,’ she said. ‘Once [the allegations] started unfolding, I was like, here we go, another Hammer man and something that’s being said about them.’

Despite Casey’s lack of surprise over the claims made against her famous nephew, the rest of the world was left reeling when the horrific accusations about his alleged violent tendencies began to emerge in January 2021.

Armie Hammer’s aunt Casey has spoken out about the claims of horrific abuse and rape that have been made against him, saying she ‘wasn’t shocked’ when she heard them 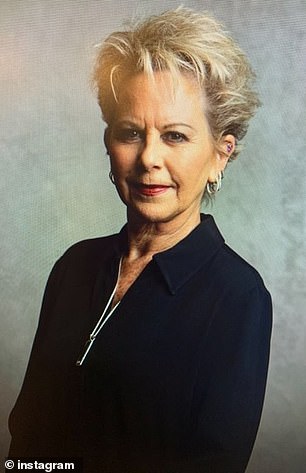 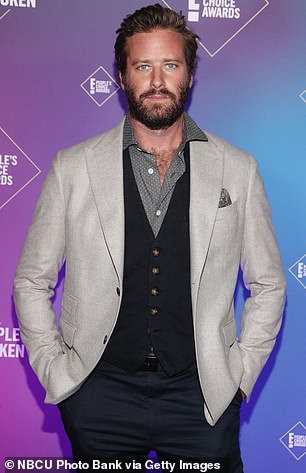 Casey Hammer, 62, told The Daily Beast that her nephew (pictured right in 2020) was destined to become a ‘monster’ because prolific ‘abuse’ has long been a ‘way of life’ in their family 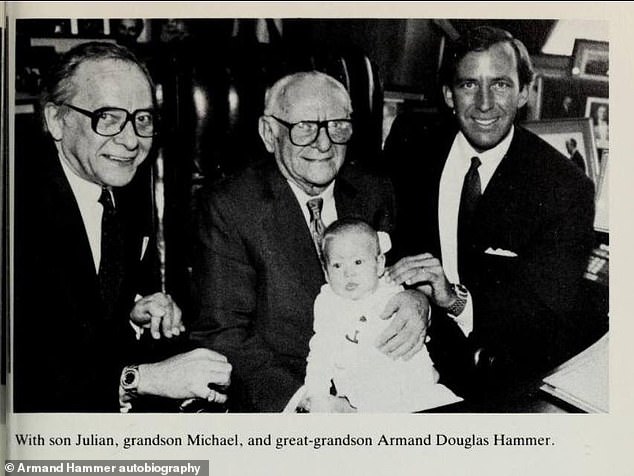 Armie’s personal and professional life was thrown into complete turmoil after a number of women claimed that he has been sexually abusive to them while indulging in his alleged violent sexual kinks, which reportedly included rape and cannibalism fantasies.

Two women – including his former girlfriend, influencer Paige Lorenze – said he told them he wanted to remove their ribs, barbecue them and eat them, and Paige also accused him of slicing the letter ‘A’ into her skin before licking the blood out of her fresh wound.

Although Armie has repeatedly denied accusations of rape, he entered rehab not long after the women came forward, where he spent nine months undergoing in-patient treatment for drugs, alcohol and sex issues.

After leaving rehab, he effectively went into hiding after being ostracized from Hollywood, retreating to the Cayman Islands, where he spent several months working as a timeshare salesman.

Earlier this month, he was pictured back in Los Angeles, where he was spotted reuniting with his estranged wife Elizabeth Chambers, whom he split from in 2020, and their two children.

But while Armie appears to be making bold attempts to put the horrific abuse and rape allegations behind him, they are set to be thrown into the spotlight once again in a new documentary, House of Hammer, which stars his aunt Casey – who also produced the three-part series.

In it, she lays bare several dark claims about her family’s history of violence, while also airing interviews with two of her nephew’s accusers, Courtney Vucekovich and Julia Morrison.

‘As shocking as what [Armie] is doing right now, there’s a generational pattern that’s been in play for a very long time and that no one took notice of,’ she told The Daily Beast. ‘It just didn’t start there — it goes way back.’ 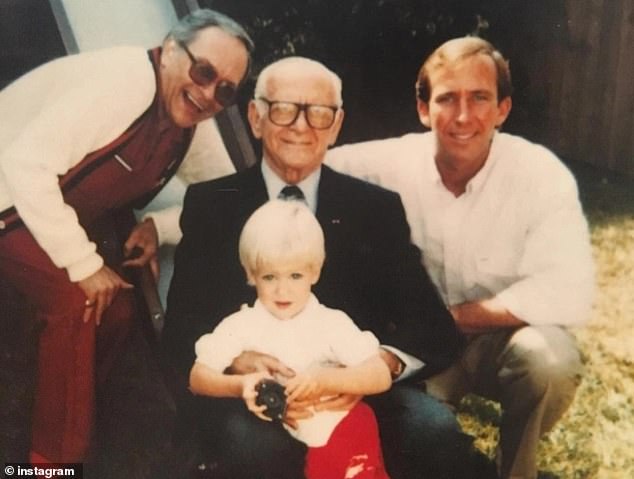 In her new interview, Casey alleged that many of the men in her family exhibited violent and abusive behavior. Armie is pictured center as a child in the arms of his oil tycoon great-grandfather Armand, with his father Michael on the right 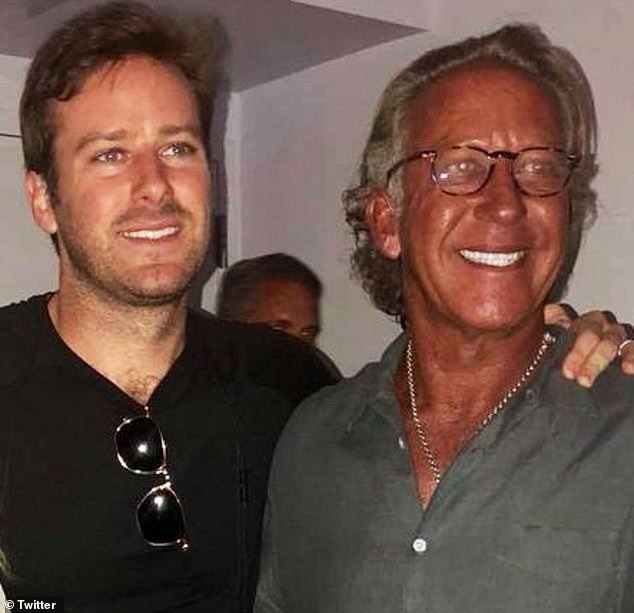 Vanity Fair reported in 2021 that Michael had his own unique sexual proclivities – and in a trailer for a new docuseries about the family, Casey says Michael has a ‘dark side’ 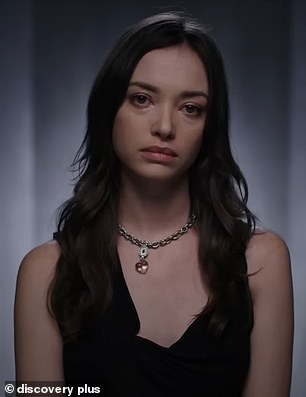 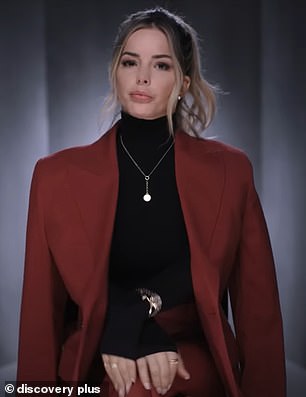 She alleged that she was ‘told she was a mistake’ for much of her life, because she was born a girl, instead of a boy, adding that she was repeatedly ‘shot at’ by her father Julian – Armand’s only son – when she was a child.

Casey says that she and her family members were expected to always ‘act a certain way’ in public as per her grandfather’s orders, and that if they ‘did anything to mess up’ they would be ‘threatened with punishments and being disowned’.

According to Casey, after her grandfather died, it became her responsibility to ‘babysit’ her father, who she claims regularly abused cocaine and meth, which she says increased his violent and erratic behavior towards her.

She alleged that she allowed her father to ‘hold a .357 Magnum to her temple every hour’, claiming that he would force her to open her eyes so that he could ensure she was not being possessed by aliens.

‘I’m here to shine a light on accountability,’ she said of her reasons for producing the documentary.

‘In my family, it was powerful, wealthy, generational bad behavior that went unaccounted for, and now it’s time for it to stop. When #MeToo started, it showed you about the workplace. There needs to be a #MeToo for the home.

In the trailer for Casey’s upcoming docuseries, which will be released on Discovery+ on September 2, she opens up in further detail about what she says is a long and seedy history of abuse that runs within her family tree.

‘When all this came out about Armie, I was not shocked,’ she says in the preview clip. ‘You just don’t wake up and become this dark controller, abuser. This behavior, it’s deep rooted.’

Casey, who became estranged from the Hammer family after she was mostly ignored in her grandfather’s multi-million-dollar will in 1990 – reported to be worth about $800million – said violence runs in the family.

The documentary, House of Hammer, which Casey produced, will explore allegations of abuse against Armie and the alleged cannibalistic fantasies he is said to have texted women about 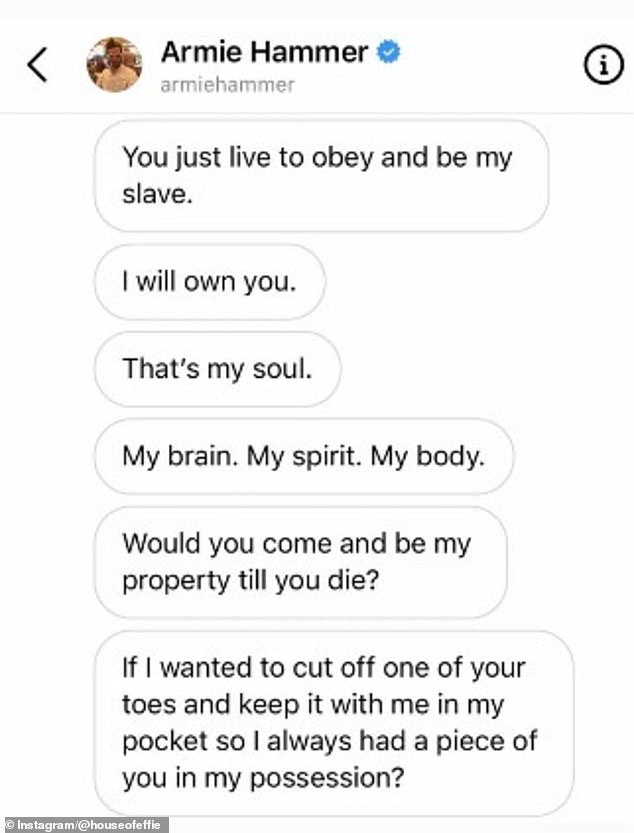 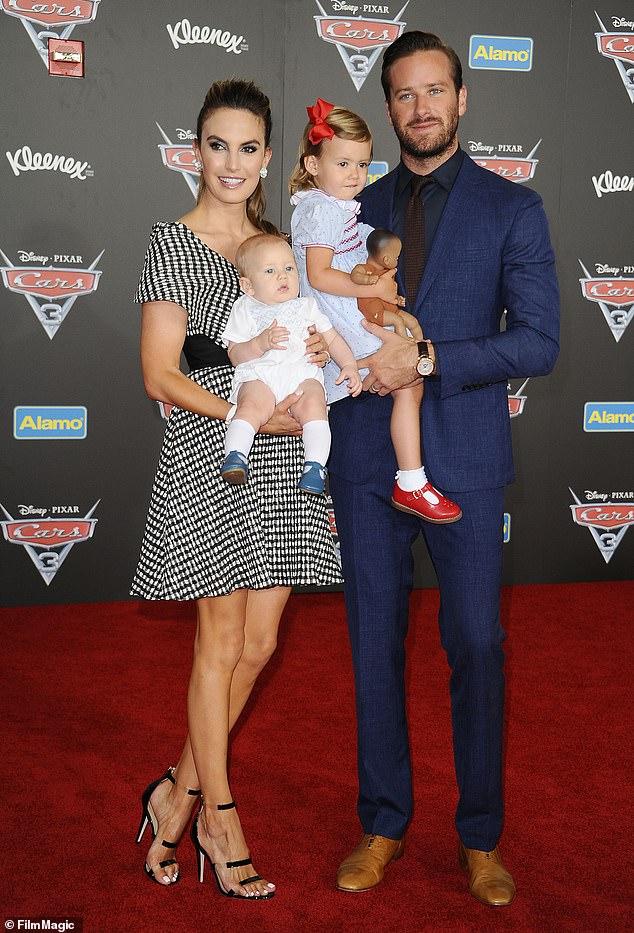 When the allegations began to emerge, Armie had been separated from his wife Elizabeth Chambers – with whom he shares two children – for several months following accusations that he had cheated on her

‘On the outside we were a perfect family. But magnify Succession a million times, and it as my family,’ she said, ‘If you believe about making deals with the devil, the Hammers are top of the totem pole.’

Armie’s great-grandfather and namesake, Armand, made millions in the oil industry but left his family deeply divided in his 1990 will which favored some and slighted others.

Violence and scandal has plagued the family throughout its stories history, with Armie’s great-great-grandfather being convicted of manslaughter in 1920 over a botched abortion he tried to administer, and Armie’s grandfather killing a man in 1955 over a gambling debt. He dodged those charges by claiming self defense.

A 2021 report in Vanity Fair detailed the bizarre sexual proclivities Armie’s father, Michael Hammer, claiming the 65-year-old ‘has the mindset of a teenage boy’, and that he kept a ‘sex throne’ in the Armand Hammer Foundation headquarters.

‘I know my grandfather had a dark side, but I saw my fathers dark side firsthand,’ Casey said, ‘And I’ve seen my brother’s dark side. It was like a monster unleashed. Now it’s Armie Hammer.

Casey – who told Vanity Fair she had $100 in her savings account and was working at Home Depot after receiving $250,000 from her grandfather’s will – co-produced the documentary, according to Variety, and signed onto the project before it was picked up by Discovery+. 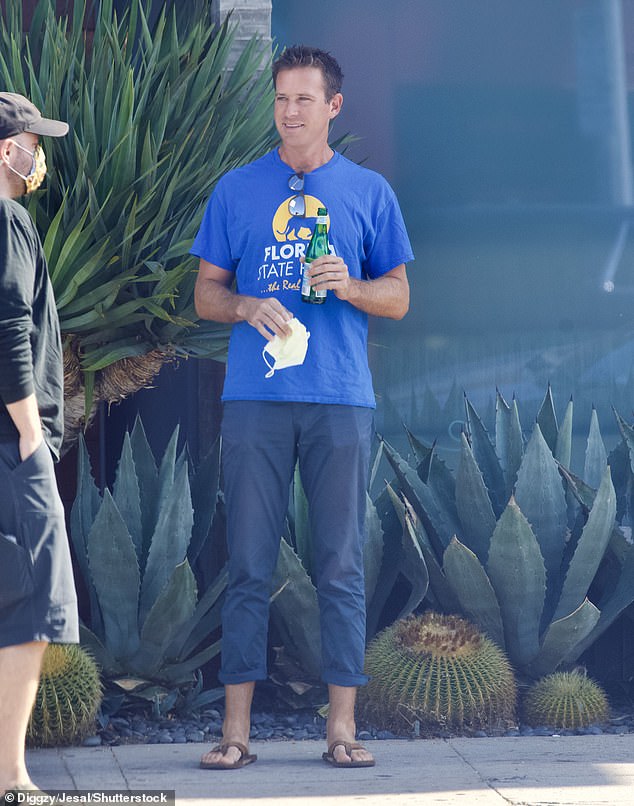 After his career and personal life were sent into turmoil over the allegations, Armie spent nine months in rehab, before retreating to the Cayman Islands, however he recently returned to LA

‘My name is Casey hammer and I’m about to reveal the dark twisted secrets of the Hammer family.’

The clip also sees accusers Vucekovich and Mirron explaining how their relationships with Armie started out as idyllic.

‘In the beginning I felt like this was all prefect, this was amazing,’ Vucekovich said, ‘How could you be this beautiful, this smart, so funny. But then things changed. He pushes your boundaries a little bit at a time. You’re his, completely.’

She said things began to escalate rapidly after Armie left her a handwritten note that said ‘I am going to bite the f*** out of you,’ describing being so violently bound by Hammer during sex that she closed her eyes to shut it out.

‘He just like acted mad. The ropes were around your neck, your wrist, your ankles, you’re like completely immobilized. I’m just closing my eyes until it ended,’ she said, sharing a photo of five coils of rope Hammer allegedly sent her.

Morrison said her relationship with Hammer started with him saying’ god you’re so perfect, its like you were made for me,’ but by the end his violent kinks were ‘all he wanted ever to talk about.’

The trailer also plays a voice memo allegedly recorded by Armie saying: ‘My bet was going to involve showing up at your place and completely tying you up and incapacitating you and being able to do whatever I wanted to every single hole in your body until I was done with you.’