Already-qualified Germany, missing a dozen players through injury, suspension and COVID-19 quarantine and having made six changes to the team that beat Liechtenstein 9-0 on Thursday, earned their ninth win in 10 qualifiers to finish in top spot on 27 points. North Macedonia are in second place on 18.

Gundogan struck either side of the break after Kai Havertz had put the visitors in front. Jonas Hofmann also scored for the Germans. 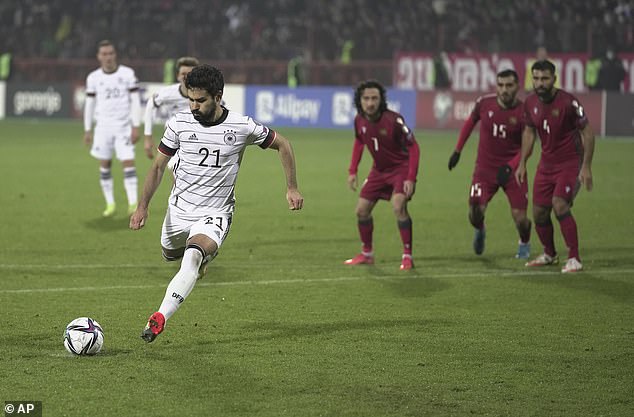 Ilkay Gundogan scored a double, one from the penalty spot, as Germany kept lashing in goals 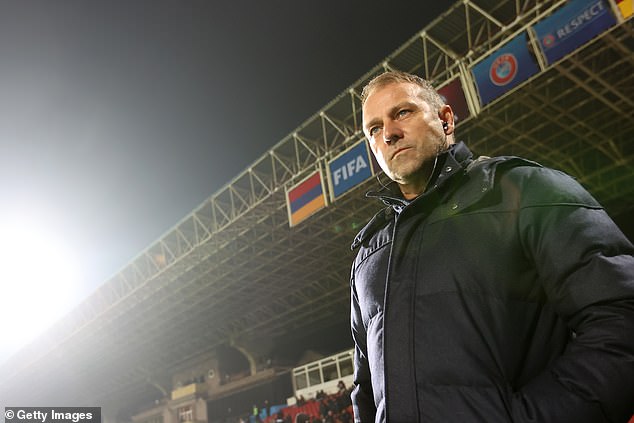 ‘We won 4-1, we reached our goal with 27 points,’ said Flick, who took over in September from Joachim Loew.

‘Not everything was perfect but it is great to see how the team plays, with this joy and fun in their game.

‘Now we have some time (until the World Cup) and also until the next international to analyse everything, improve some things and show development. But the team has fun on the pitch and that is a good foundation for us.’

Germany, after a first round exit at the 2018 World Cup and the last 16 at this year’s Euro, will be looking to improve at the 2022 World Cup in Qatar. 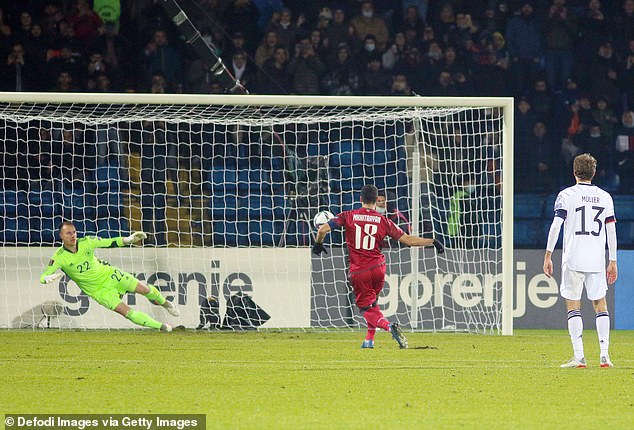 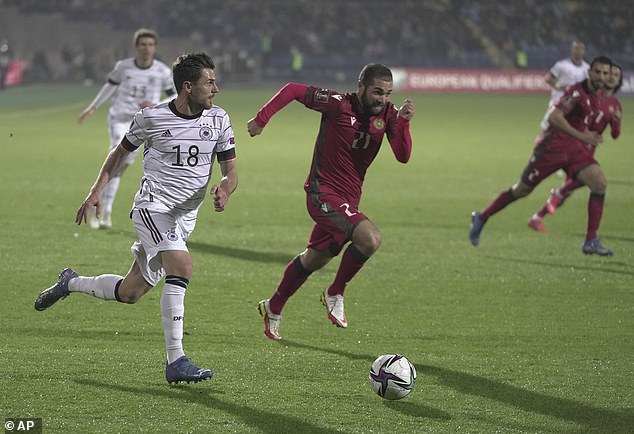 Jonas Hofman had a superb game, setting up the opener before scoring Germany’s fourth 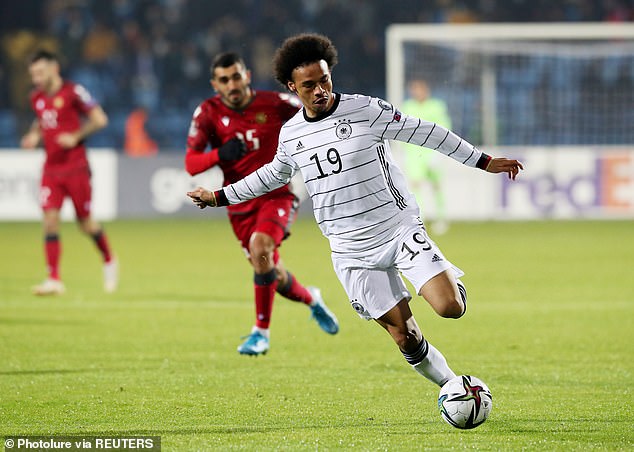 ‘There are things we need to train and things will get better,’ Flick said. ‘You see the team wants constantly to go forward to create chances. We know where we need to improve but we still have time.

‘But overall we have won seven games, won the last game of the year as well I can only congratulate them.’

The visitors got off to a strong start and Havertz hit the post in the fifth minute. He did it better 10 minutes later turning in a Thomas Mueller cutback with a deft touch. 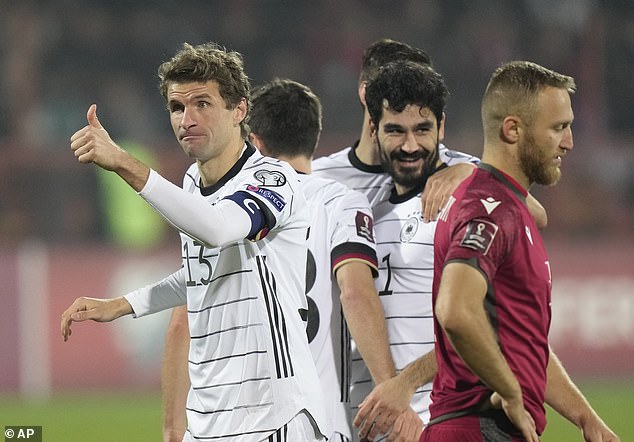 The Germans had several good chances to score again but had to wait until first half stoppage time when Gundogan scored with a penalty.

The hosts briefly pulled a goal back with Henrikh Mkhitaryan’s 59th minute penalty but Germany restored their three-goal advantage five minutes later when Hofmann pounced on a defensive to charge into the box and slot in.