Heavily armed pro-Trump supporters and far-right militia members have gathered near Churchill Downs in Louisville vowing to protect the city ahead of a day of Black Lives Matter protests scheduled to kick off during the annual Kentucky Derby.

Hundreds of men dressed in military gear and armed with semi-automatic weapons were out in force at Cox Park Saturday morning after a number of local social justice organizations announced plans to rally over the police shooting of Breonna Taylor.

A group of self-described ‘patriots’ and militia members led by a far-right activist identified as ‘The Angry Viking’ were seen toting guns, American flags, and Trump 2020 signs as they patrolled the area ahead of the demonstrations.

The group told local news stations they are fed up with the protests and destruction that have rocked the country over the past three months and were there to defend the city from any chaos that’s to come.

A man holding a semi-automatic shotgun stands in front of Dylan Stevens, who calls himself ‘The Angry Viking’ at a gathering of far-right activists and self-described militia on the day of the Kentucky Derby horse race in Louisville 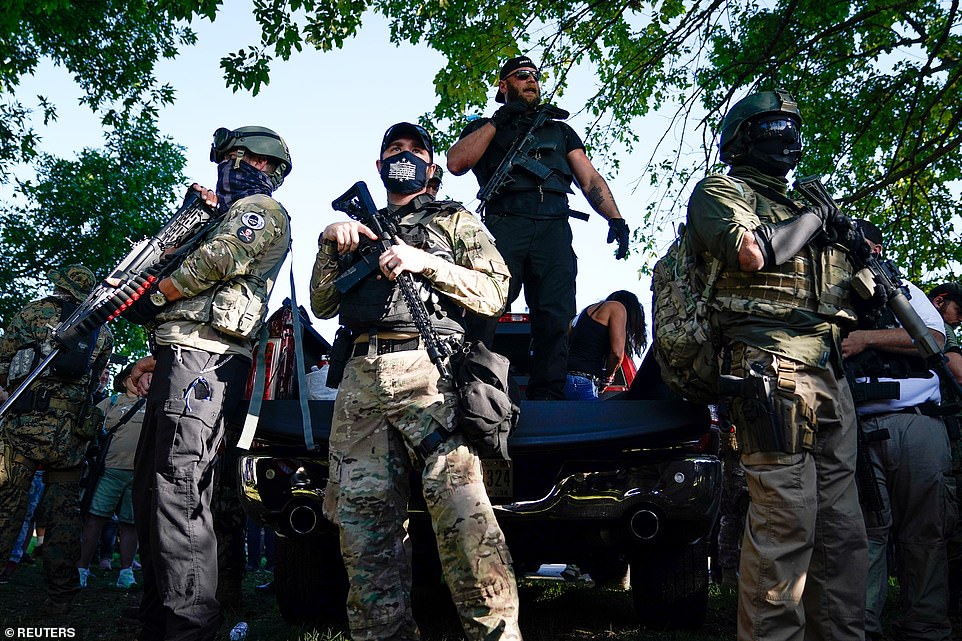 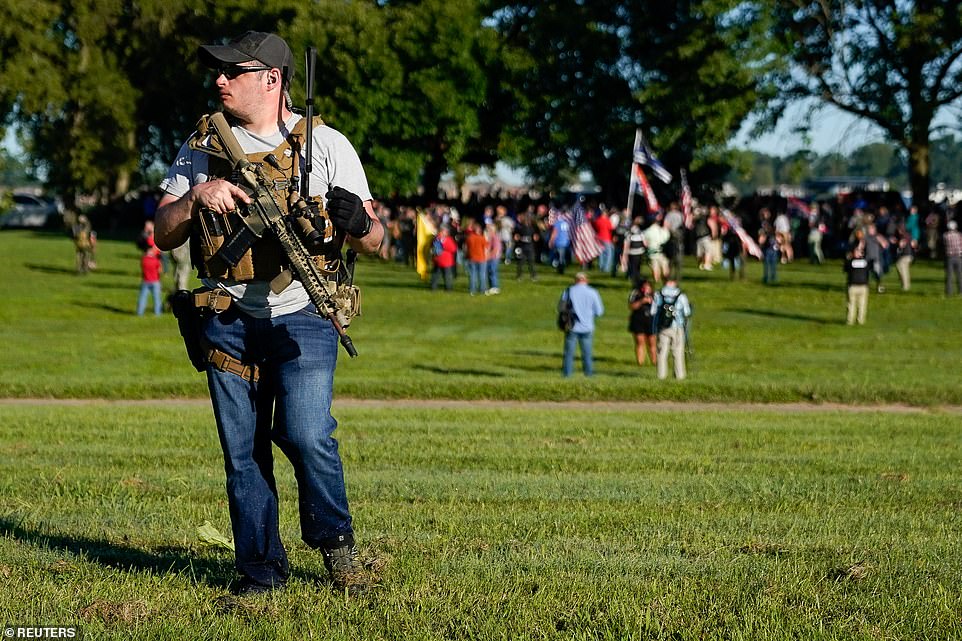 A man stands as security during the rally on Saturday. The group said it planned to protect the city from any destruction brought by protesters 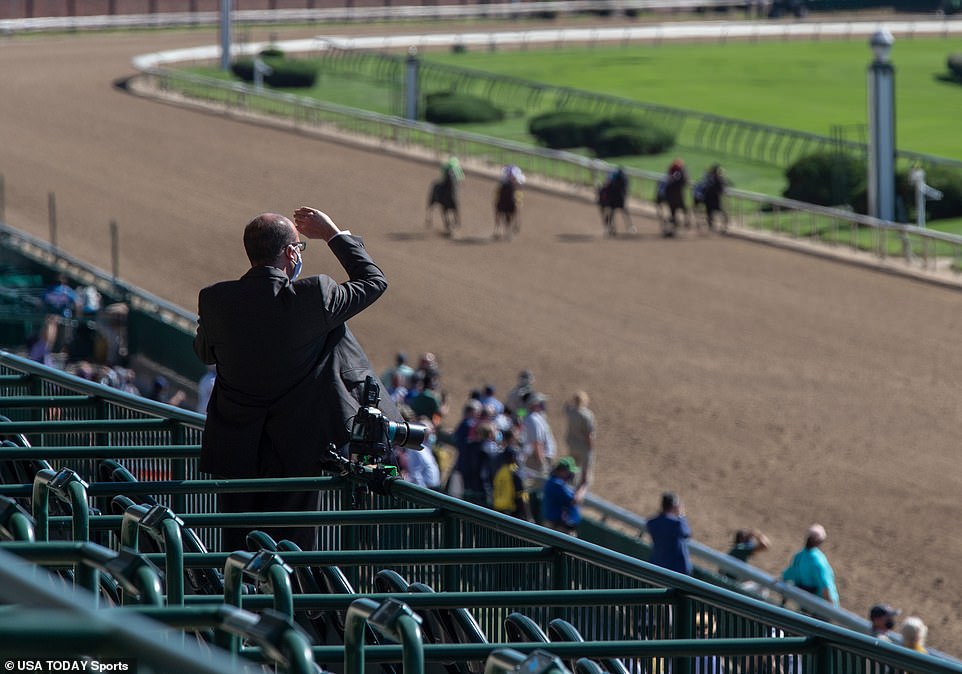 The 146th annual Kentucky Derby was postponed to September 5 this year due to the coronavirus pandemic. A spectator is seen blocking his eyes from the sun as the first race kicks off at Churchill Downs 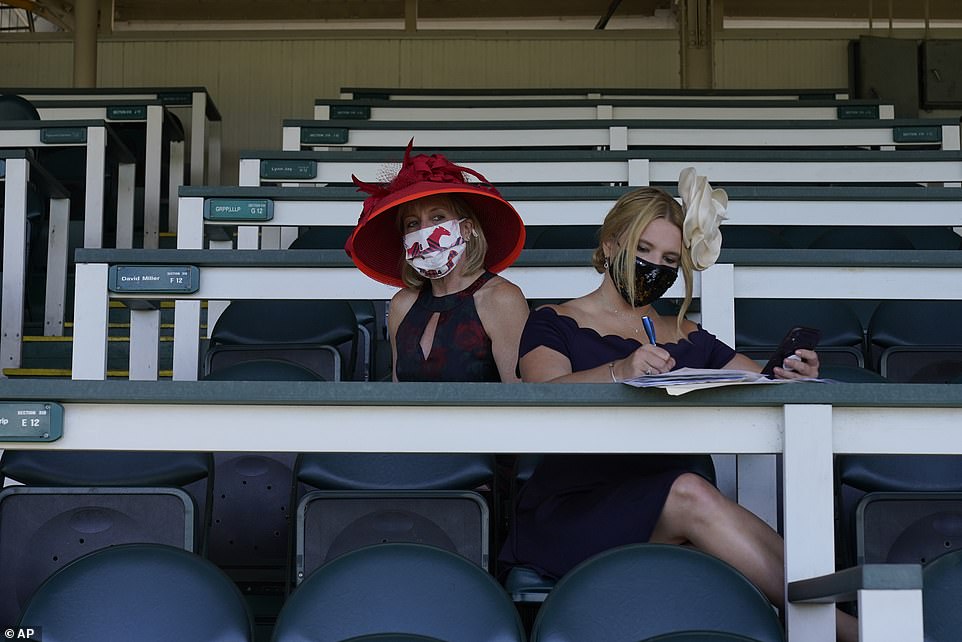 The death of Breonna Taylor, a black woman shot and killed by Louisville police in her apartment in March, has fueled tense demonstrations for 100 consecutive days in the city.

The three officers involved in her death have not been charged.

The case remains under investigation however, protesters vowed to take to the streets during famous horse racing event if investigators hadn’t come to a decision ahead of the weekend.

Black armed militia, NFAC and Until Freedom, both of which have held previous rallies for Taylor in the city, said they planned to demonstrate again on Derby Day, according to WLKY.

The far-right activists were seen clearing out the park just after 11am before marching downtown, where protests and counterprotests are expected to kick off this afternoon. 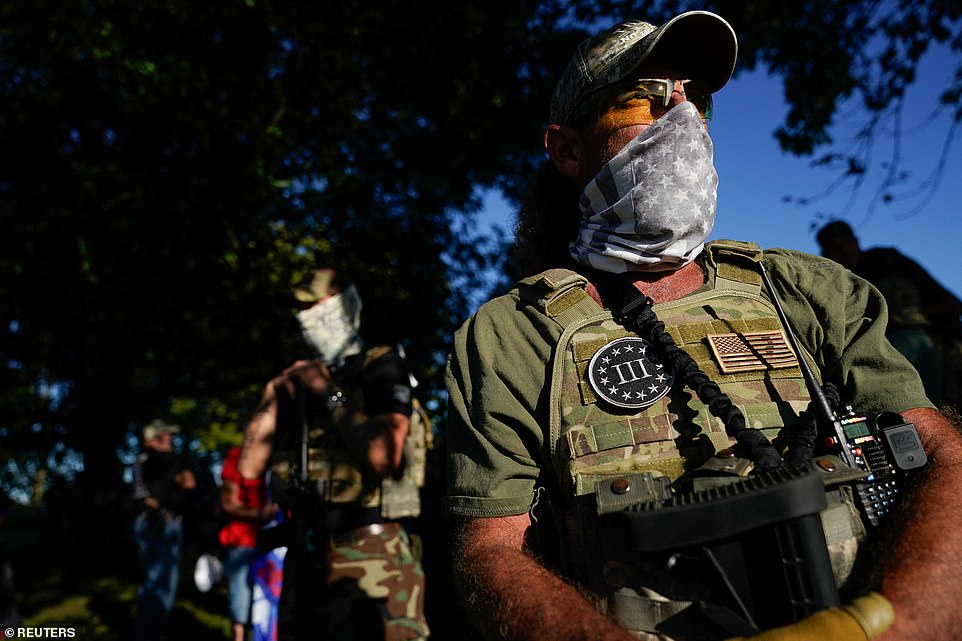 Far-right activists, many of them dressed in combat gear, rallied ahead of a day of demonstrations as well as celebrations during the Kentucky Derby 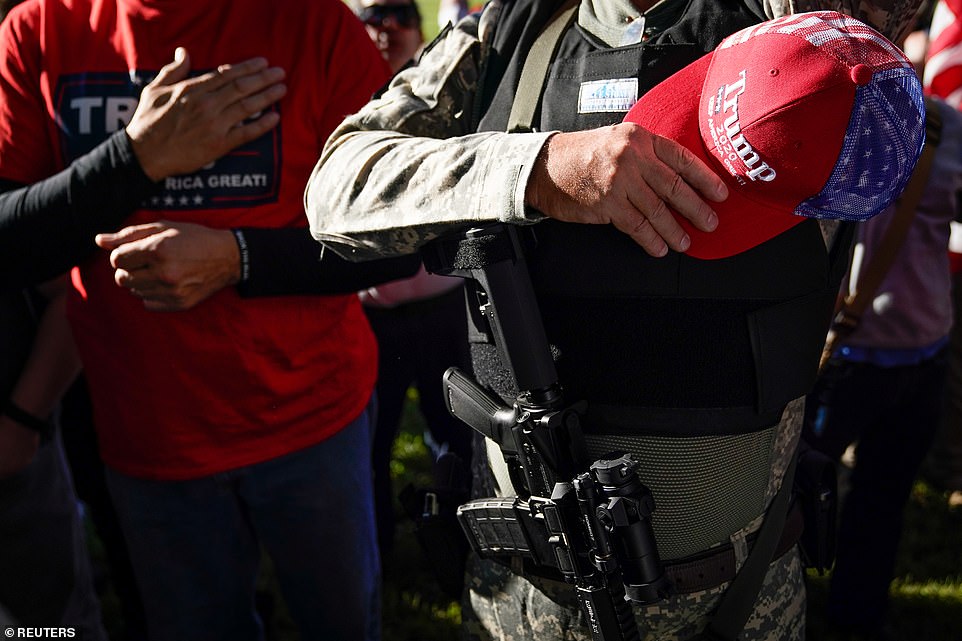 The prospect of unrest on Derby Day has its participants unsure what to expect.

The Louisville Metropolitan Police Department said it would coordinate with the groups to allow protesters to express their freedom of assembly while also ensuring safety in the streets.

None of the cheering – or cursing after losing wagers – from 150,000 fans will be heard this year at Churchill Downs, where America’s longest continuously held sports event will take place, four months later than usual.

The race, which is usually held on the first Saturday in May, was rescheduled due to the COVID-19 pandemic and organizers had planned to welcome a reduced crowd of less than 23,000 spectators, until escalating positivity rates for COVID-19 in Louisville dictated otherwise.

The 17-horse field will break from a new starting gate on Saturday, one to be used only for the Derby. It fits 20 horses, the typical size of the field, which is slightly smaller this year. 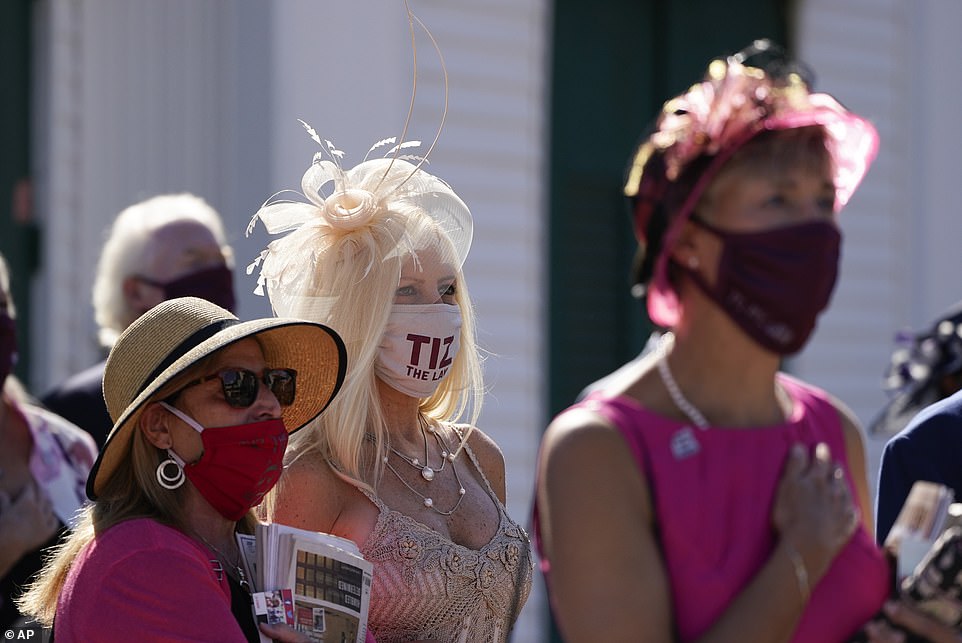 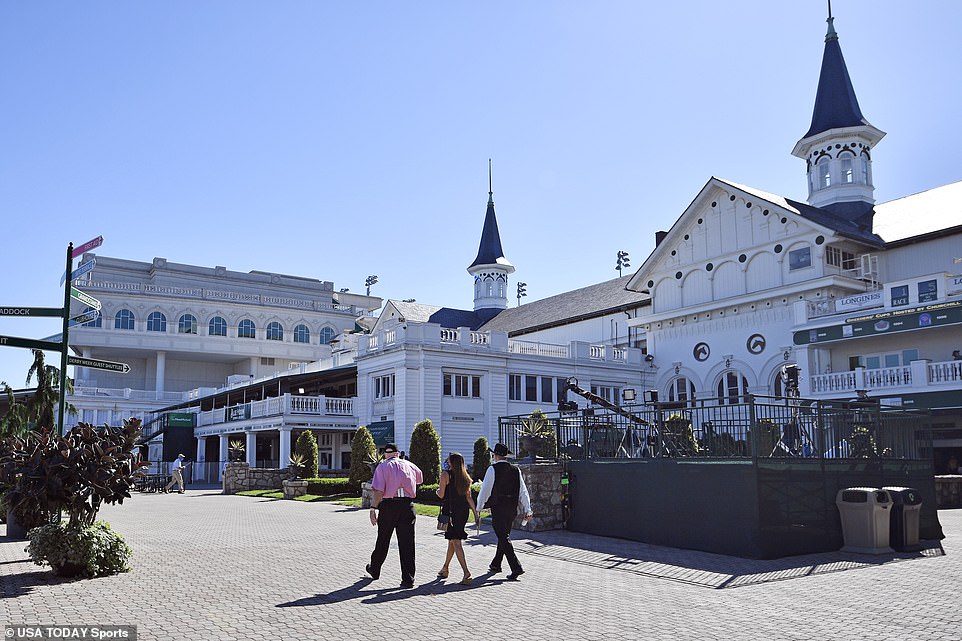