Arizona Cardinals ‘created a monster’ by handing Kyler Murray a $230m, five-year deal, according to an anonymous teammate… as he claims quarterback ‘felt less compelled to study and fulfil expectations’ after signing HUGE contract

The team went 4-13 in a horrendous 2022 season, and have since fired head coach Kliff Kingsbury, while general manager Steve Keim has quit due to ‘health concerns’.

On top of that, Murray suffered a torn ACL in the latter stages of the tournament, and his return at any stage of the 2023 campaign is in serious doubt.

Now, to make things worse, there appears to be a huge divide in the locker room, with an unnamed ‘veteran’ on the roster now taking aim at the quarterback.

Kyler Murray became a ‘monster’ after signing new deal, according to an unnamed teammate 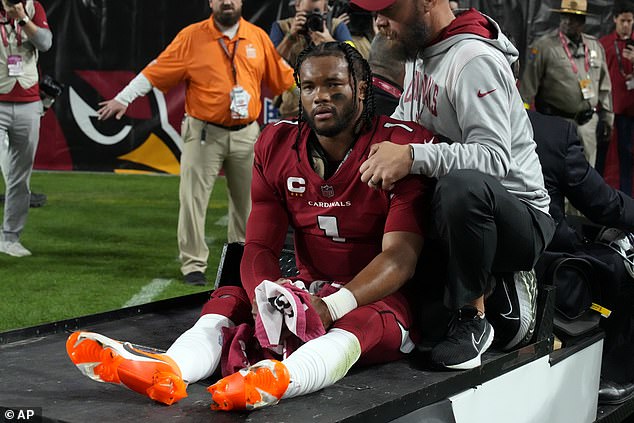 Speaking to Bally Sports after their season finale last weekend, the player said ‘it was like they created a monster’ when they handed Murray a huge new contract in the offseason, in a bid to tie him down to the franchise.

They went on to claim that once his huge salary had been guaranteed, Murray ‘felt less compulsion to study his game plan, or to fulfill the expectations of the franchise QB position than he had in the past.’

Murray’s ‘studying’ struggles were laid bare for all to see in the preseason when his contract was leaked, and it was noticed in the fine print that he had to ‘complete four hours of independent study’ each gameweek. 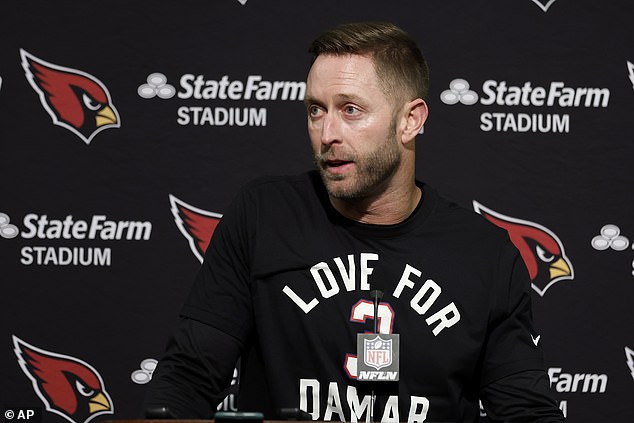 After a 4-13 year, head coach Kliff Kingsbury was fired by the struggling Arizona Cardinals 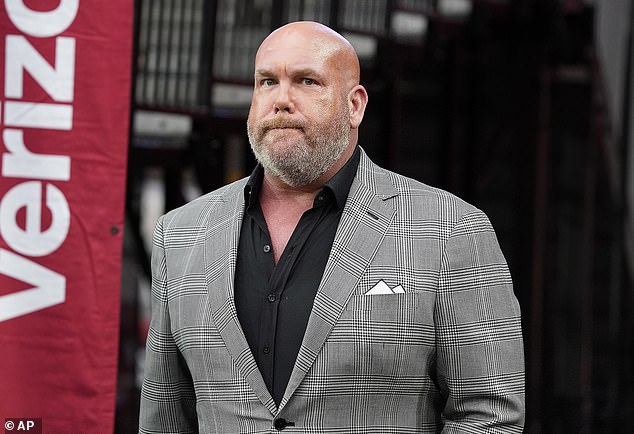 GM Steve Keim is also out the door, having previously stepped back due to health concerns

After a media storm, the team went on to remove the clause, but it was soon reported that Murray and coach Kingsbury’s relationship had already begun to sour.

The Cardinals reached the playoffs in 2021 and so their fall from grace this season has been particularly remarkable, and leaves them in a huge mess going into 2023, without their star quarterback, a coach or a general manager.

On top of that, it was reported this week that the team are planning to trade their star wide receiver DeAndre Hopkins, despite him having two years and over $34m left on his current deal.

JJ Watt has also walked away, into retirement, leaving huge gaps on the roster and in the front office for whoever takes charge.