PSG star Lionel Messi got into a light scuffle with Argentina team-mate Rodrigo De Paul as the two joked around during training.

The video, which is circulating social media, was taken during the national side’s session in Miami as they prepare for to take on Honduras in a friendly on Friday night.

Messi and De Paul can be seen throwing verbal jabs at eachother before the situation escalates and Leandro Paredes, Messi’s PSG team-mate, is forced to intervene. 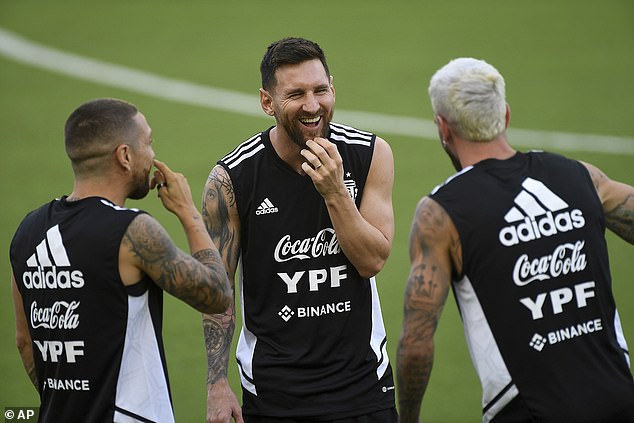 The two players were in good spirits after the incident, where De Paul gave Messi a light slap

According to Mundo Deportivo, De Paul asks the Argentinian No.10: ‘Are you stupid, Leo?’ before throwing a light slap towards his team-mate.

That’s when Paredes steps in and drags De Paul away. Despite the slightly confrontational manner, the three players can be seen in good spirits and laughing about the incident.

The duo in question have built a strong relationship having been together in the national team since De Paul’s call-up in 2018 and were both part of the Copa America winning squad in 2021. 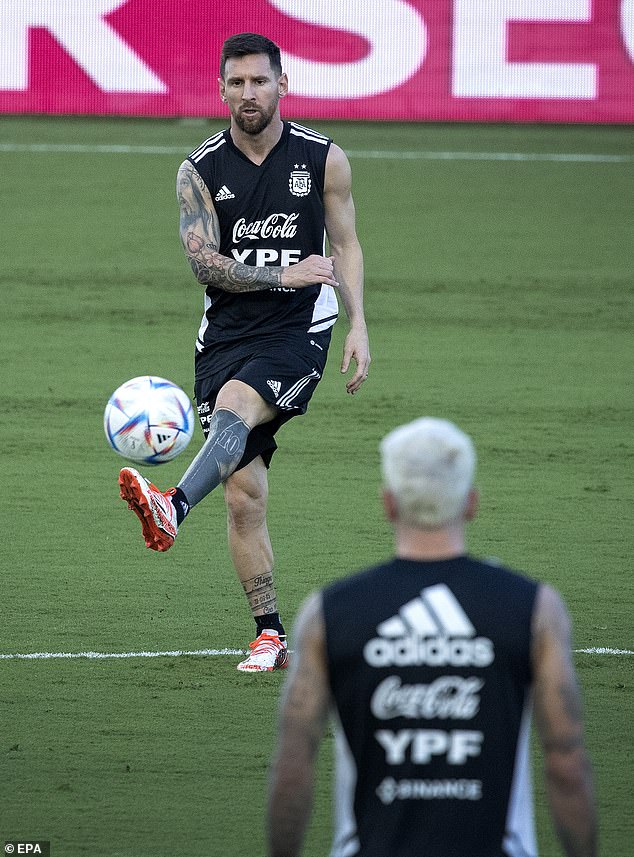 Lionel Scaloni’s side take on Honduras tonight at Miami’s Hard Rock Stadium in a friendly before facing Jamaica on Wednesday next week.

That game will be their penultimate fixture ahead of the World Cup starting in November, with the side also scheduled to play the United Arab Emirates in the week leading up to the tournament.