EXPRESS INFORMER > News & Politics > Are you an accepter, a sufferer or a resister? Poll reveals three different ‘pandemic personalities’

Are you an accepter, a sufferer or a resister? Poll reveals the three different ‘pandemic personalities’ Britons have adopted during coronavirus lockdown

Life in lockdown has brought out new sides to all of us – whether to the joy, horror or sheer bewilderment of the rest of the household.

But despite the many different facets of quarantine, it seems we all fall broadly into three confinement characters: the accepter, the sufferer and the resister.

A poll suggests those aged 55 to 75 are the most likely to be in the group who accept the lockdown and adjust to a new way of life.

In fact, they are unlikely to feel more anxious or depressed than usual, while just 12 per cent find their sleep has been affected and few are arguing more with the rest of the family. 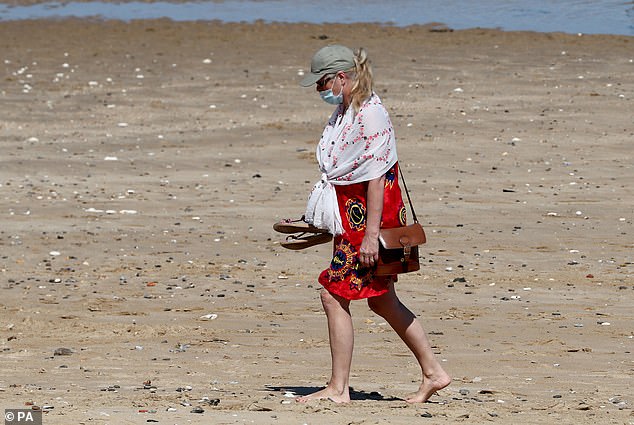 A poll suggests those aged 55 to 75 are the most likely to be in the group who accept the lockdown and adjust to a new way of life. Pictured, a lady in a mask walked on the beach in Margate, Kent, yesterday

About 48 per cent of Britons fall into this group of stoics, researchers at King’s College London found.

But 44 per cent were found to be in the ‘sufferers’ camp – with women making up two-thirds of this type.

Some 93 per cent of this group said they feel more anxious and depressed since lockdown began, with six in ten losing sleep.

Which leaves the final group – those resisting the new way of life – making up nearly one in ten of the 2,250 Britons polled. 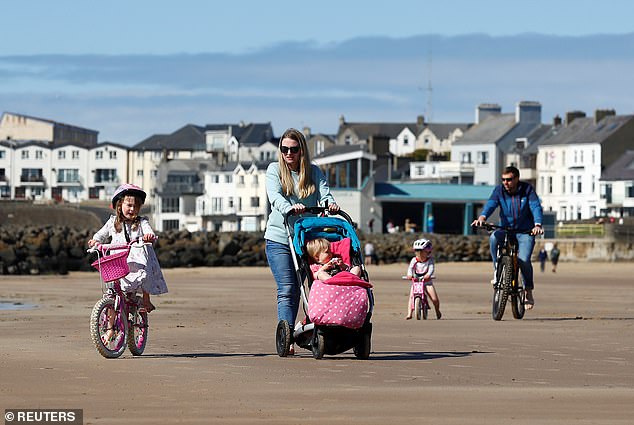 Those resisting the new way of life make up nearly one in ten of the 2,250 Britons polled. This group are more likely to be flouting lockdown. Pictured, Phil and Laura Gray walk with their children Sofia, five, Bella, three and Connie, one, in Portrush, Northern Ireland

This group, involving a large number of 16 to 24-year-olds, are more likely to be flouting lockdown rules, with 58 per cent believing ‘too much fuss is being made’ about the risk of the virus.

The poll of Britons aged 16 to 75 also found 64 per cent of this resisting group are men.

Professor Bobby Duffy, director of the Policy Institute at King’s College London, said: ‘The large bulk of the population are fully behind the measures, but even within this group there are clear dividing lines between those who are coping pretty well and those who are really suffering. 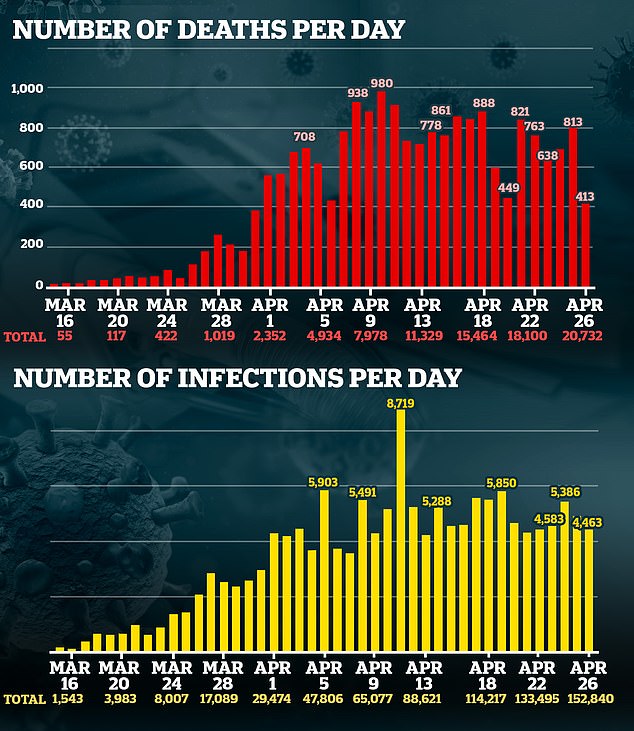 ‘There are also a small minority, around one in 11, who are much less supportive of the measures.’

Among the accepters, just 8 per cent felt more anxious and depressed, compared to the 93 per cent of sufferers. And roughly 10 per cent said they thought about the virus all the time whereas more than 33 per cent of the suffering group did.

Among resisters – whose average age was 29 – about 40 per cent admitted breaking lockdown rules by meeting up with friends or family outside their home.

The attitudes of this group may be partially explained by around two-thirds saying they faced job or financial problems because of the pandemic.

But, worryingly, one in five said they were failing to observe social distancing and 20-second hand washing.

This group were most likely to be drinking more alcohol than usual and to be taking steps to fight the virus that are not recommended, such as drinking ginger tea or taking homeopathic remedies.

If the survey, carried out between April 1 and April 3, is true for the wider population, it means 9 per cent are resisting measures.