EXPRESS INFORMER > News & Politics > Are these the UK’s naughtiest dogs?

In the dog house! Photo competition reveals some of the UK’s NAUGHTIEST pooches – including destroyed beds and chewed up cushions

Poorly-behaved pooches have caused a stir for their owners throughout lockdown, and a new competition has found the most mischievous dogs from across the country.

Gala Bingo challenged Brits to send in pictures of their furry friends misbehaving, and has been inundated with shots of adorable, but trouble-making dogs from all over the UK.

Rosie, a French bulldog from South Derbyshire, was crowned the winner after her owner, Dave Edwards, sent in a photo of her proudly sitting on (what used to be!) her bed.

Dave commented: ‘Rosie is the loveliest, friendliest, most playful dog I’ve ever known but she definitely has a bit of a destructive streak in her. In fact she destroyed another pair of shoes just this weekend!’

With the competition closed, FEMAIL takes a look at 10 of the best entries…

Rosie, a French bulldog from South Derbyshire, was crowned the winner after her owner, Dave Edwards, sent in a photo of her proudly sitting on (what used to be!) her bed 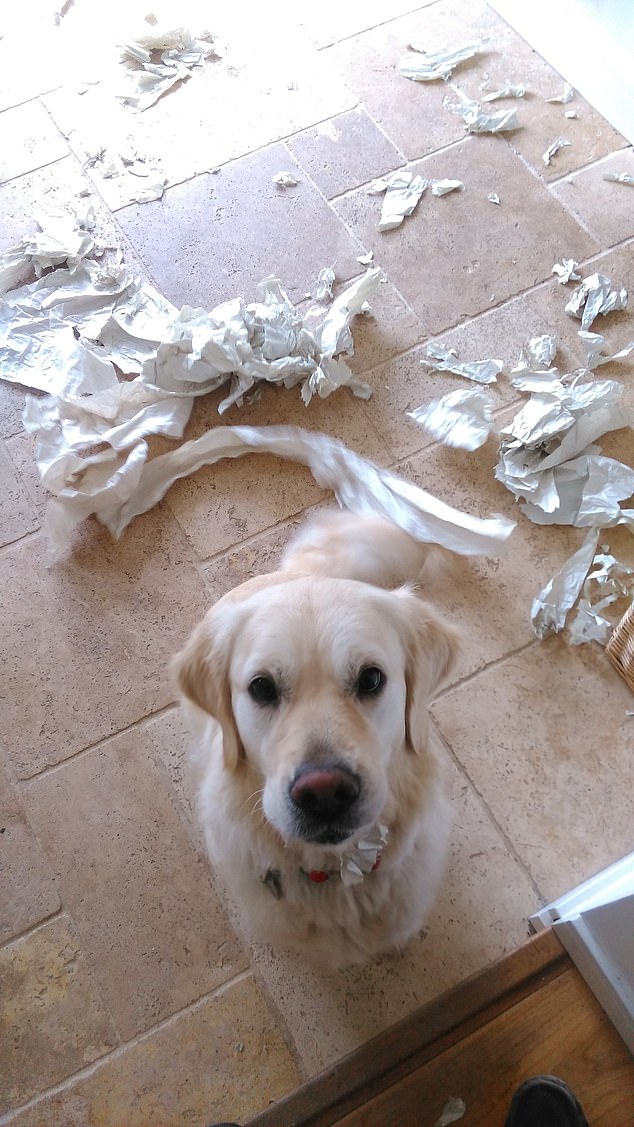 Bryony, a Golden Retriever from Bristol, just wanted to help her owner, Emma Iraci, to open her birthday present. We think you did a great job Bryony! 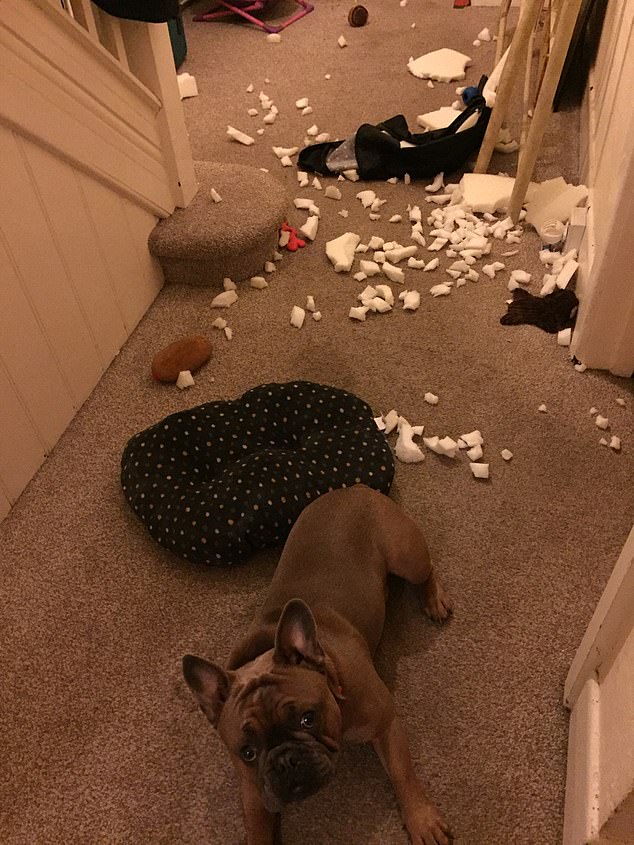 Vinnie the French bulldog tends to destroy any soft beds or cushions in sight, says his owner, Gemma Shonfeld from Christchurch. But with that guilty look on his little face, who could stay angry? 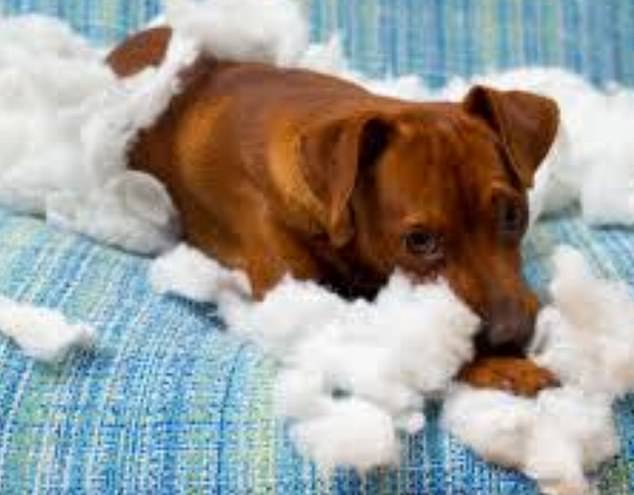 Coco, a gorgeous Jack Russell from London, won the fight against a cushion, according to owner Amanda Johnson 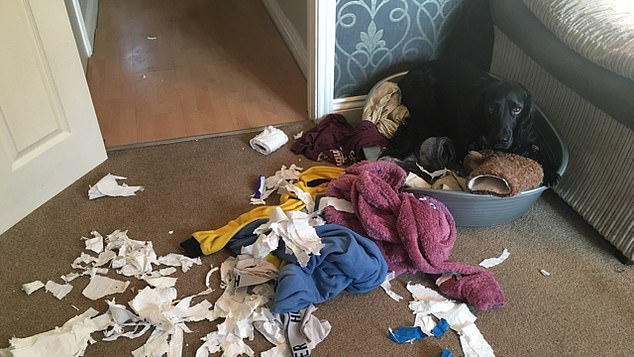 Dylan, a Sprocker, is not a fan of toilet roll or laundry it seems, or perhaps he was just trying to help his owner, Sharon Jackson from Kettering, with her chores? 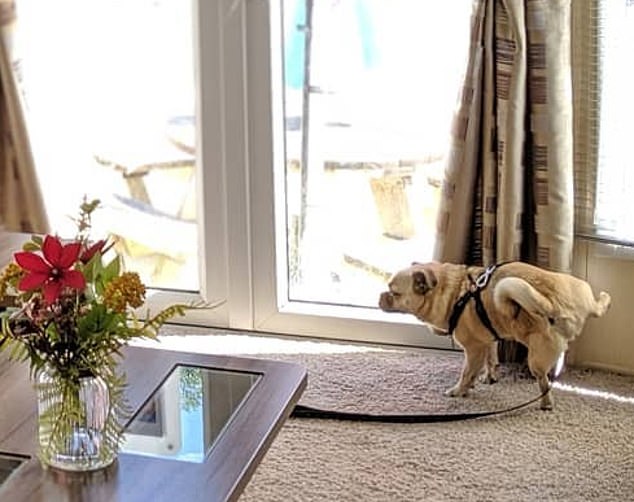 Little Gizmo, a Pug/Jack Russell cross was not a fan of the new curtains, according to his owner Jade McKenna from Coventry 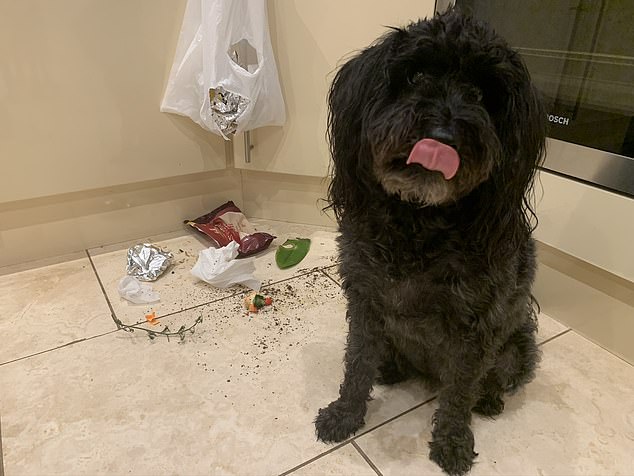 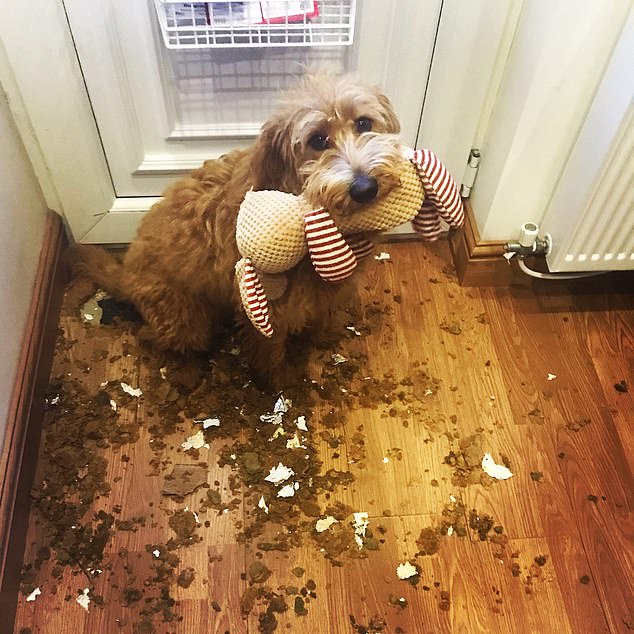 Lexi, a Labradoodle from Lancaster, has made a bit of a mess of the house, but with those puppy dog eyes we’re sure her owner, Jennifer Toal, has forgiven her 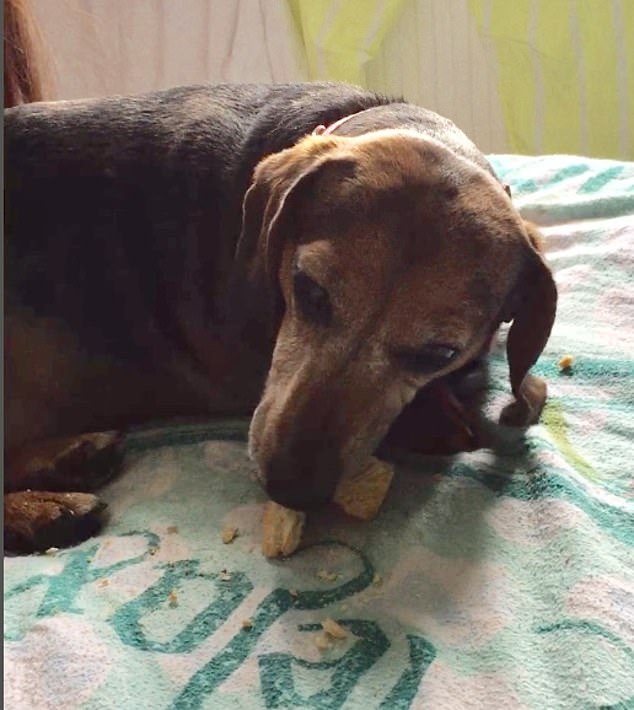 Daniel O’Shea from Salford wondered where his little Dachshund, Mimi, had wandered off to… he found her gobbling a packet of custard creams upstairs 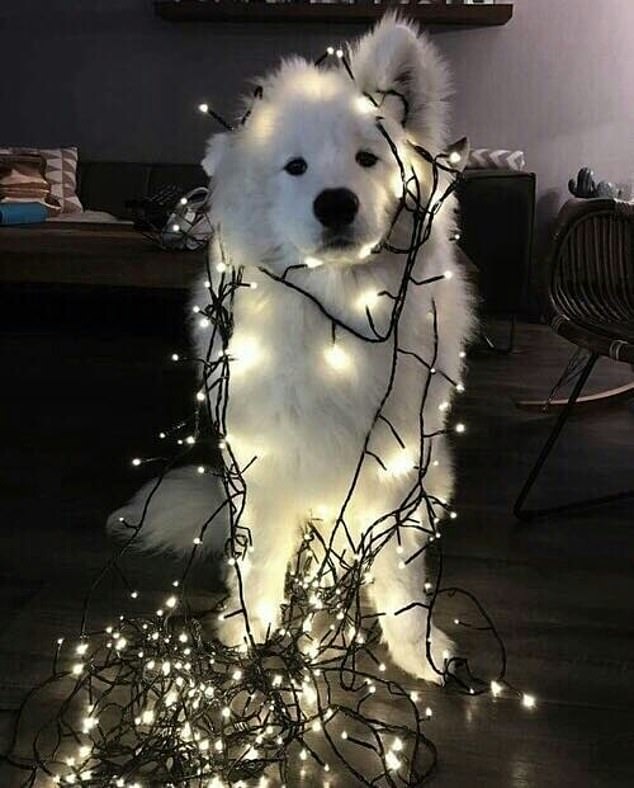 We all wish it could be Christmas everyday, but Snowy, a Samoyed from Hereford, decided to take things into her own hands, as owner Tegan Rose caught her in the decorations box 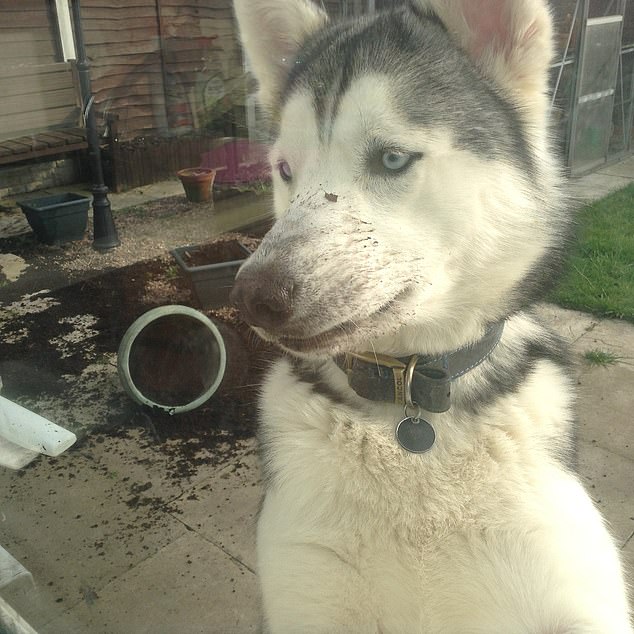 Sabre, a majestic looking Husky, thought he’d do a spot of gardening. His owner, Denise Walton from Birmingham, however, was not impressed to see the garden dug up and pots tipped over