EXPRESS INFORMER > Business & Finances > Are green ‘ESG’ funds really helping the planet -and how are they being regulated?

New rules designed to ensure investors do not end up buying a green investment fund that is anything but eco-friendly are nothing but a joke.

That is the considered – and somewhat controversial – view of some leading investment experts who have long believed that the investment fund management industry (in the UK and the United States) has hijacked the green agenda for its own purposes.

That is, to generate premium fees from the sale of funds which it knows the public will almost buy blind because they are labelled ‘green,’ ‘socially responsible’, ‘ESG-friendly,’ ‘sustainable’, ‘ethical’ or ‘impact investing’. The term ESG stands for environmental, social and governance investing.

Sinister: Joaquin Phoenix as The Joker in the 2019 film and an ESG superhero

Often, but not always, these badged funds – ‘superhero’ funds in many investors’ eyes – are full of stocks such as global mining giants, gambling businesses, oil and gas producers and tobacco companies that most green investors would otherwise run a mile from.

Mislabelling of such investments is often referred to as ‘greenwashing’. A more apt word is ‘deceit’.

Last year, he said the industry was ‘selling the public a wheatgrass placebo as a solution to the onset of cancer’.

Sceptics argue that the changes proposed by the City regulator (the Financial Conduct Authority) will actually give the country’s fund management industry even greater licence to run green funds (or sustainable funds as it labels them) which hold investments that many investors would baulk at.

Under the rules, fund managers will be able to claim a fund is ‘sustainable’ (environmentally and/or socially sustainable) even if up to 30 per cent of its assets are in non-sustainable assets – for example, companies manufacturing plastic bottles.

‘The rules are an absolute mess,’ says Alan Miller, co-founder of wealth manager SCM Direct and one of the country’s most respected asset managers.

Over the past couple of years, Miller has led the way (principally through the pages of The Mail on Sunday) in highlighting the widespread mis-selling and mis-marketing of green funds.

Miller says that until there is an overhaul of the way independent ratings agencies score companies on ESG issues, investment funds will continue to hold stocks that most people would think should be no part of a green-orientated fund. 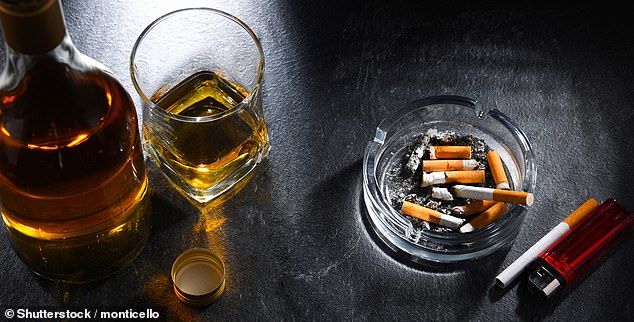 Ethical? According to one ESG data provider’s scoring system, some companies operating in markets such as alcohol and tobacco outperform the FTSE100 as a whole

The ESG scores that agencies apply to companies are a key determinant in deciding which stocks a green fund will hold.

‘How crazy is it,’ says Miller, ‘that a tobacco company such as BAT is the third-highest ESG-rated company in the FTSE100 Index?’

He analysed the ten largest ‘sin’ stocks in the FTSE100 Index operating in the oil and gas, alcohol, tobacco, mining, defence and gambling sectors.

Reform of ESG ratings does not feature in the new FCA rules although the regulator does say investment firms must ensure the data they rely on for making sustainable investment decisions is fit for purpose. Miller believes this will prove ‘impossible to achieve’. =

The louder a company shouts about its ESG credentials, the more sceptical you should be as an investor

Across the Atlantic, hedge fund manager Carson Block of Muddy Waters Capital – like Miller a green fund sceptic – believes a lot of investors are being misled. Greater regulation, he says, will change little.

Last week, he told the MoS: ‘In my career as an investment analyst and investment manager, I would say the more rules a regulator introduces, the more those who are regulated try to find ways to get round them – and succeed.’

He also said that because ESG-friendly companies and investment funds claim they are doing their bit to help save the world from ecological destruction, it is ‘considered impolite to ask them hard questions’.

As a result, they are often able to escape close scrutiny that would reveal any wrongdoing. Block believes that the only way for investors to be true to their own beliefs on green issues is to avoid investment funds altogether and do their own stock picking – albeit with a big dose of scepticism.

‘The louder a company shouts about its ESG credentials,’ he says, ‘the more sceptical you should be as an investor.’ 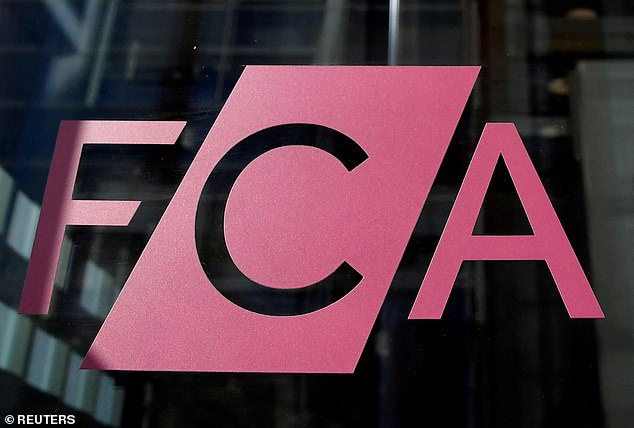 Rules: City regulator the FCA is proposing changes to green fund labelling, but some investment experts are sceptical about their contents

Miller says a simple but highly effective solution would be for all green investment funds to disclose all their holdings so that wannabe investors can decide whether they are comfortable with them. The proposed FCA rules on green investment fund labelling come as interest in such investments is steadily increasing.

The regulator’s own research indicates that more than four-fifths of all adults would like their investments to ‘do some good’ – as well as deliver them some profit.

According to data from the Investment Association, more than £86billion is invested in responsible investment funds, accounting for 6.5 per cent of all assets managed by the fund management industry. In 2020, the equivalent percentage was 3.9 per cent.

In a 179-page document that Alan Miller says is ‘mind-boggling, even for professionals,’ the FCA proposes three new labels for green funds to fall under – sustainable ‘focus’, ‘improvers’ and ‘impact’.

A fund can categorise itself as being sustainable focus if at least 70 per cent of the underlying investments meet ‘a credible standard of environmental and/or social sustainability’.

Improvers will be funds which hold companies set on improving their sustainability credentials over time. The third will be funds investing in companies which are doing things to improve the environment.

The FCA intends to publish its final rules on green funds by next summer, although they are unlikely to come into effect until a year later.

Research published a few days ago from the Association of Investment Companies indicates that just one per cent of financial advisers and wealth managers ‘completely trust’ the sustainability claims made by green fund managers.

Sacha Sadan, the FCA’s director of environment, social and governance, believes the rules will help ‘build trust’ in green investment funds. Others, though, disagree, with Alan Miller arguing that all the new rules will do is mire fund groups in yet more regulation and compliance, with the costs passed on to investors.

As Carson Block told the MoS last week, most green investment funds are ‘not a conscious marketing scam, but a scam all the same.’ Buyer, beware.

Although £1.9billion investment fund JOHCM UK Equity Income does not market itself as green, it is dressed up as a fund that ticks all the ESG (environmental, social and governance) boxes.

On financial data feeds such as Bloomberg, it is classed as a fund ‘which promotes environmental or social characteristics’.

On FE Analytics, a funds database, the fund is also said to have ‘ESG characteristics’. And finally, on JOHCM’s own website, its focus on environmental, social and good corporate governance issues are all mentioned.

But when you look under the fund’s bonnet, its two biggest holdings are BP and Glencore, a mining company that last week was fined £281million for bribing officials in Africa to further its business interests.

ESG friendly? On Friday JOHCM said ESG was ‘an input, not a determinant of the investment outcome’. It also said ESG ratings for Glencore and BP were improving.