The Catholic Archbishop of Glasgow Philip Tartaglia has died after contracting Covid-19.

The 70-year-old, who had served as Archbishop of Glasgow since 2012, tested positive for coronavirus shortly after Christmas and was self-isolating at home.

The Catholic Church in Scotland said the cause of his death was not yet clear. 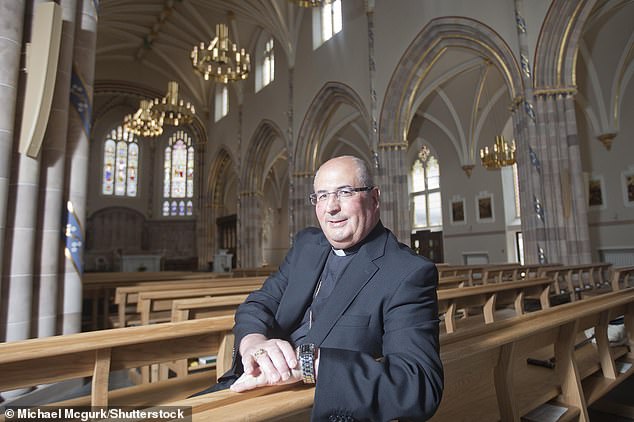 It will be for Pope Francis to appoint a new Archbishop to succeed Archbishop Tartaglia, but until then the Archdiocese will be overseen by an administrator

n a statement, Bishop Hugh Gilbert, president of the Bishops’ Conference of Scotland, said the archbishop was a ‘gentle and caring pastor who combined compassion with a piercing intellect’.

He said: ‘His loss to his family, his clergy and the people of the Archdiocese of Glasgow will be immeasurable but for the entire Church in Scotland this is a day of immense loss and sadness.

‘His contribution to the work of the Bishops’ Conference of Scotland over the past 16 years was significant and we will miss his wisdom and wit very much.’

First Minister Nicola Sturgeon was also among those paying tribute to the archbishop.

Speaking in the Scottish Parliament, she said: ‘It has just been drawn to my attention that the Archbishop of Glasgow, Archbishop Tartaglia, has passed away this morning.

‘I want to put on record my deep sadness at this news.

‘I’m sure that is sadness shared by everybody across this chamber – and to send my deepest condolences to his loved ones and of course everybody in his community.’

Justice Secretary Humza Yousaf said he was ‘deeply saddened’ at the news.

He wrote on Twitter: ‘Have many fond memories of conversations we shared over years.

‘He was a regular visitor to Catholic Schools in my constituency, he spent time engaging with pupils & staff. Prayers with our Catholic community.’ 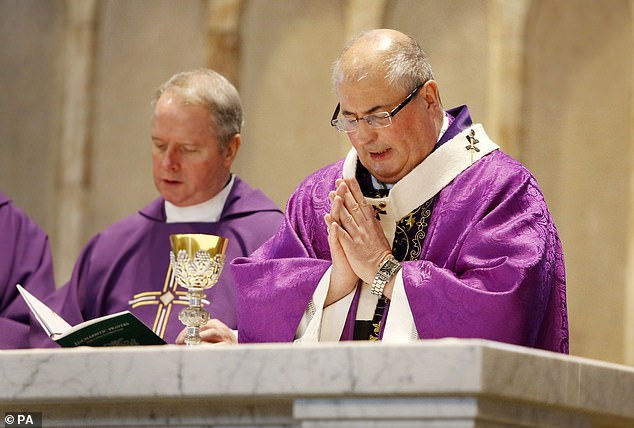 The 70-year-old had served as the Archbishop of Glasgow for nearly a decade, since 2012

Celtic FC said the archbishop was a ‘huge supporter of the club’, writing on Twitter that he regularly attended matches.

‘Everyone at Celtic offers their sincere condolences to Philip’s family and Scotland’s Catholic community at this sad time,’ it added.

Archbishop Claudio Gugerotti, the Pope’s Ambassador to Great Britain, has been informed of the death.

A spokesman for the Church said the Archdiocese will be overseen by an administrator until the Pope appoints a successor.

Philip Tartaglia was born in Glasgow on January 11 1951.

He was ordained a priest by Archbishop Thomas Winning in the Church of Our Lady of Good Counsel, Dennistoun, on June 30 1975.

Pope Benedict XVI nominated him Bishop of Paisley and he was ordained on November 20 2005.

He was appointed Archbishop of Glasgow on July 24 2012 and installed at St Andrew’s Cathedral, Glasgow, on September 8.

He died on January 13, the Feast of St Mungo – the patron saint of Glasgow.