Businesswoman Khadija Kalifa shut down her unprofitable cleaning firm on the advice of Lord Sugar, following her appearance on BBC TV’s The Apprentice. She tells Donna Ferguson she lost £20,000 on the business.

Khadija, 33, who was fired in the semi-final of the hit BBC show in 2018, said the best money decision she ever made was spending £23,000 on two internet domain names for her new soft play cafe business, Full of Beans.

The Apprentice returned to our screens last Thursday at 9pm for series 17.

How important it is, if you want to be happy and secure. My parents separated when I was eight, and my mum raised me as a single mum. She was a medical secretary, but it was hard for her to work and manage the childcare with four children, so she was in and out of jobs. My dad is a taxi driver.

Money was always tight. Debt collectors would sometimes knock at the door. My mum would get upset about money. It affected her mental health.

I used to see her struggling, and think, ‘I don’t want her to go through that any more.’ And I don’t want to struggle like that when I am older. I recognised the freedom money brings from stress, worry and anxiety.

How did that affect your attitude?

One of the reasons I work so hard now is so that I can look after not just my immediate family – my children and my partner – but also my mum and my siblings.

I want to give them a life they have never dreamed they would be able to have. When I was 12, I used to tell my mum all the time, ‘I am going to be rich one day.’

Have you struggled to make ends meet?

There were times I would make scrambled eggs for breakfast, lunch and dinner

Many times. The most difficult period was after I had my eldest child, when I was 24. My partner and I were renting in London. It was a struggle when I went on maternity leave and my income fell.

Yes. Since appearing on The Apprentice I have earned £1,500 an hour doing motivational speeches to businesses.

Last year. I opened my second play cafe, Full of Beans, in Peterborough. I had opened my first one in Bourne, Lincolnshire, in 2020, just before lockdown.

Of course, the first few months were hard. But I think parents missed taking their children to soft play centres and cafes.

When lockdown lifted, they seemed to cherish those moments of being able to go somewhere with their kids, have a coffee and some peace. So in the end, it was good for us as a business.

This year, I’m opening a third cafe in East London. Over the 12 months, I’ve turned over £250,000 and raised more than £200,000 in investment. Already, I’m earning more money from my business than I ever have before in my life. 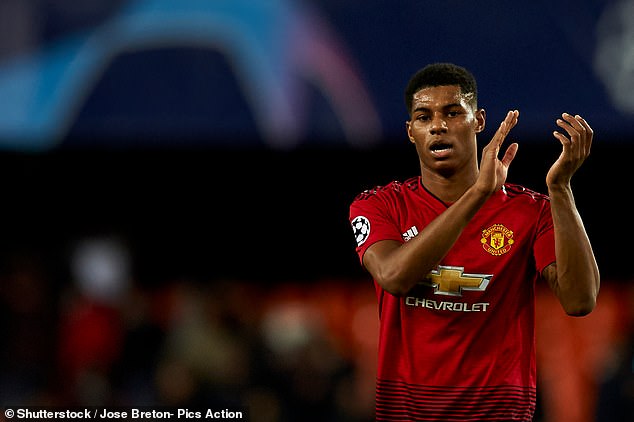 Inspiration: Kalifa says she admires the charity work of the footballer Marcus Rashford, and if she was Chancellor she would increase funding for free school meals

What is the most expensive thing you have bought for fun?

Setting up my cleaning business when my eldest was six months old. I was putting money into it, but I wasn’t making enough from it. As business leader Linda Plant explained to me on The Apprentice, I was more focused on having shiny vehicles and a swanky office than on profit margins.

I shut it down after The Apprentice when Lord Sugar told me the business was not going to work for him. I thought, ‘He knows what he’s talking about, maybe I should take a leaf out of his book.’ In the end, I lost about £20,000 on that business.

You might think it was going on The Apprentice, but it was actually paying £23,000 to buy the internet domain names fullofbeans.co.uk and fullofbeans.com. People might think I’m crazy, but when you have a vision, you know it’s worth it.

Do you save into a pension or invest in the stock market?

No, I don’t and I never have. I haven’t had the money to do so. Now, everything I have I’m investing in my business.

Yes. Last January, my fiance and I bought a three-bedroom house in Stamford, just outside Peterborough. We are renovating it. I’d rather not say how much it’s worth.

A spa break with my fiance four times a year. We go to Champneys and because we’re Vitality insurance members, we get 75 per cent off.

It usually costs £130 for both of us, including all meals. I think downtime is important when you’re driven and ambitious.

If you were Chancellor what is the first thing you would do?

Seeing children going hungry at school hits home. Also, my mum works in a hospital where there are 14-hour waits for patients. I would address that by increasing funding for the NHS.

It’s sad to see nurses not financially well off when they do so much for the country. I would put their salaries up.

Yes. I give monthly to Water Aid and Islamic Aid. I also fundraise for different charities. For example, I shaved my head recently to help a friend, a mum at my child’s school, who has breast cancer. We raised £1,200 in total.

Security for my loved ones: my three kids, Sorayah, eight, Taaliah, six, Anayyah, two, my mum, my partner and my siblings. Family and security is always top of my list.