Apple’s shares dropped by 3.9 percent in premarket trading on Wednesday following news that the tech giant is cutting production of its new iPhone 14 after seeing  weaker-than-expected demand.

Sources familiar with the matter told Bloomberg that Apple is forgoing an additional six million handsets this year on top of the already 90 million units that were produced in 2021.

The lack of enthusiasm among consumers is likely due to price increases for markets outside of the US and inflation, leading consumers to stick with their older iPhones instead of purchasing the latest model.

Users who did purchase the iPhone 14 have reported several issues with the handset, such as cellular connection problems, vibrating cameras and the device randomly restraining while being charged.

Apple is seeing a low demand for its new iPhone 14 and as result, is cutting production of the handset this year

Apple debuted the iPhone 14 on September 7 during its ‘Far Out’ event and although the exterior did not change, it included several new features that can detect when you are in a car crash, track ovulation and connect to satellite internet.

The device starts at $799 in the US, similar to previous iPhones, but across the Atlantic, the handset is starting for more than $900.

However, the iPhone 14 Pro is a huge hit and dominated the first week of pre-orders, which may be due to the large upgrades included in the smartphone.

The Pro has a brighter display, which earned it best smartphone display, features a better camera with up to four times the resolution of its predecessor and the new Dynamic Island that uses dead space on the smartphone to house the selfie camera and Face ID. 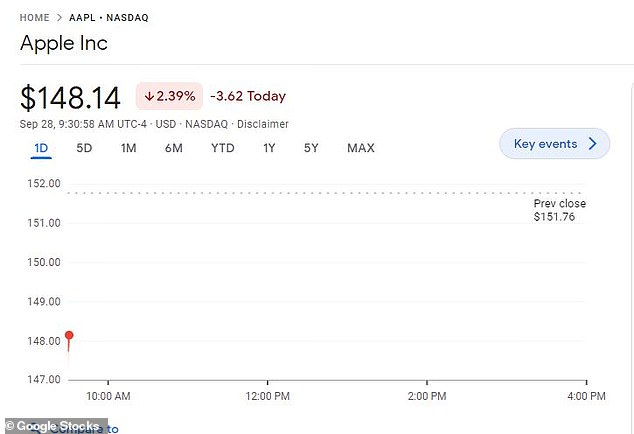 Scrapping plans to increase production is said to have caused Apple’s stock to drop Wednesday by 3.9 percent in premarket trading 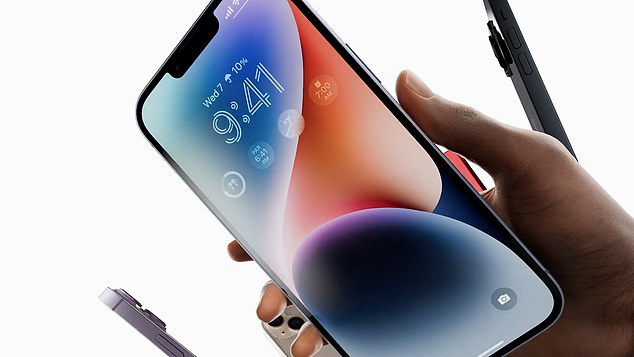 However, the iPhone 14 Pro is a huge hit and dominated the first week of pre-orders, which may be due to the large upgrades included in the smartphone

However, the same cannot be said for Apple’s iPhone 14.

Consumers who opted for the new smartphone have reported several issues – one being with cellular connection.

‘I think it is something with the new iPhones. My signal is usually 1 to 2 bars at home with a 14 pro, but my brother is on my plan with an iPhone 13 and when he’s over he has all 4 bars. His 13 also gets much better speeds on 5G than I do currently. Hopefully it’s something an iOS update will fix,’ a user shared.

No one knows what is causing the issue, but it happens with MagSafe and Lightning charging.

And the upgraded iPhone Pro camera is found to sometimes ‘rattle and shake.’

These problems, plus an increased price, may be enough to deter consumers from trading in their old iPhones for a new, more expensive version.