AO World slumps another 8.5% as the electricals retailer is forced to tap investors for a £40m lifeline

Troubled AO World has been forced to tap shareholders for £40million to shore up its creaking finances.

The electricals retailer sold a chunk of shares at 43p each having seen the price collapse over the past 18 months.

AO, which sells everything from fridges to TVs and computers, has had a torrid week after it emerged a credit insurer pulled its cover as the cost of living crisis hit sales.

It sought to reassure investors on Monday, highlighting access to an £80million loan facility and saying trading was ‘in line with expectations’.

But on Tuesday shares kept sliding as brokers raised fears it would be forced to tap shareholders for funds to survive.

Julie Palmer, at corporate restructuring firm Begbies Traynor, warned this week that once credit insurance is removed, a demise can be rapid.

The removal of the insurance has spelled the beginning of the end in the past for retailers such as Woolworths, HMV and Toys R Us.

And yesterday shares fell 8.5 per cent, or 4p, to 43p as it announced the fundraising.

Founder and chief executive John Roberts was mocked for describing the emergency share placing as ‘a sensible piece of financial housekeeping’.

He added: ‘This capital raise will give us the necessary foundation from which to go after the significant long-term growth opportunities that we see for AO in the UK.’ 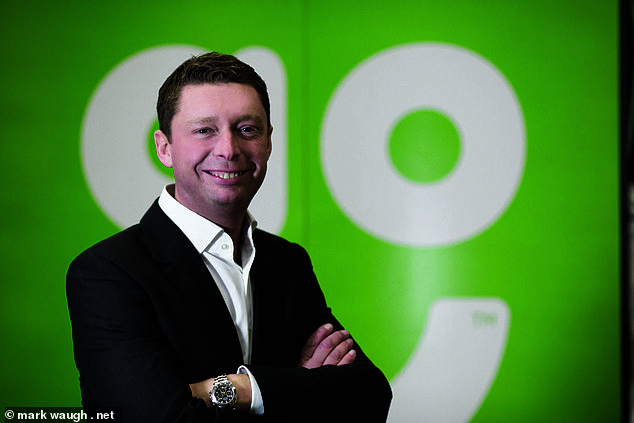 He said the funds would help it reach annual sales growth of 10pc, with strong profit margins, as it seeks to address the UK’s £23.4brillion online electrical goods market.

He called it a ‘rescue fundraise’, saying promises of a better financial performance were ‘wearing thin’.

AO is shutting its German business after intense competition, rising costs and a fall in demand for online shopping once lockdown restrictions eased caused a ‘deterioration’ to its outlook in the country, despite spending years trying to break into the market.

It was once seen as a Covid winner after lockdowns and a home improvement boom saw demand surge.