Donald Trump anxiously asked his aides if Ghislaine Maxwell had mentioned him after her arrest in 2020 for recruiting underage girls for Jeffrey Epstein.

The former President asked his inner circle: ‘She say anything about me?’ referring to the British socialite who he used to party with.

Trump’s interest was piqued by an article published in July 2020 in the New York Post which said Maxwell would ‘name names.’

He twice pressed his aides who were left in stunned silence, reports New York Times journalist Maggie Haberman in her blockbuster book about Trump.

The anecdote in Confidence Man: The Making of Donald Trump and the Breaking of America, which is out Tuesday, suggests Trump was nervous that he might  get swept up in the investigation into Maxwell.

Donald Trump asked his inner circle: ‘She say anything about me?’ referring to Ghislaine Maxwell just after her arrest for sex trafficking, a new book claims. They are pictured together in 2000 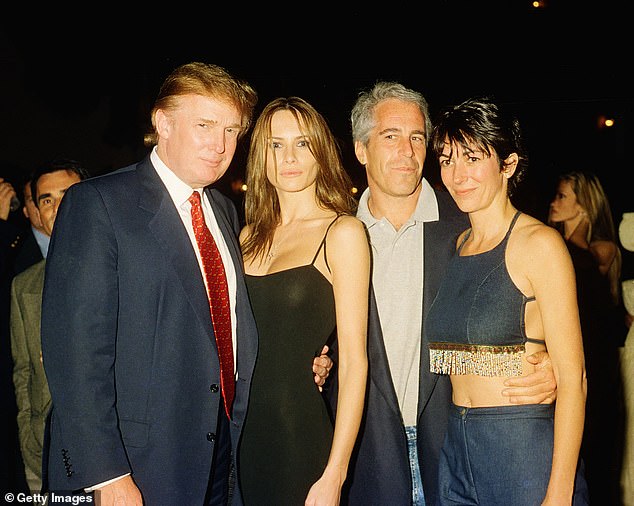 Donald Trump, Jeffrey Epstein and Ghislaine Maxwell knew each other as far back as the 1990s. Pictured together in February 2000 with Trump’s wife Melania 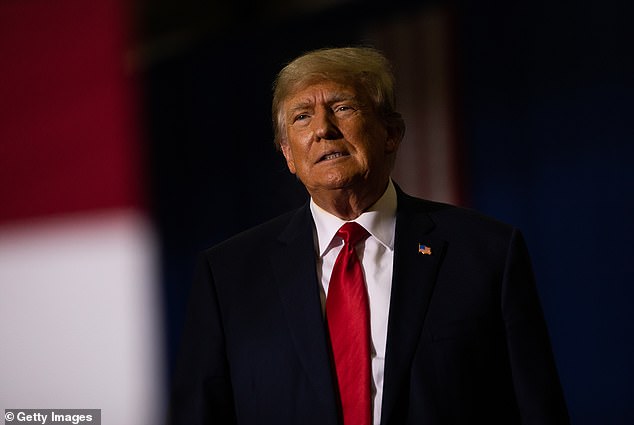 The anecdote suggests Trump was nervous he may get swept up in the investigation into Maxwell, who was sentenced to 20 years in prison

Maxwell went on trial last year and sentenced to 20 years in prison after being found guilty.

At no point did she cooperate with the prosecution and give up information about famous men she associated with, including Trump who once called Epstein a ‘terrific guy’.

According to ‘Confidence Man’, in July 2020 the Post article ran saying that Maxwell would cooperate with prosecutors to save herself. 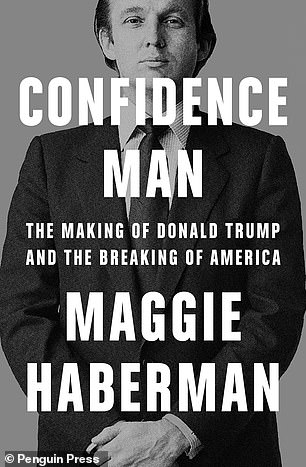 Steven Hoffenberg, a former business associate of Epstein’s said in the report: ‘She’s going to be naming some big names – not only in terms of those who abused underage girls at Epstein’s parties – but also those who made financial agreements with Epstein or benefited from his generosity, including flying on his plane and staying at his homes’.

Hoffenberg added: ‘Ghislaine thought she was untouchable – that she’d be protected by the intelligence communities she and Jeffrey helped with information: the Israeli intelligence services, and Les Wexner, who has given millions to Israel; by Prince Andrew, President Clinton and even by President Trump, who was well-known to be an acquaintance of her and Epstein’s’.

According to Haberman, Trump was sitting in the Oval Office with his top advisers and said: ‘You see that article in the Post today that mentioned me?’

The aides sat in ‘silence’ while Trump continued: ‘She (Maxwell) say anything about me?’

Weeks later Trump was asked about Maxwell’s arrest during a press conference in the White House and gave an answer which stunned the audience.

At the time Maxwell was accused of recruiting girls as young as 14 for Epstein to sexually abuse, and taking part in the abuse herself.

He said: ‘I haven’t really been following it too much. I just wish her well, frankly.

Trump added: ‘But I wish her well, whatever it is’.

Trump, Epstein and Maxwell knew each other as far back as the 1990s and all three were seen in footage shot by NBC at Mar-a-Lago in 1992.

In the clip the two men leer at a bevy of cheerleaders who are dancing in front of them while Maxwell can be seen in the background. 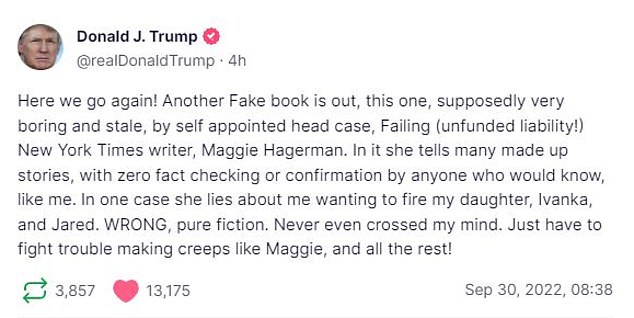 The footage shows Trump dancing with the women, cheerleaders for the Buffalo Bills football team and smiling as one cranes her neck toward him.

Trump, who is wearing a dark suit and pink tie, grabs one woman by the waist and dances with another as they chant: ‘Donald! Donald! Donald!’

He is then seen going to greet three guests who include Epstein, who is seen wearing a light denim shirt.

The former President alternates between dancing and talking to Epstein and pointing out the women, who are mostly in short skirts.

Epstein points one out and Trump points out another, saying: ‘Look at her back there, she’s hot’.

At the time the video was shot Trump was newly divorced from his first wife Ivana Trump and a year from marrying his second, Marla Maples.

In 2008 Epstein pleaded guilty to soliciting a minor for prostitution and jailed for 13 months under a controversial non prosecution agreement.

Epstein hanged himself while awaiting trial in 2019 after his arrest weeks earlier.

Trump has admitted knowing Epstein and in a 2002 interview with New York magazine and called him a ‘terrific guy’.

‘It is even said that he likes beautiful women as much as I do, and many of them are on the younger side. No doubt about it – Jeffrey enjoys his social life’. 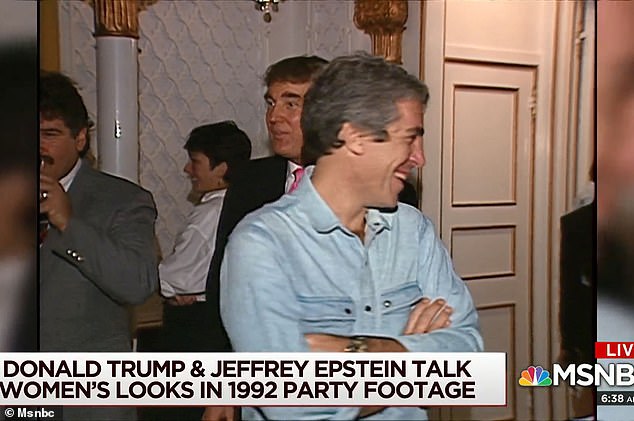 Trump, Epstein and Maxwell were seen in footage shot by NBC at Mar-a-Lago in 1992. In the clip the two men leer at a bevy of cheerleaders who are dancing in front of them while Maxwell can be seen in the background 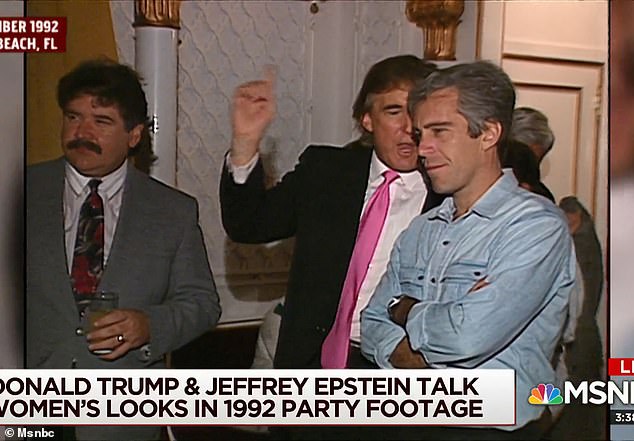 In the video, Trump alternates between dancing and talking to Epstein and pointing out the dancing women

But more recently the ex-president said they haven’t spoken to each other for 15 years after a falling-out.

According to court documents the row was because Epstein was accused of sexually assaulted a girl at Mar-a-Lago.

While in office Trump said: ‘I knew him like everybody in Palm Beach knew him. I was not a fan’.

The 1994 trip included Marla, Tiffany and a nanny which appeared to refer to his then wife Marla Maples and infant daughter Tiffany.