New 911 audio has surfaced of the woman who accused Antonio Brown of domestic violence telling police he sent ‘explicit videos’ to her son amidst the dispute.

Brown was wanted for battery in Florida, where he had a standoff with police after the warrant was issued on December 1, before charges were later dropped. The accuser was identified in multiple reports as Brown’s ex-fiancée and mother of four of his children.

Speaking to Tampa Bay Police Department – in audio obtained by TMZ – the woman said she and the NFL free agent had a ‘little argument’ in which her personal belongings were thrown out of their home in Tampa, FL. on November 28.

She alleged that Brown ‘started throwing a fit’ that morning, which resulted in her leaving the house with the children before it ‘escalated into anything violent.’

She then told the operator that he was ‘throwing her clothes out of the house,’ smashed [her] computer’ and was ‘sending explicit videos’ to her son.

While on the phone, she warned Brown: ‘This is not legal! You might want to go inside. You better hide out!’ 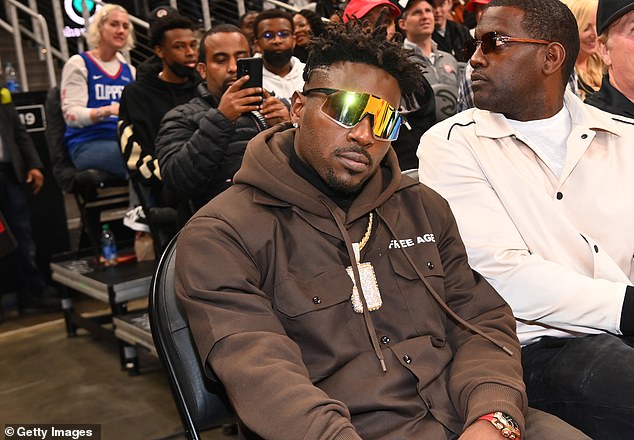 A second 911 call was also made, with someone purporting to be a neighbor referencing a ‘possible domestic violence case’, saying the mother and her children had been ‘thrown’ out of the house and were ‘too scared to go back inside.’

The battery charges against Brown were dropped, and the warrant for his arrest was cancelled by Florida authorities last month after the alleged victim in the case recanted her testimony.

State attorney Susan S. Lopez made the announcement December 20, explaining that the decision to drop the charges was made because her office could not definitively prove a battery had taken place. 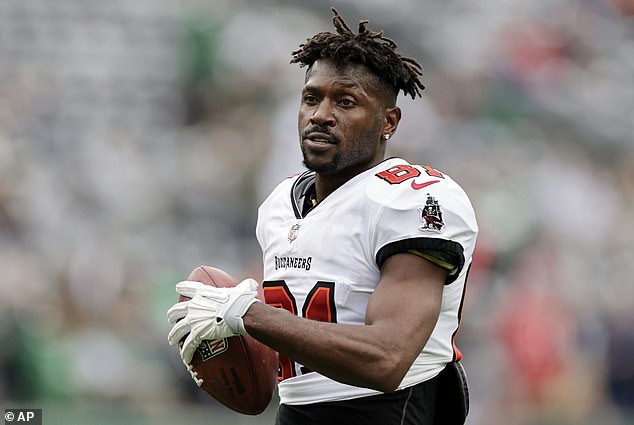 ‘After the alleged victim was sworn-in she recanted her previous allegations regarding Mr. Brown’s intent to strike her or cause her bodily harm,’ read a statement from Lopez’s office.

‘The [State Attorney’s Office or SAO] analyzed this new information along with the body worn camera video recorded at the scene, the Child Protective Services investigation, and the denial of a law enforcement’s Temporary Risk Protection Order and determined we could not prove beyond a reasonable doubt a battery took place.’

Brown was wanted for battery in Florida, where he had an ensuing standoff with police after the warrant was issued. He was accused of threatening to shoot a woman, according to police. 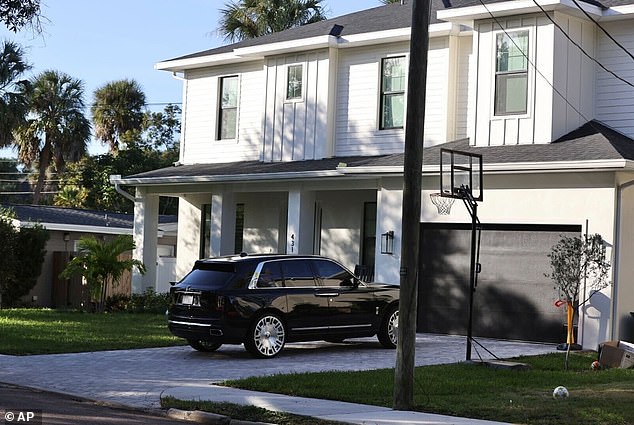 According to the initial police statement, Brown got into a verbal argument that turned physical at a home in South Tampa on November 28. At some point, Brown allegedly threw a shoe at a woman, whom he locked out of the residence. He’s also accused of throwing her possessions out onto the street as he attempted to evict her. The victim told officers that Brown had guns in the house.

On November 29, a judge denied a police petition for a temporary risk protection order that would have prevented the 34-year-old Brown from accessing firearms or ammunition.

‘On November 28, 2022, at approximately 1:30pm, the suspect and victim were involved in a verbal altercation at a home in South Tampa,’ according to the Tampa police statement. ‘At some point later on, the argument turned physical, after the suspect threw a shoe at the victim. The suspect also attempted to evict the victim from the residence and locked her out of the home.’ 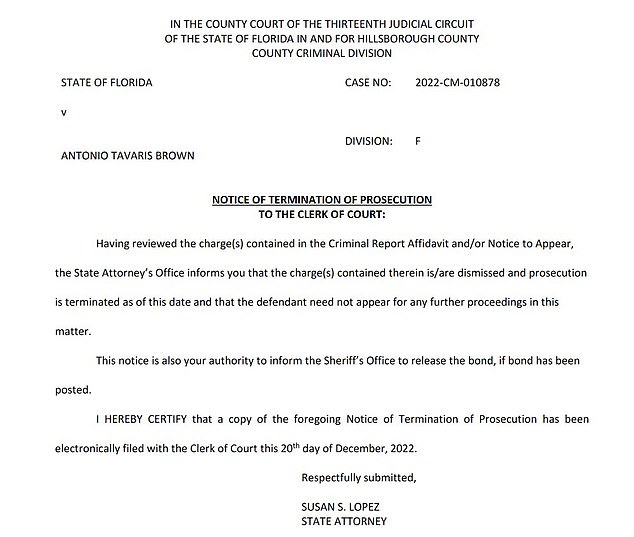 State attorney Susan S. Lopez made the announcement on December 20

‘The suspect exited the residence and threw a shoe at the victim striking her in the ponytail,’ read police report. ‘The victim had no injuries but believed the shoe was meant for her head. The suspect would not open the door or come outside to speak with officers. The suspect also during this incident attempted to issue an informal eviction to the victim.’

Brown barricaded himself in the house and investigators say he threatened to shoot the woman if she tried to enter. He did tell his children they could return to the home, but they said they were frightened, according to Tampa Police.

Officers were heard yelling ‘we’re not going anywhere’ to Brown, according to Tampa’s ABC affiliate.