By Ian Gallagher For The Mail On Sunday

A paramilitary group plotting to sabotage Britain’s coronavirus vaccination programme has disbanded after being exposed by The Mail on Sunday.

One V4F member chillingly described the proposed campaign as ‘bringing the fight to the people sticking the needle in’. 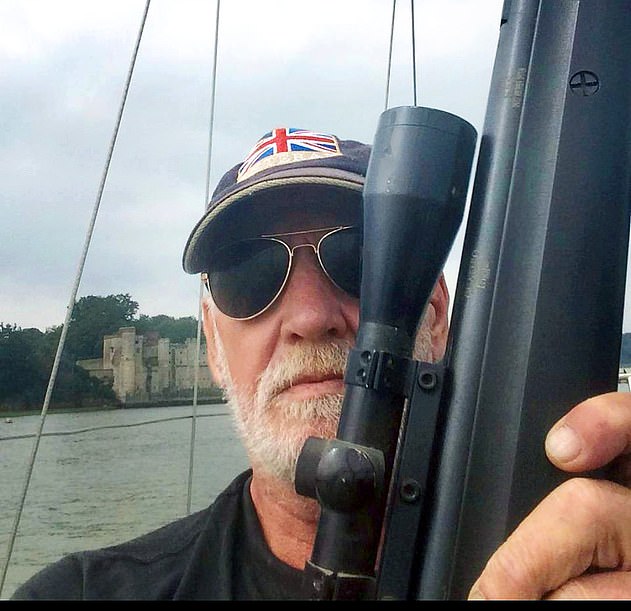 The sinister group planned to portray itself as a law-abiding organisation by marching peacefully on Parliament on Wednesday wearing Service ‘headdress’.

But the MoS infiltrated V4F – which boasted of having 16 operational ‘cells’ – and found it was planning to escalate its covert activities with some members arming themselves with crossbows.

Some of the worrying messages sent between members of the ‘cell’ – discussing crossbows, slashing tyres and tracking NHS workers

V4F began to implode following the publication of our investigation last weekend. Its leader, a former Royal Marine who uses the name Bellzaac, wrongly suggested that the MoS was tipped off by the security services and claimed to have been ‘buzzed’ by a helicopter that shone a spotlight on his house. ‘Didn’t go till I went outside. My parents house has been compromised and the only people who could’ve got that those details are you know who,’ he wrote. ‘Have been constantly followed. I also got intercepted on my holiday.’

Bellzaac later posted a message on his publicly accessible Twitter account saying: ‘I’ve had to pull the plug on the movement/organisation. Basically we were a peaceful group and have been labelled with being something we are not. We wanted to do this legally & lawfully.’

In private, however, he was less benign. ‘We are f****** cavalry,’ he wrote on Telegram last month. ‘No one else is going to do what needs to be done when it gets messy.’ The former Serviceman believed to be Bellzaac did not respond to requests for comment.

The MoS also watched members of V4F’s Devon ‘cell’ during its inaugural meeting in the beer garden of a pub. 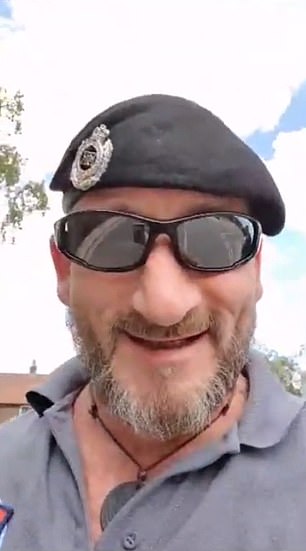 Afterwards, its members reported back to the wider group, saying they had produced ‘great ideas for local action’ including ‘blockading any supermarkets that require jab passports’ and sending a ‘quick reaction force’ to schools should they begin vaccinating children.

Since Bellzaac said he had closed the group down, some V4F members have formed a new group, the Global Veterans Alliance. One of the leaders wrote: ‘We have to progress incredibly carefully. We have to be squeaky clean.’

The V4F group had hoped to garner public support with its march on Parliament on Wednesday. One said of the planned protest: ‘We have to look military and the part, proud protectors of our oaths.’

But a senior member made clear plans to escalate the group’s covert activities: ‘If it comes to an insurgency, the military will become enemy combatants and we’ll take them out using dirty tricks. They are identifiable by wearing a uniform. We are not.’

Others mentioned using radios to communicate at the event. Member John H, who posted a picture of himself holding a telescopic rifle, talks of receiving a walkie-talkie from a friend once in Loyalist paramilitary group the Ulster Volunteer Force.

V4F’s formation followed the revelation earlier this year that at least 16 members of the Armed Forces have been referred to the UK’s terrorism prevention programme – in the majority of cases because of concerns about far-Right activity.

The group has drawn comparisons with the American amateur militias that stormed Congress in January.