Anthony Martial has revealed he is happy to play anywhere at Sevilla after struggling to find his right position at Manchester United, who he has just departed on loan.

The Frenchman joined the LaLiga title challengers on a six-month loan deal worth £5million in loan fees to Sevilla, after struggling for game time at Old Trafford this season.

Martial struggled to find a place in a United team filled with many attacking talents, including Cristiano Ronaldo, Jadon Sancho, Mason Greenwood, Marcus Rashford and Edinson Cavani – with both the left wing and striker roles very filled up. 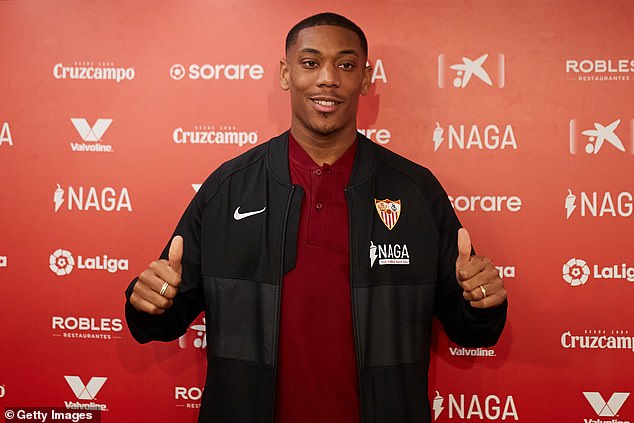 But Martial admits he does not mind where he ends up playing in Sevilla and is ready to start playing immediately.

‘I’ve spoken with the coach, but the most important thing for me is playing,’ Martial told the Sevilla official website. ‘It doesn’t matter where, so I can do my best and do what the manager wants from me.

‘I’m ready to play. I trained hard to be ready and if the coach wants me to play, I’ll do it now.’

Martial will now compete with Sevilla attackers Rafa Mir and Youssef En-Nesyri for the striker roles in Julen Lopetegui’s squad, while the likes of Erik Lamela, Lucas Ocampos and Papu Gomez are the wide options. 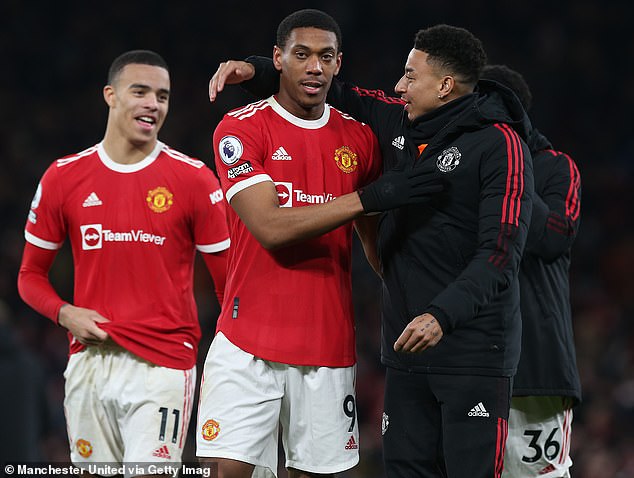 The 26-year-old had told United he wanted to leave with Sevilla his first choice. There were tentative approaches from other clubs such as Newcastle and Tottenham but Martial was keen to go abroad.

Juventus and Barcelona were also interested but did not want to take on his salary.

But irrespective of the striker position, Martial admitted that a major factor for him picking Sevilla as his club for the rest of the season was down to how much they wanted to have him in their team.

‘What convinced me to come is the contact with the sporting director and the coach, they showed me that they wanted me,’ Martial revealed. 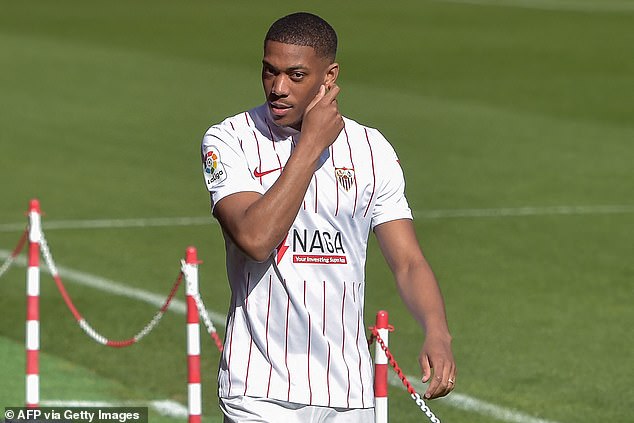 ‘I wanted to come so I could play and show what I can do in the team. In the last few months I have been training a lot.

‘I hope to be able to train soon with my team-mates and work well with them to fight for the competitions we’re still in.’

Martial could make his debut for Sevilla on the first weekend in February when Lopetegui’s side travel to Osasuna for a LaLiga challenge.

Sevilla went into the winter break four points behind leaders Real Madrid having played the same amount of matches, with 16 rounds of fixtures remaining in the season.