Oleksandr Usyk may not be Tyson Fury, but make no mistake – Anthony Joshua is in a real fight this weekend.

The slick southpaw, a former Olympic gold medallist and undisputed cruiserweight champion, is undefeated as a professional and cannot be taken lightly.

Joshua is the favourite to retain his world heavyweight titles in Tottenham, but there is a perceptible element of trepidation around this fight that isn’t usually there when AJ performs. 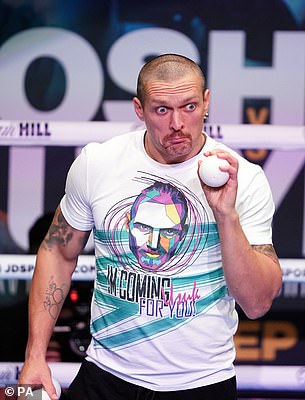 Even his own promoter Eddie Hearn admitted he is going to be in for a long night and at times may be watching ringside through his fingers.

The general consensus is that Usyk has all the tools to bring everything tumbling down for Joshua if he can withstand his heavier hands.

Here, Sportsmail brings you all the big fight predictions from the sport’s stellar names ahead of Saturday night’s intriguing heavyweight showdown.

Fury told Seconds Out: ‘I think he walks straight through Usyk.

‘People are trying to build it up as a scary fight but (Usyk) didn’t have the power to halt cruiserweights like Mairis Briedis or whoever else he fought.’

Fury also insists he wants his great rival to win, keeping alive the prospect of an undisputed showdown between the pair.

‘Do I want him to win? Definitely,’ he said. ‘Because me beating up Usyk doesn’t make as much sense or as much money as me beating up Joshua in the big fights everyone wants to see.’ 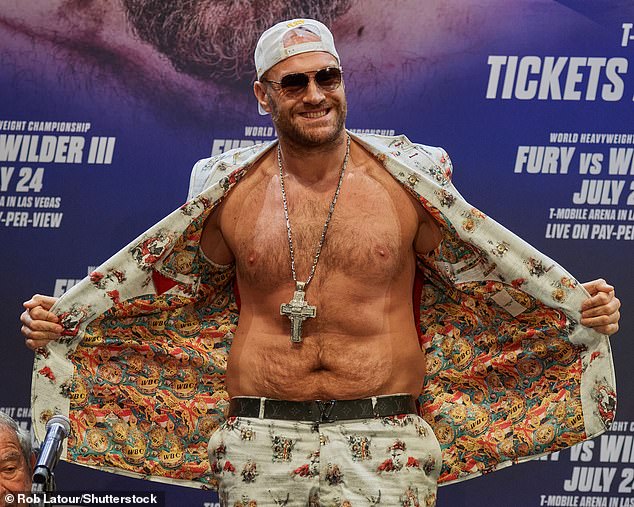 Joshua vs Usyk: The odds

*odds as per Betfair

‘Joshua will stop him in the first five, six, or seven rounds,’ Whyte told BBC 5 Live.

‘Usyk will start fast, and Joshua will be a bit cagey because he’s a southpaw, and he’s lighter.

‘Joshua also lacks confidence sometimes in fights where he can get caught up (thinking), ”He’s a good boxer.”

‘Hopefully, he goes back to his old self and starts pressing Usyk and being the bigger, stronger guy and starts backing him up and hitting him with stuff.

‘I think he can get the job done early. Usyk is a good southpaw, but he’s an aggressive southpaw as well.

‘He likes to press the fight, but Joshua has height and reach, and power. If Joshua wants to set the pace, he can get an early knockout.

‘But if he wants to prove who’s the better boxer, I think he’ll struggle.’ 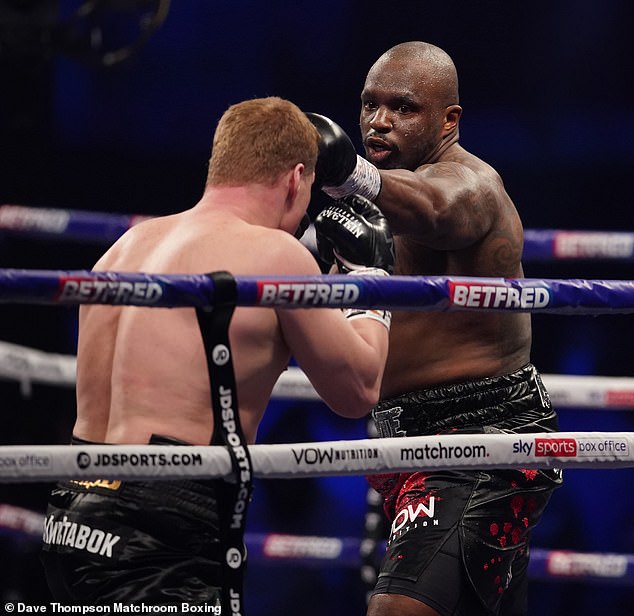 ‘I’m very nervous, which is great,’ he said. ‘I want to be nervous because I then know it’s a real fight.

‘This is probably AJ’s toughest ever fight and I think he’s going to prove to the world how good he is. He’s ready for this fight but it’s the ultimate challenge with someone that’s very strong mentally.

‘Mentally it will be draining (for Joshua) because he’s going to have to think a lot, there will be a lot of feints from both men and reactions are going to be key.

‘I just can’t wait to watch it unfold, it’s a real, real high-end heavyweight fight. (Usyk is) going to be a tough, tough nut to crack. AJ’s got to break him down, beat him up and hopefully take him out.’ 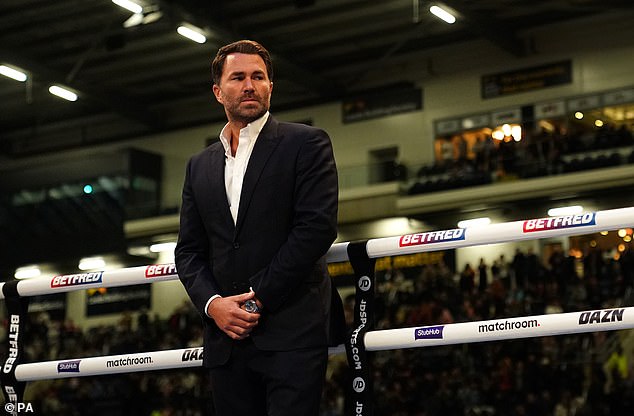 ‘Anthony Joshua must be the favorite for the fight,’ Warren told iFL TV. ‘He’s the bigger guy, much bigger, and he’s a bigger puncher.

‘Having said that, if he (Joshua) doesn’t get rid of him, and if he’s still there after five or six rounds, then it gets to the end of the fight, if that goes 12 rounds, I would fancy Usyk to get the decision because to get there, he’s going to have to outbox him.

‘He’s done everything you could ask for (at heavyweight). He’s come up a weight and fought Chazz Witherspoon, went seven rounds, and he fought Derek Chisora.’

He said on iFL TV: ‘I don’t think Anthony Joshua beats Usyk unless he knocks him out.

‘This is heavyweight boxing, so there’s always going to be knockouts.

‘(Usyk) is strong enough and he’s an Olympian and all that. He has the accolades and attributes to do so.’ 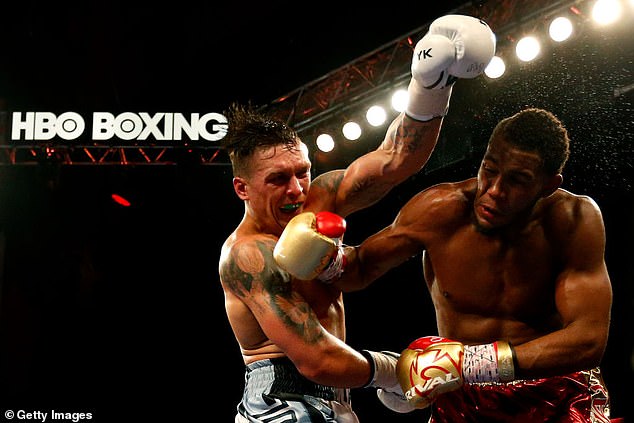 Michael Hunter, who fought Usyk in 2017, believes the Ukrainian has the attributes to beat AJ

‘Usyk is extremely smart and can certainly box, he has shown that at cruiserweight. But I just don’t think he has the size to beat someone like Anthony.

‘And Anthony has shown that he is smart too, he demonstrated that in the rematch with Ruiz where he really boxed well.

‘So personally I would fancy Anthony to win that fight.’

‘I think his style might be very effective if AJ was 6ft 2in and 14st,’ Haye told Sky Sports.

‘But AJ isn’t. AJ is 6ft 6in and he’s an absolute specimen, and he’s one of the best athletes ever in the heavyweight division. That just spells knockout defeat for Usyk.

‘If Usyk was the future of the heavyweight division and he’s going to be good enough to beat AJ, he should have at least stopped Derek Chisora or won by a landslide.

‘But he didn’t. He wasn’t able to keep the heavier man off him. He didn’t have the firepower. I just don’t see AJ having any problems.

‘I’ll tell you exactly what punch it’s going to be – a jab, right hand and then a straight jab again. The jab will knock out Usyk. He will knock Usyk out with a jab.’ 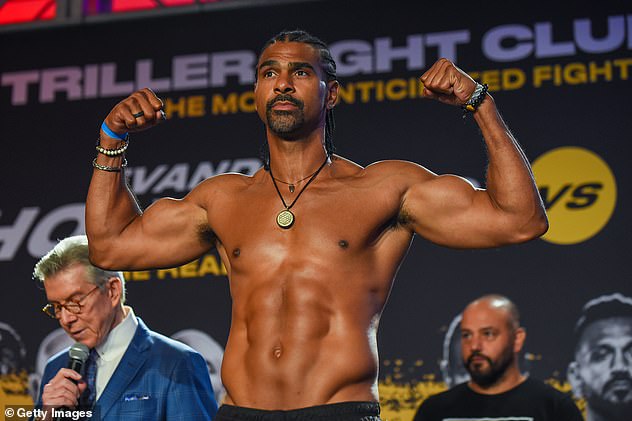 ‘Come rounds seven, eight and nine, (Usyk) is going to find out why he is not a true heavyweight,’ Bellew told talkSPORT.

‘I think Anthony Joshua’s speed, power and perseverance will be what catches up with Oleksandr Usyk. 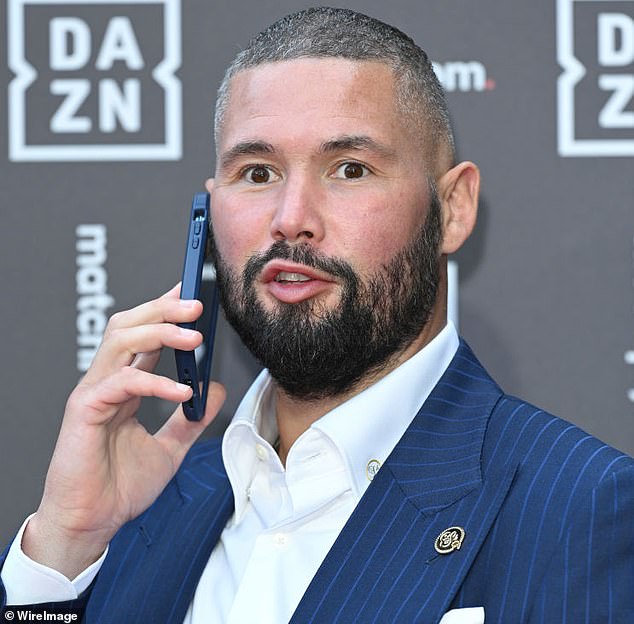 ‘Technically, Usyk is brilliant. He showed that in unifying the cruiserweight division in great fights and I believe he could be Joshua’s toughest test to date.

‘The only question mark for Usyk is: Is he big enough to compete with AJ? If Usyk keeps a high pace and makes Joshua miss with a lot of shots, that will work to Usyk’s advantage as he has probably got a better engine. You don’t want Usyk having any confidence.

‘Joshua is a phenomenal athlete with tremendous punching power and strength but has a tendency to tire out if the pace is uncomfortable for him. If I was Joshua, I would take control of the ring and try to dominate and bully off the front foot. If I was in the Joshua camp, I would say: ‘You want to keep this guy in his box. You don’t want Usyk having any confidence, so hit him hard and early.’

‘Usyk will want to be off the back foot for the first couple of rounds, then try to pepper Joshua.

‘This is the first fight when I wouldn’t be surprised if Joshua got beaten.’

‘I think Usyk could be a tricky fight for Joshua, but he should knock him out sooner or later you would think.

‘It is heavyweight boxing, so you never know, but Usyk is no joke. He is an Olympic gold medallist, a very skilled southpaw, so he will probably pose Joshua problems with his good footwork and ringcraft.

‘I do think Joshua will get to him, sooner or later.’ 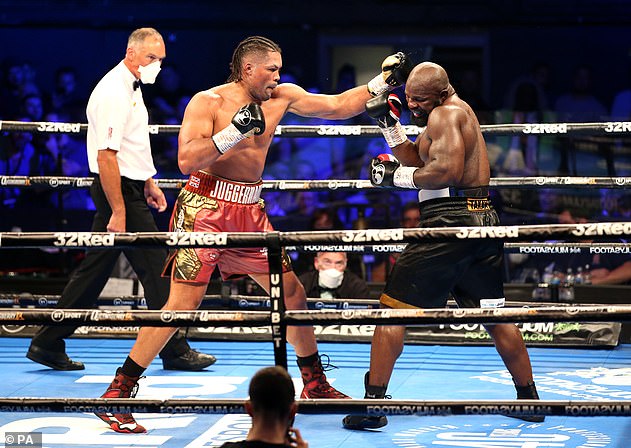 Ukrainians Vitali and Wladamir Klitschko – the latter of which was stopped by Joshua in an 11-round thriller back in 2017 – have also weighed in.

Vitali believes Usyk is in for the toughest test of his career, insisting his chances of success will come down to his pre-fight strategy.

‘This will be the most difficult match in Usyk’s sports career,’ he told Metaratings.ru. ‘Oleksandr has never met a boxer of this level.

‘(Usyk’s) chances? It all depends on him – on how correct the strategy and tactics will be. How much Oleksandr will be able to impose his fight formula on Joshua and prevent his opponent from using his height and weight advantage.

‘Joshua is taller than Usyk and will try to counterattack, also taking advantage of his arm length and powerful right hand.’

Wladamir, who has a relationship with both fighters, expressed his excitement ahead of the event but chose to sit on the fence.

‘Exciting matchup, Anthony Joshua vs Oleksandr Usyk fight,’ he Tweeted. ‘Looking forward to a war amongst champions!! Makes me so excited.’ 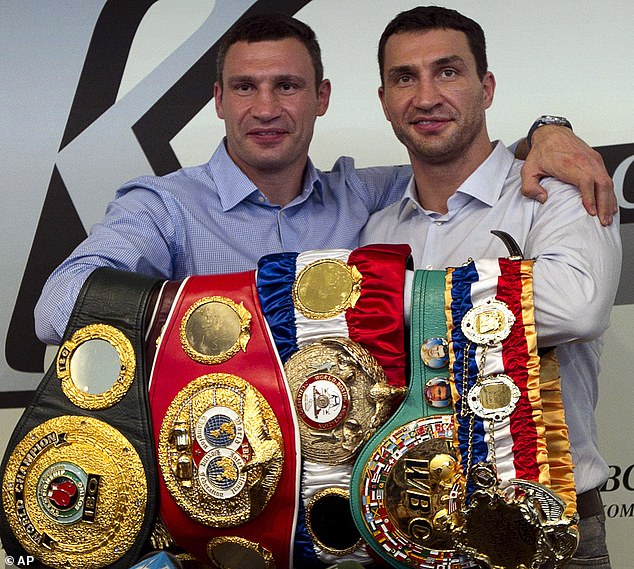