‘If I was told I’m fighting King Kong I’d give it a go!’: Anthony Joshua insists he will never shy away from fighting the best as he faces off with Oleksandr Usyk ahead of title defence… and Tyson Fury £200m epic on the horizon

Anthony Joshua has insisted he will never shy away from fighting the best as he came to face to face with pound-for-pound star Oleksandr Usyk for the first time ahead of his world heavyweight title defence on Saturday night.

Joshua, who has been warned he is in for the ‘toughest night of his career,’ will put his WBA, WBO and IBF world straps on the line when he takes on the undefeated Usyk at the Tottenham Hotspur Stadium.

Britain’s world champion already boasts a remarkable resume, but Usyk is widely considered to be one of his hardest challenges to date, something that has evidently not been lost on AJ.

The noticeable absence of obscenities and bloody promises that are normally exclaimed at pre-fight press conferences – as seen in the week when Canelo Alvarez and Caleb Plant faced off – showed that the mutual respect between these two heavyweight stars couldn’t be much higher.

There were no expletives or barbs aimed at one another, only Usyk’s choice of suit had eyebrows raised here.

Both men spoke calmly and assuredly throughout but exuded a steely readiness for battle. Usyk’s co-promoter described Joshua as the ‘best heavyweight on the planet’ and AJ returned a compliment to his Ukrainian adversary in turn.

‘You’ve got to want to train and want to put the work in and improve and you only get that with fighting the best,’ Joshua said during this friendly final press conference. 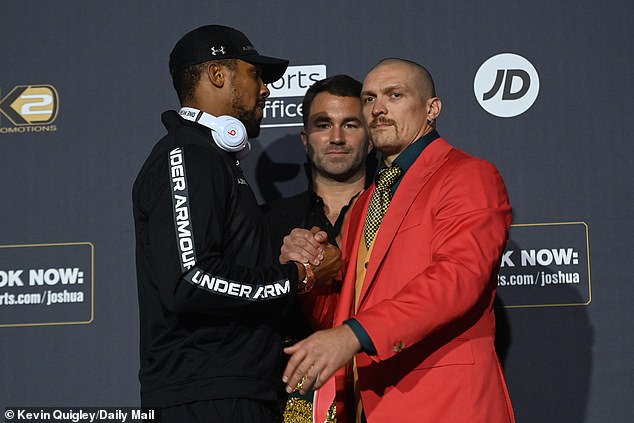 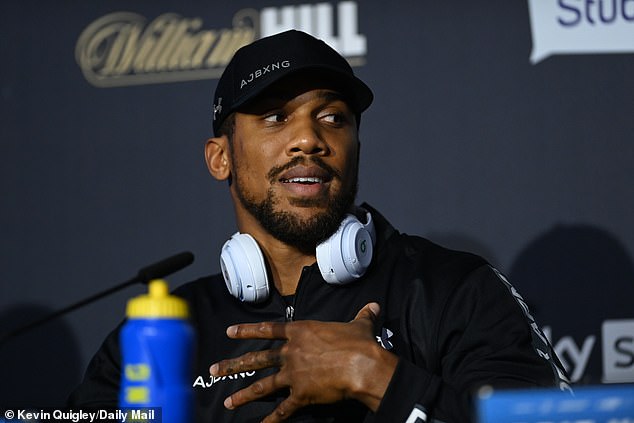 ‘But I would train and come back three months later and beat the guys up that was giving me problems.

‘This fight gives me the motivation to practice. It’s been demanding and challenging but we make it fun; when you can see improvements you want to do more.

‘I don’t fight good fighters to make me look good, it’s just simple. If you tell me to fight King Kong I’d give it a good go.’

Joshua, who is hoping to fight Tyson Fury in a £200m undisputed showdown next if he can successfully negotiate the Usyk puzzle, added: ‘I’m like a dog or a baby, if I get praised I want to keep going and do more. 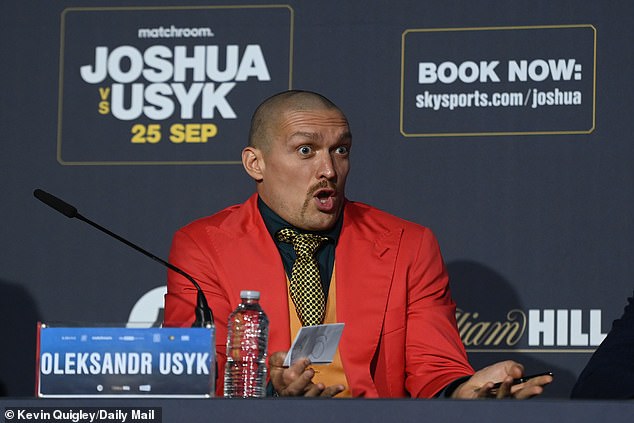 Usyk said he’ll be ready to deal with the pressures that come with fighting in front of over 60,000 fans 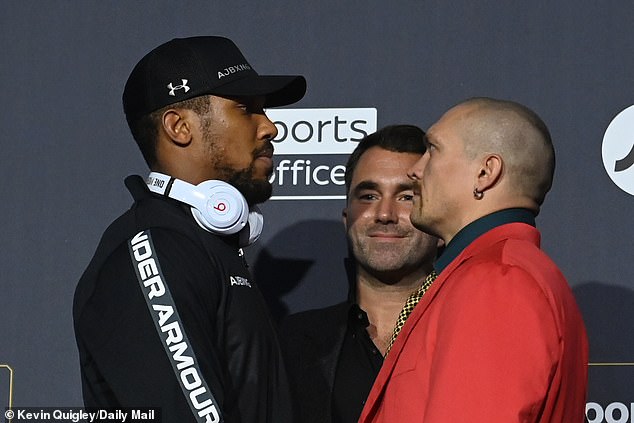 ‘I’m still in camp and on Monday and Tuesday I will be back in the gym.

‘I do a lot in the gym, hitting the heavy bag and things like that, and on Saturday you’re going to see me hit a live body bag.

‘I’m not an easy fight for anyone. God has blessed me.’ Usyk, a master boxer but who will be the smaller man on Saturday night, insisted he will be able to handle the pressure when he steps out in front of nearly 70,000 fans for his ‘historic’ fight with AJ.

He said: ‘I feel fine and I look forward to this.

‘Every fight makes history and I think me and Anthony are going to make another step in history; this is something people will later talk about and remember.’