Anthony Joshua is set to turn his back on Sky Sports and sign a lucrative deal with streaming service DAZN, reports claim, as the heavyweight prepares for his crucial rematch against Oleksandr Usyk this summer.

Joshua has fought on Sky Sports for the entirity of his career, with his promoter Eddie Hearn previously having an exclusive deal with the broadcaster to stage his fights, but the Matchroom Boxing chief has since negotiated a £100m-per-year deal with DAZN that has seen him bring his entire stable on board.

Joshua had been the exception to this deal as he had a separate contract to show his fights exclusively on Sky Sports, but that expired after his first fight against Usyk at the Tottenham Hotspur Stadium in September – and the heavyweight has now defected to DAZN, reports the Sun. 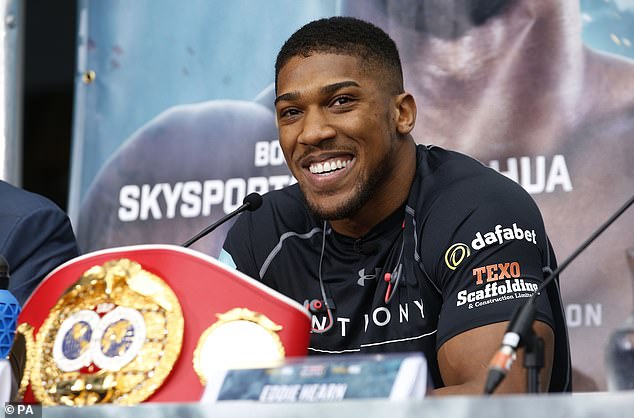 The Watford-born star has been the subject of a bidding war ever since, the report claims, but he is set to pledge his allegiance to Hearn’s new project with DAZN, starting with his next fight with Usyk – slated to be held in August in Saudi Arabia.

Sky Sports initially felt confident of re-signing Joshua as early as last month, the report continues, with DAZN even feeling they had lost the race to sign him.

But now the popular app have taken the driver’s seat after a ‘sudden swing’, and now an announcement could be made as early as next week.

Joshua has been with Matchroom Sport for all 26 of his professional fights and signed a life-time contract with the promotional company last September after Hearn’s guidance led him to become a two-time world champion. 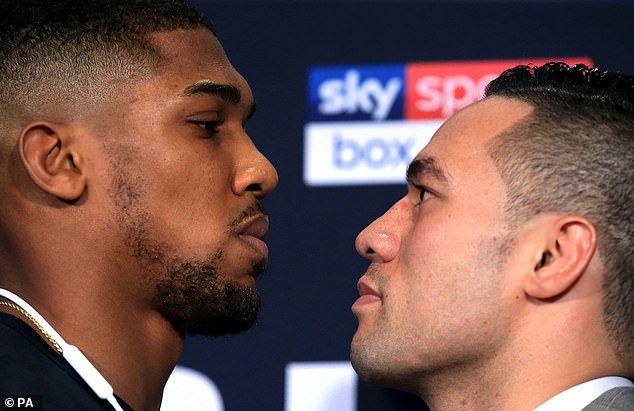 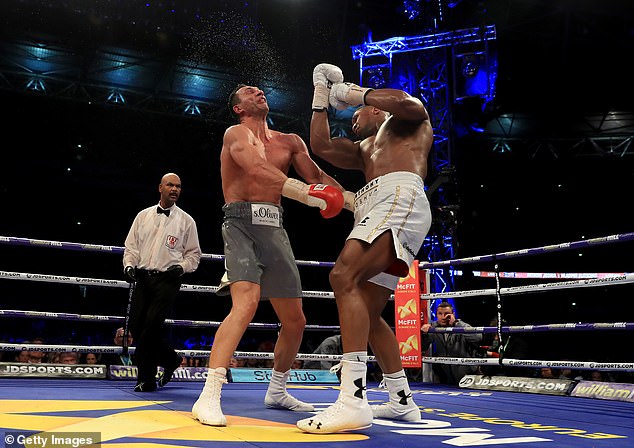 AJ said at the time: ‘We’ve built some great foundations over the years and I appreciate Matchroom – the company, the team, the family business.

‘That’s kind of what drew me towards you guys as well, the integrity that the Hearns have when it comes to boxing and business.

‘I’ve felt comfortable during my years as a boxer and I always felt that the business outside of sport is harder than the actual fighting due to the history and some of the problems that some fighters have had.

‘So, to be with Matchroom Sport has been a blessing for myself, my family and my team. 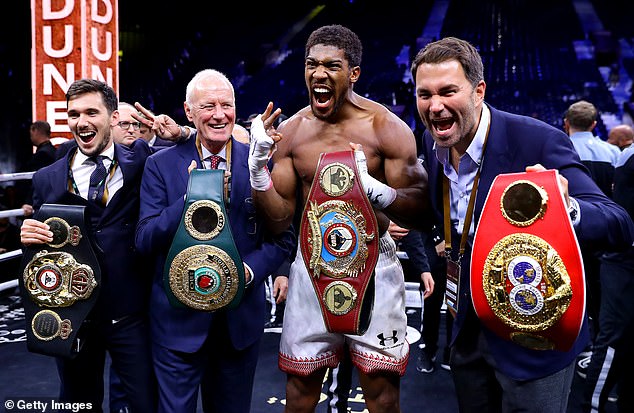 ‘Outside of that, what Matchroom Sport have done is created an environment for boxing fans.

‘The shows that we have managed to put on have been phenomenal. When I walk out to fight, I look around and I’m like, ‘mate, this is unbelievable’.

‘From where we began, to the middle of the journey, the foundations we have created are phenomenal and I can’t wait to see what the future holds.

‘In my humble opinion, what better place to be than Matchroom Boxing?