Anthony Joshua is on the brink of accepting a staggering £15million pay-off to step aside and allow rival Tyson Fury to fight Oleksandr Usyk.

Joshua was beaten by Usyk last September but has an agreement for a rematch in his contact with the Ukrainian. But organisers in the Middle East are desperate to stage a heavyweight unification bout between Fury and Usyk – as Sportsmail reported last week.

Now, according to The Telegraph, Joshua is on the brink of accepting £15m to step aside for now and then fight the winner later this year. 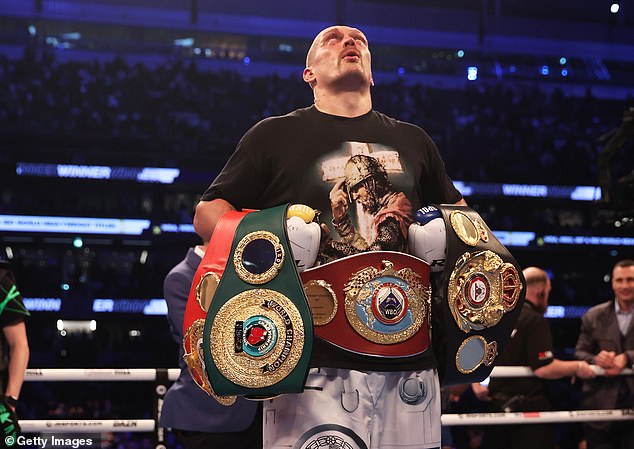 It would pave the way for a mega year of boxing with WBC champion Fury and IBF, WBA and WBO belt holder Usyk finally going head-to-head to unite the division.

Dillian Whyte was also in line for a showdown with Fury but is believed to be close to accepting a fee in the region of £5m to stand aside.

Sportsmail reported last week how Whyte could be in line to fight the last man standing at the end of 2022 – after Joshua’s bout with the winner of Fury v Usyk. 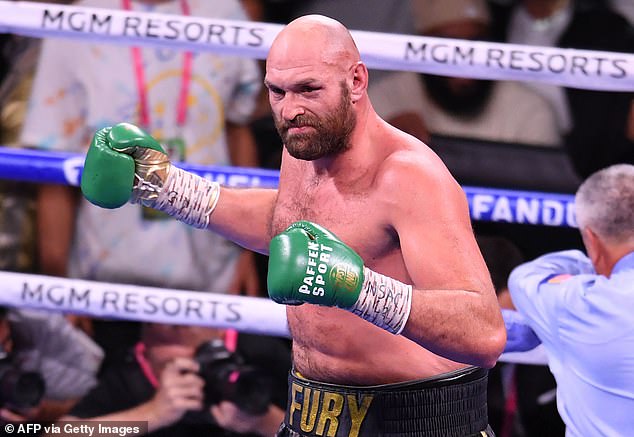 Tyson Fury could fight Usyk in the middle east, before the winner then taking on Joshua

Frank Warren, Fury’s UK promotor, hinted last week that a solution was in sight in sorting a heavyweight unification fight.

‘It’s a saga but if we can keep things between us, we can get something over the line one way or another,’ Warren said.

‘Everybody in boxing wants to see the undisputed fight between Tyson and Usyk, I want to see it just as a fan. So that is the fight we are trying to make.’