‘Come support… what I did is behind us. It’s all love’: Anthony Edwards encourages LGBTQ fans to attend Minnesota Timberwolves’ Pride Night game on Wednesday after getting in hot water over anti-LGBTQ comments four months ago

Minnesota Timberwolves’ star Anthony Edwards has encouraged fans to attend the team’s LGBTQ night on Wednesday, months after getting into hot water after making disparaging comments about the LGBTQ community on social media.

Edwards was initially fined $40,000 by the NBA for posting a homophobic Instagram clip referring to a group of shirtless men as ‘queer a** n****s.’ He since apologized for his remarks and insisted he was ‘working to be better’ and will do ‘whatever it takes to make it right’

He is now encouraging members of the LGBTQ community to come to the Timberwolves’ annual Pride Night game by saying: ‘Come support, you know, what I did is behind us. It’s all love.’ 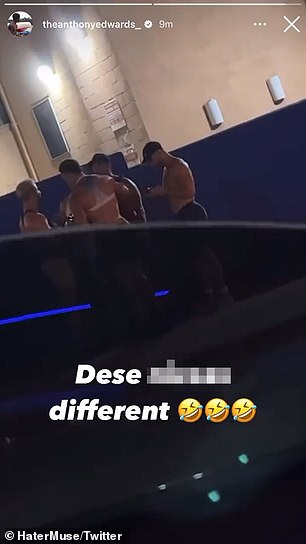 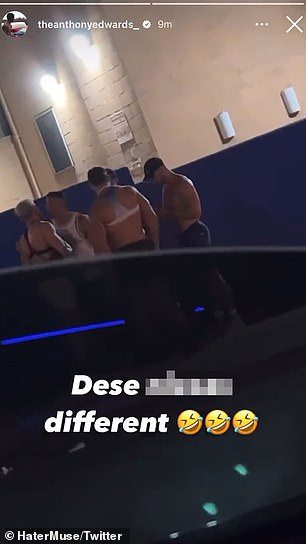 Edwards posted a clip on his Instagram of himself filming a group of shirtless men, in which he made a homophobic comment while a woman can be heard laughing

‘Just come support, man. Have fun at the game and I’m going to put on a show for you guys.’

Edwards also said he was planning a project to positively impact the LBGTQ community, with the help of the Timberwolves organization.

‘We got something going in Minnesota, me and my guys,’ Edwards said. ‘We’re trying to figure it out, and the team is helping me also.’

The 21-year-old has certainly made good on his promise to mature and better himself from the incident, which will certainly make the organization happy.

Minnosta’s organization and fan base will be even happier if Edwards could help the team progress to some more wins to improve on their 17-21 record, which is currently good enough for 11th in the Western conference.

Edwards is currently averaging 24 points, five rebounds, and 3.6 assist for the season. 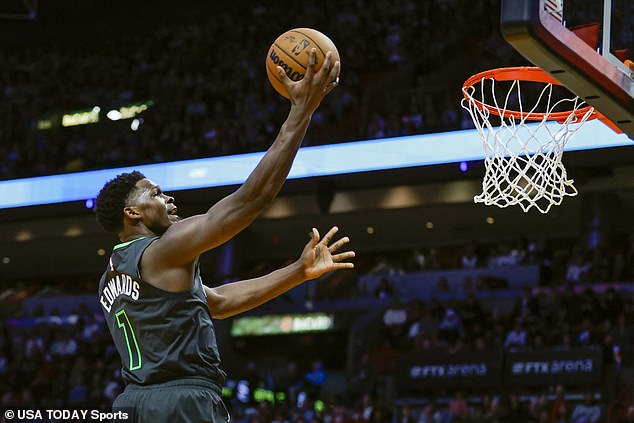