Prime Minister Anthony Albanese has stood firm on bringing back the fuel excise tax this month, acknowledging inflationary pressures on ordinary Aussies are set to rise.

The Albanese government has resisted calls to extend the discount on the 44.2 cents-per-litre excise, which ends on September 29, citing budget pressures.

Mr Albanese described it as a ‘difficult decision’.

The former coalition government halved the fuel excise – cutting it by 22.1 cents per litre – in March in response to soaring fuel prices.

‘If prices rise… of course, it has an impact, but that has been factored in of course, by the economic analysis, which has been done,’ Mr Albanese told ABC radio.

‘We have to make decisions based upon what we can afford, and we have one trillion dollars of Liberal Party debt.’

Treasurer Jim Chalmers has written to the Australian Competition and Consumer Commission to ensure retailers do not penalise customers ahead of the reintroduction of the full fuel excise.

The watchdog is being asked to ramp up its monitoring of anti-competitive retailer behaviour and to analyse fuel prices on a daily basis when the full excise is reinstated.

It will also write to fuel companies about passing on any price rises and will warn against giving customers misleading reasons for increases.

‘Refiners, importers, wholesalers and retailers should consider themselves on notice, the ACCC is keeping a very close eye on fuel prices across the country to make sure any increases are justifiable,’ Mr Chalmers said.

‘There should be no doubt that if there is evidence of misleading or anti-competitive conduct by fuel retailers, the ACCC will take action.’

The Reserve Bank is tipped to raise rates by at least 50 basis points on Tuesday, adding to the pinch households are feeling.

‘I think it’s appropriate that the government allow the RBA to do its job,’ he said.

‘There is of course, a review taking place of the RBA but … there’s nothing unusual about that, that’s happened before.’ 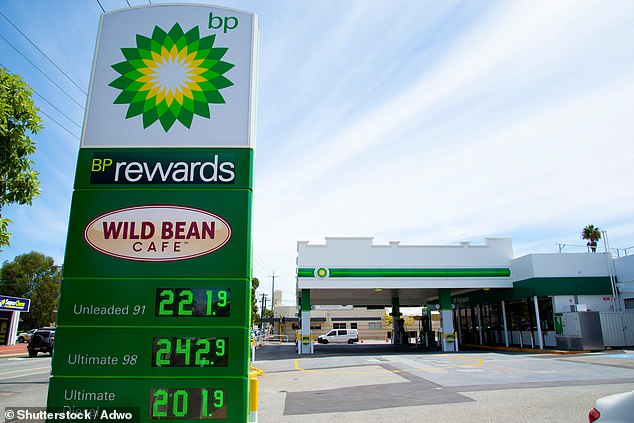 The Albanese government has resisted calls to extend the 44.2 per cent per litre cut, due to end on September 29